The bike has a 3-speed, manual, countershaft transmission.

Stopping was achieved via drum in the front and a drum in the rear. The front suspension was a girder fork while the rear was equiped with a hardtail, sprung seat. 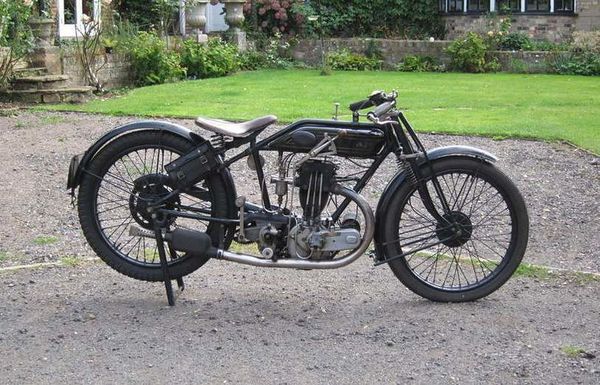 The 1927 AJS H6 Big Port 350 has, at its heart, an air-cooled, four-stroke, 349cc, single cylinder powerplant paired to a three-speed manual transmission, and can reach a maximum power output of 3 horsepower. This classic machine came with laced, large wheels, a single exhaust tube, a small fuel tank, a hardtail rear suspension in the rear, a sprung solo seat, and a girder fork as a front suspension plus a drum braking system.