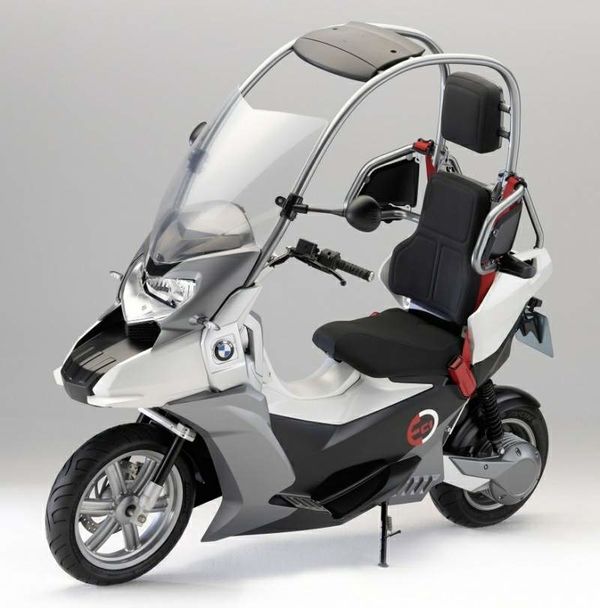 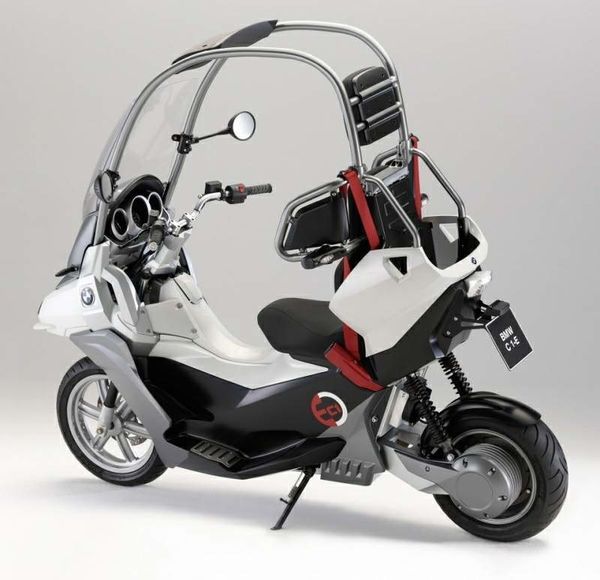 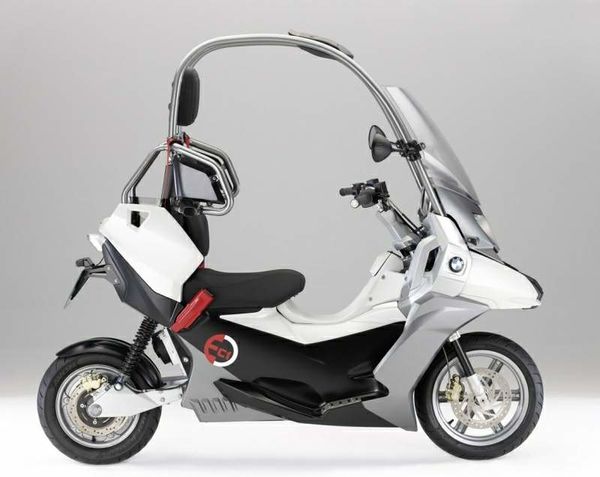 BMW is returning to the enclosed scooter concept, this time with an electric motor. Sold from 2000-2003, the original BMW C1 was a wonderful idea -- a scooter that could protect its rider from impacts -- executed poorly with odd engine choices, too high a price tag and a major misjudgment of European traffic laws. Equipped with seat belts, BMW hoped the C1 could legally be ridden in most markets without a helmet. Turns out it couldn't and sales suffered as a result. Now, BMW has updated the styling, swapped in an emissions-free electric motor and added a whole raft of active safety technology. The BMW C1-E is currently just a concept, but could hint at BMW's future scooter direction.

As a concept, the drivetrain isn't the C1-E's main focus. It's currently equipped with an electric motor from trouble Vectrix and Lithium-Ion batteries. The former likely won't be available much longer while the latter are the best technology on the market, but are currently too expensive for realistic production. Ignore all that, should a vehicle based on this bike ever come to market, it could adapt a more suitable motor/battery combo as they become available.

Much more interesting is the list of active safety technologies combined on this bike. Tyre pressure control and stability control are added to the BMW S1000RR's ABS and traction control, while theoretical future technologies could be sourced from the BMW ConnectedRide program, which seeks to increase the level of communication between a bike, its rider and the environment in which they operate. Combined with the C1's already impressive aluminum safety cage, side bumpers and front crumple zone, that'd be a seriously safe scooter. We're a bit sad to see that the C1's clever cargo/pillion area isn't carried over to the C1-E.

BMW has previously committed to bringing an electric two-wheeler to market by 2015. Should that promise be met with a product like this one, it'd offer an entirely unique proposition to urban commuters, combining the green credentials and silent operation of an electric scooter with most of the safety of small car. Our concern is that such a vehicle would suffer from the same problems as its gasoline-driven predecessor. In order to be successful, a scooter like this would need to convert car drivers to its charms, but it could struggle to do so with limited performance, a high price and inflexible traffic laws. Let's hope BMW has found better ways to address the C1's shortcomings because we'd really like to see something like this on the market.