Difference between revisions of "BMW K75T"

The bike has a 5-speed, manual transmission. Power was moderated via the single, dry plate.

It came with a 100/90-18 front tire and a 130/90-17 rear tire. Stopping was achieved via dual 285mm discs, 2-piston calipers in the front and a single 285mm disc in the rear. The front suspension was a telescopic fork with hydraulic shock absorber while the rear was equipped with a Monolover swinging arm. The wheelbase was 59.69 inches (1516 mm) long. 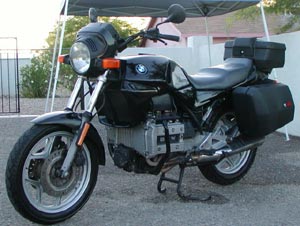 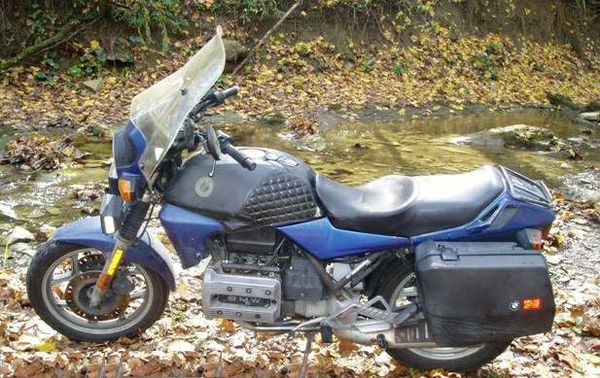 The 1986 MY BMW K 75 T was available for purchase only on the US market, and was differentiated by the base model through the fitting of hard, lockable, side-panniers, a touring dual seat and a large windscreen, for increased protection against the elements.

At its heart lies a liquid-cooled, four-stroke, 740cc, transverse three cylinder powerplant paired to a five-speed manual transmission, and can produce a claimed 75 horsepower and 68 Nm of torque.