In the early 1950s BMW concentrated on refining what were essentially pre-war designs, but by 1955 was ready with a brace of new machines, the BMW R50 and R69. Of 500cc and 600cc respectively, the newcomers inherited the updated, flat-twin engine introduced on the R51/3 a few years previously but deployed this in all-new cycle parts, the most notable departures from preceding practice being the Earles-type, leading-link front fork and swing-arm rear suspension enclosing the drive-shaft in the right leg - developments first seen on the works racers. A luxury tourer capable of over 100mph, the R69 cost as much as a small family car and sold to discerning enthusiasts for whom expense mattered little when set against the excellence of BMW engineering. The R50/69 were produced until the arrival of the slightly more powerful 'S' versions for 1961. The larger of these, the R69S, produced 42bhp and was good for a top speed of around 110mph. 'Luxury roadster with superb high-speed performance yet docile traffic manners; magnificent steering, roadholding and brakes,' was Motor Cycle magazine's verdict.

It came with a 3.50 - S18 front tire and a 4.00 - S18 rear tire. Stopping was achieved via 200mm drum in the front and a 200mm drum in the rear. The front suspension was a telescopic fork while the rear was equipped with a plunger shocks. 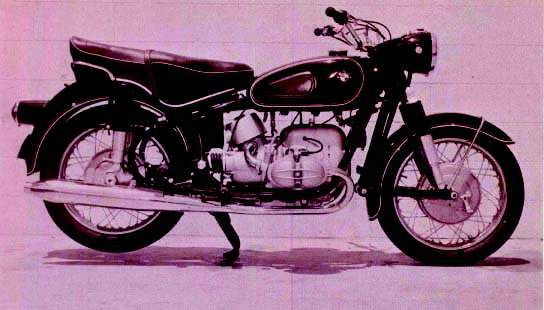 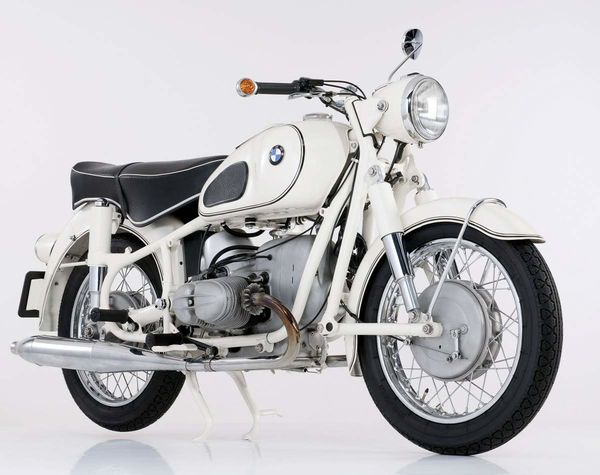 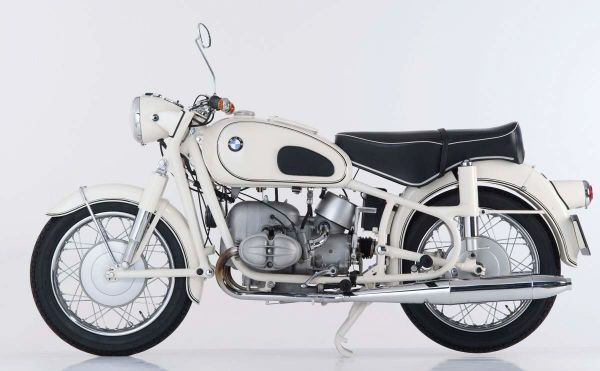 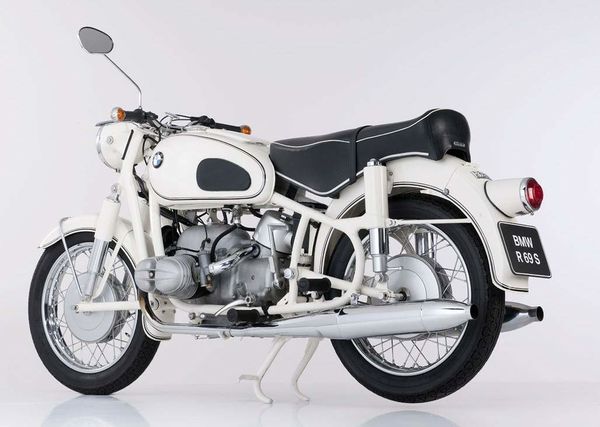 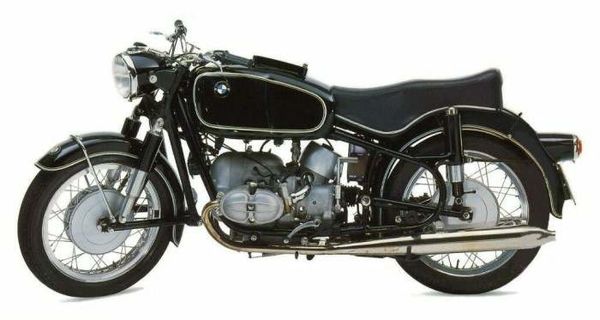 The 1960 BMW R 69S has, at its heart, an air-cooled, four-stroke, 594cc, boxer twin cylinder powerplant paired to a four-speed manual transmission, that can reach a maximum power output of 42 horsepower at 7000 rpm.

In addition, this sporty machine comes with features such as a dual seat, full fenders, a dual exhaust system with pea-shooter mufflers, a large headlight, laced wheels, drum brakes in the front and in the rear, a telescopic hydraulic front fork coupled to plunger shocks in the rear, laced wheels and an analogue speedometer. 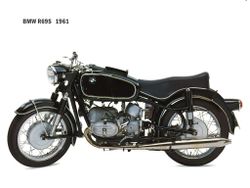