Difference between revisions of "BMW R75/5"

From CycleChaos
< BMW R75
Jump to navigation Jump to search

The BMW R75 was the main bike used by the German Army during World War 2. 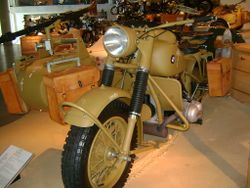 This BMW with Steib sidecar had originally been designed to tow a light gun, but the weight on the tow-bar lifted the front wheel off the ground. Armed with a mobile machine gun, the BMW was a rugged, reliable go-anywhere vehicle. Expensive to build, its cost was double of the Porsche designed VW (Jeep-like) vehicle, even so, 16,500 machines were built and remained in service throughout the war. The palm tree insignia indicates that this machine was part of Rommel's Afrika Korps. This bike was built to the same specifications as the Zundapp KS750. 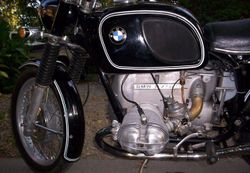 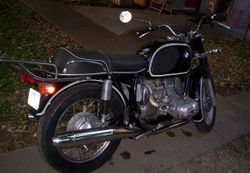 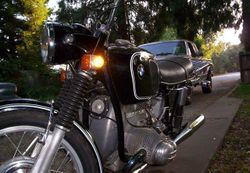 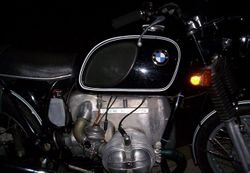 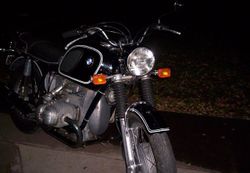 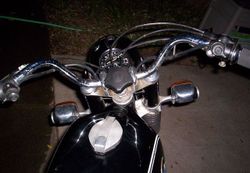 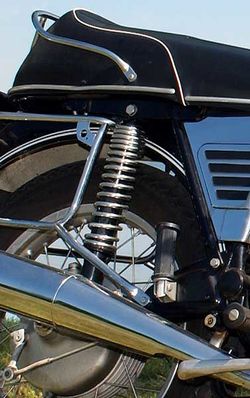 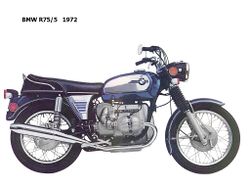 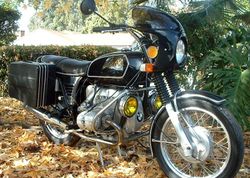 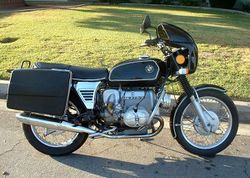 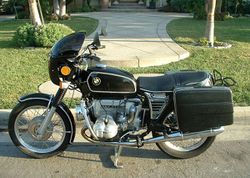 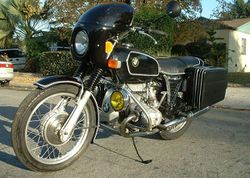 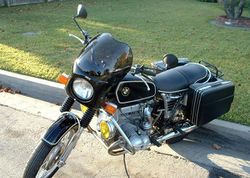 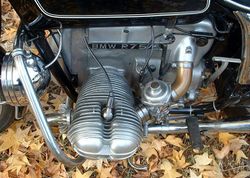 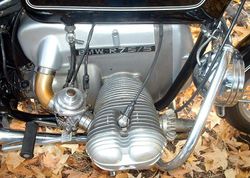 </sgallery> All slash-5 models have air-cooled, four-cycle, opposed-twin (boxer) engines with hemispherical combustion chambers. Their engine housings are one-piece tunnels housings. The camshaft, driven by a duplex chain, runs at half of the engine speed and is located below the crankshaft. This is the reverse arrangement from the /2 models and allows gravity to assist the delivery of oil to the camshaft. Valves are actuated by the camshaft through hardened followers, push rods, and rocker arms. The 500 cc and 600 cc models are equipped with Bing slide-type carburetors with 26 mm throats. The R75/5 comes with 32 mm Bing CV (Constant Vacuum/constant depression) type carburetors. As in all BMWs to the time, the clutch is a single-disk dry clutch. The slash-5s have four-speed transmissions and come with kick-starters as well as electric starters. The kick starters are less sturdy than on previous models and are a frequent point of failure, most often due to incorrect kick starting technique. They were intended for emergency use in the incident of an electrical failure. When properly tuned, a slash-5 can be started by operating the kick start lever with the hand, requiring very little force to start the engine. Final drive is by shaft, running from the transmission by universal joint to an oil bath within the right rear swing arm and connecting to a bevel gear and ring gear on the other end. Unlike the slash-2 models, the slash-5 models are equipped with telescopic front forks, 12-volt alternator and electrics, and standard tachometer and turn signals. 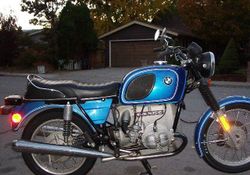 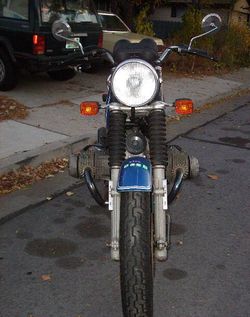 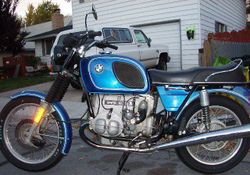 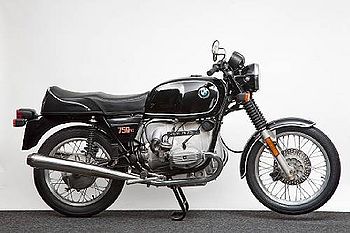 After only three years BMW's '/6' line-up was replaced in the autumn of 1976 by the '/7'. The R90S-style fuel tank (adopted across the range) and redesigned rocker covers were distinguishing features while at the top of the range, 980cc R100 models replaced the '90' series. Offering, arguably, the best compromise of power and economy, the R75/7 turned in an impressive performance when tested back in 1977 by Bike magazine, which reckoned it was faster than its maker claimed. The big BMWs have always been consummate touring motorcycles and the R75/7 came fully equipped for the job, boasting 'a stainless disc that stops you in the wet, superbly comfortable riding position and well-damped long-travel suspension, over 250 miles on one tank of fuel, the brightest headlamp in the

The engine was a air cooled two cylinder boxer, four-stroke. A 82.0mm bore x 70.6mm stroke result in a displacement of just 745.0 cubic centimeters. Fuel was supplied via a overhead valves (ohv).

The bike has a 5-speed transmission. Power was moderated via the Single plate, dry.

It came with a 3.25-19 front tire and a 4.00-18 rear tire. Stopping was achieved via single disc in the front and a expanding brake in the rear. The front suspension was a Telescopic fork while the rear was equipped with a Rigid, plate springs on the boat, tube springs on sidecar wheel. The R 75-7 was fitted with a 6.34 Gallon (24.00 Liters) fuel tank.

Being produced by BMW for only three years, between 1938 and 1941, the R75 745 bike was equipped with a four stroke two cylinder flat twin engine providing 26 horsepower at 4000 RPM.