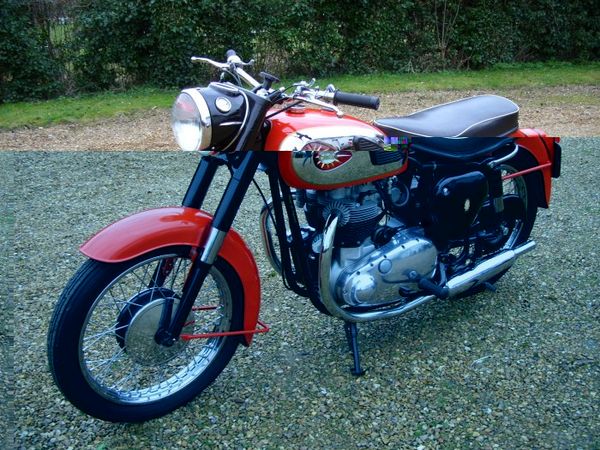 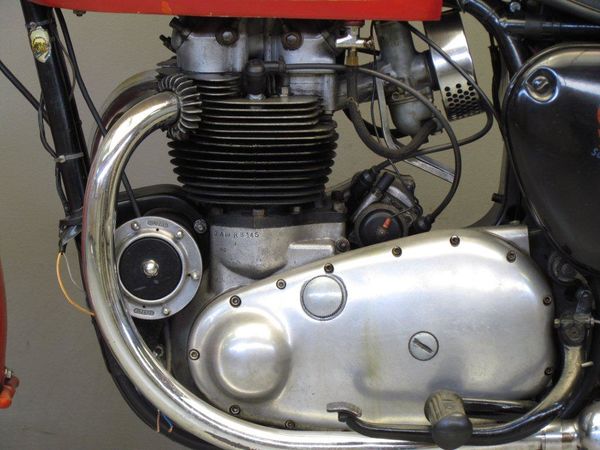 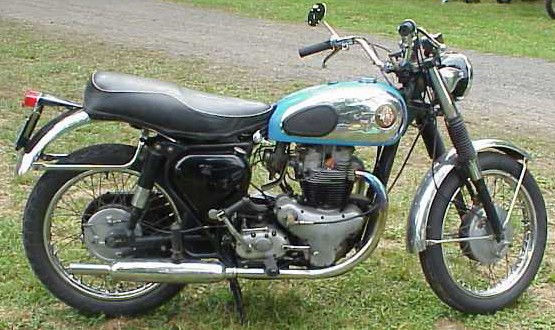 The 1959 BSA A10 Super Rocket has, at its heart, an air-cooled, four-stroke, 646cc, parallel twin cylinder engine mated to a four-speed manual transmission that can reach a maximum power output of 50 horsepower at 6250 rpm. It also has standard fittings such as a front telescopic fork coupled to a dual shock suspension in the rear, a dual seat, pillion grab rails, analogue instrumentation dials, a chromed dual exhaust system with pea-shooter mufflers, laced wheels, a round headlight and a drum braking system.