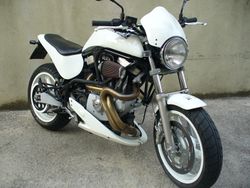 The Buell M2 Cyclone was produced from 1997 to 2002. It was in the middle of the Buell line up between the fast and light S1 Lightning and the comfortable but heavier S3 Thunderbolt. The S1 Lightning being the fastest and lightest of the bunch but offered a very narrow seat due to its minimalist approach for weight saving in this sport bike. The S3 Thunderbolt was a touring bike that offered a bigger wider seat and more comfortable riding position but was also a heavier motorcycle. The M2 Cyclone filled the gap between the sport and touring models with a bigger seat than the S1 Lightning and lighter and faster than the S3 Thunderbolt. The M2 was only available with the 1,200cc engine and five-speed transmission. The frame was of the tubular steel type.

The bike has a 5-speed transmission. The final drive was via belt. 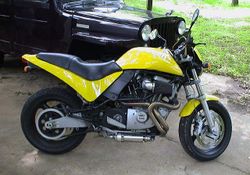 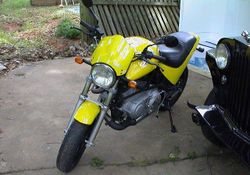 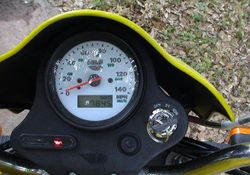 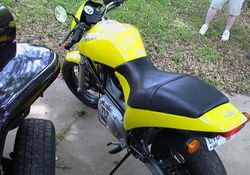