Two-seater motorcycle with Road Warrior based chassis and Sportster engine. The S2T Thunderbolt (1995–1996) was a touring version, with saddlebags. The S2 was inexpensive to develop (around $100,000), and 1400 units were sold in the first year—well over the 300 units Buell had projected.[2]

The bike has a 5-speed, manual transmission. Power was moderated via the wet multi-disc, manual. The final drive was via belt. 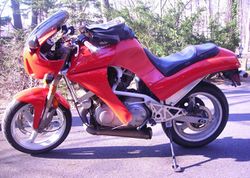 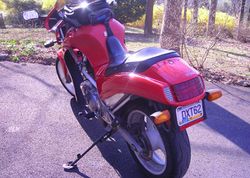 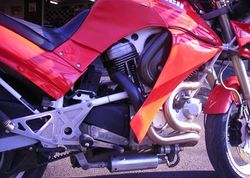 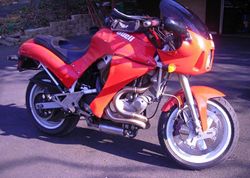 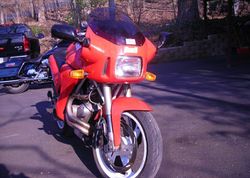 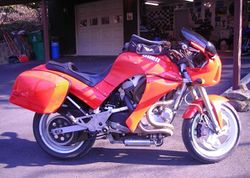 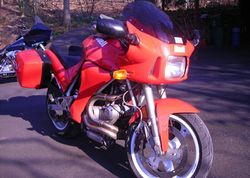 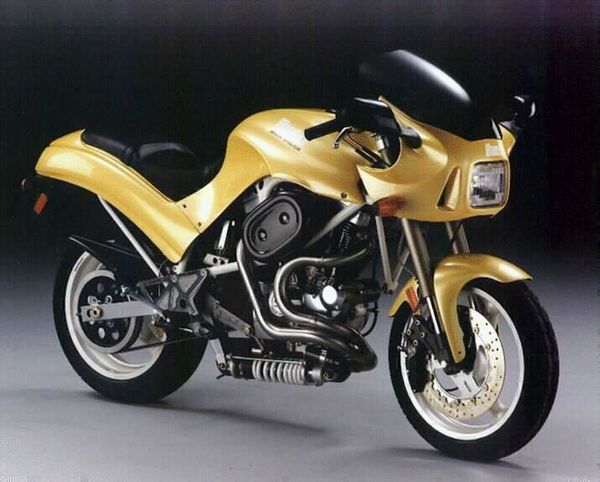 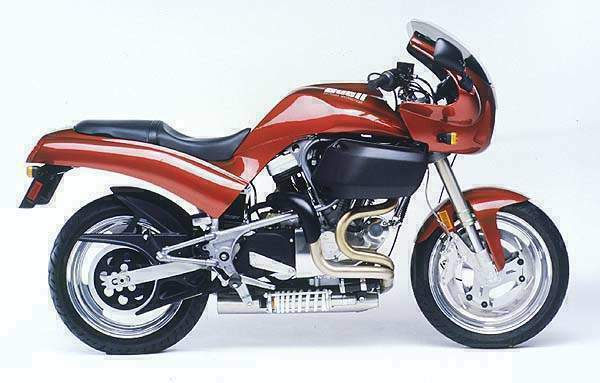 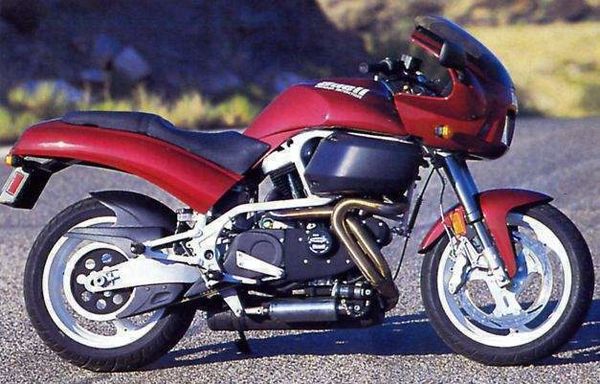 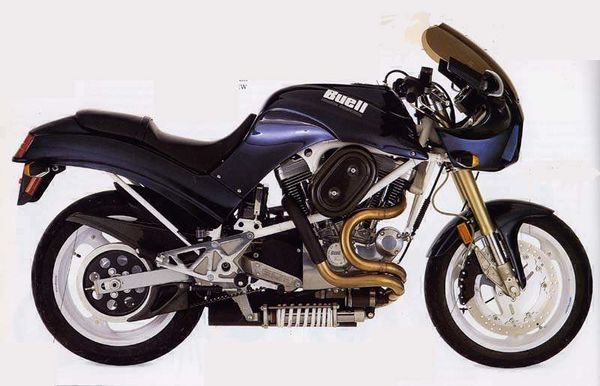 The 1994 MY Buell S2 Thunderbolt has, at its heart, an air-cooled, four-stroke, 1203cc, 45-degree V-Twin powerplant paired to a five-speed manual transmission and can produce a claimed 76 horsepower and 90 Nm of torque.

Also, this machine has standard fittings such as a half-fairing with a small windscreen, an analogue instrument cluster, an one-piece, dual seat, cast-aluminum wheels, an under-belly exhaust system, a 40mm Show adjustable telescopic fork, a Showa adjustable mono-shock as a rear suspension, front and rear disc brakes and a single, square headlight.