Difference between revisions of "Honda CB1000C"

The engine featured a 9.0:1 compression ratio.

It came with a 110/90-18 front tire and a 140/90-16 rear tire. Stopping was achieved via 2x 274mm discs in the front and a Single 296mm disc in the rear. The front suspension was a air/coil spring telescopic fork 160mm wheel travel. while the rear was equipped with a swing arm, twin air/coil spring shocks, 99mm wheel travel. The CB1000 Custom was fitted with a 16.7 Liters fuel tank. 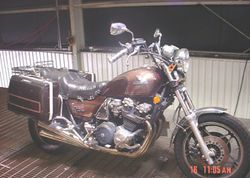 The CB1000C'83 1000 Custom was sold in 1983 in one of two color schemes: Black with Achilles black Metallic or Candy Regal Brown with Chestnut Gold Metallic. the gas tank and side covers were two-tone. The wheels were comstar wheels. The taillight was integrated. The transmission was a 5-speed with dual range sub-transmission -- thus 10 speeds. 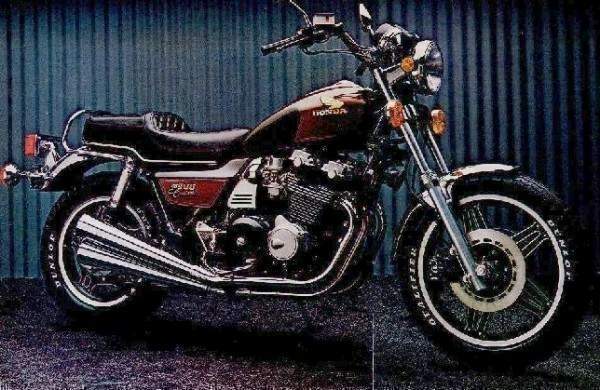