The Honda CB350 was a four-cylinder four-stroke 348cc road bike based on the larger fours. Thought of as Hondas "one-up" to the other Motorcycle companies. It was only produced from 1972-74, it was replaced by the larger and sportier 400 four the following year. Although Honda had a 350 Twin that was more powerful, lighter, cheaper, and faster. The four-cylinder version was much smoother running and stylish and remains one of the smallest and most sophisticated mass produced four-cylinder designs. Internal frictional losses sapped a lot of the power. The 350F and 400F models have since gained a cult following in the Motorcycle community. 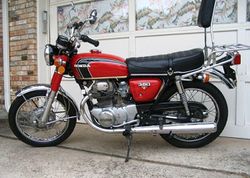 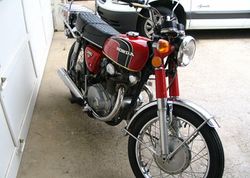 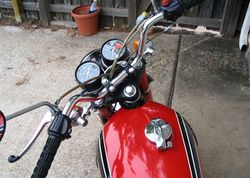 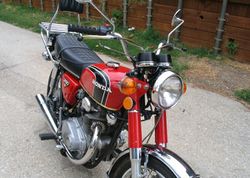 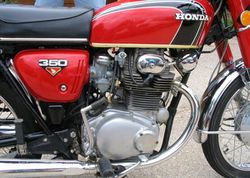 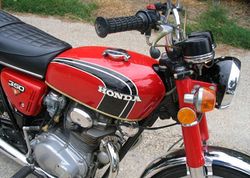