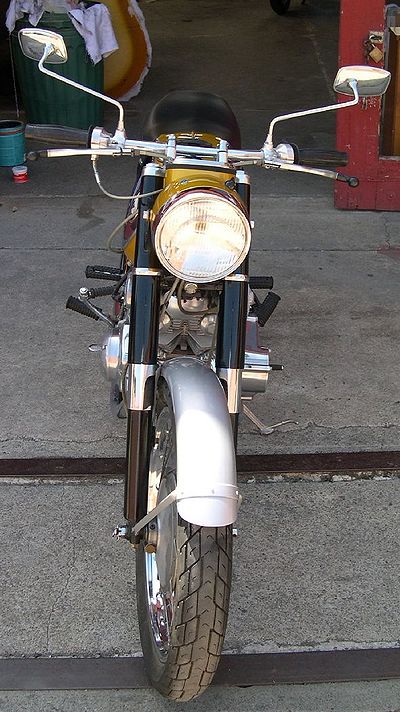 The Honda Super Hawk 305 designated CB77 was sold in 1961-68. Four colors were available: Blue, Scarlet Red, Black, and White. The fuel tank, forks, headlight shell, and frame were painted one of the basic colors. The fenders and side covers were silver. The lower front forks on early models were painted one of the basic colors, but later they were silver. The tank panel was chrome with rubber knee pads. The early models had a flat handlebar, but the later models had a low rise handlebar. The engine was a 305cc 4-stroke OHC wet sump parallel twin with dual carburetors. The transmission was a 4-speed. The serial number began CB77-100001.