Difference between revisions of "Honda CBX550F"

The engine was a air cooled in-line four, four-stroke. A 59.2mm bore x 52.0mm stroke result in a displacement of just 572.0 cubic centimeters. Fuel was supplied via a double overhead cams/twin cam (dohc).

It came with a 3.60-18 front tire and a 4.10-18 rear tire. Stopping was achieved via dual disc in the front and a single disc in the rear. The front suspension was a Air assisted telescopic forks, with anti-dive while the rear was equipped with a Pro-link air assisted shocks. The CBX550F was fitted with a 4.76 Gallon (18.00 Liters) fuel tank. 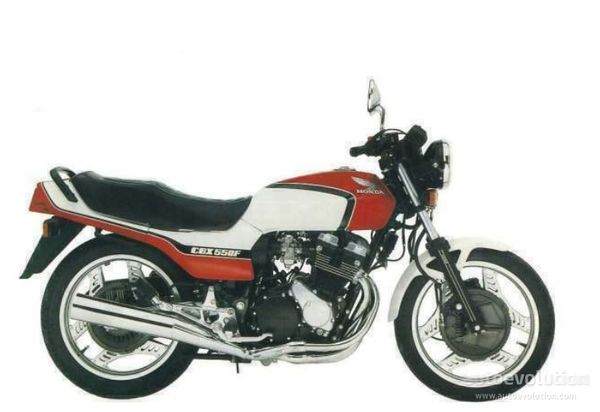