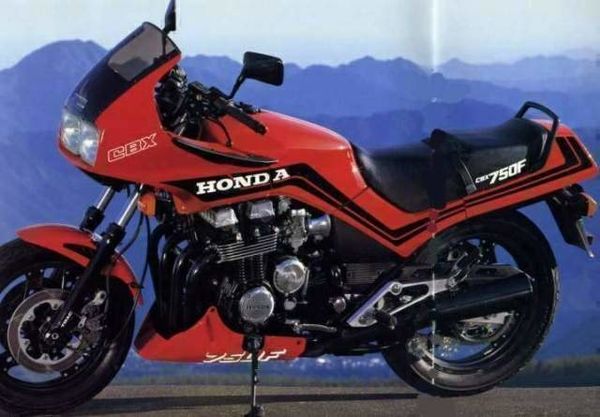 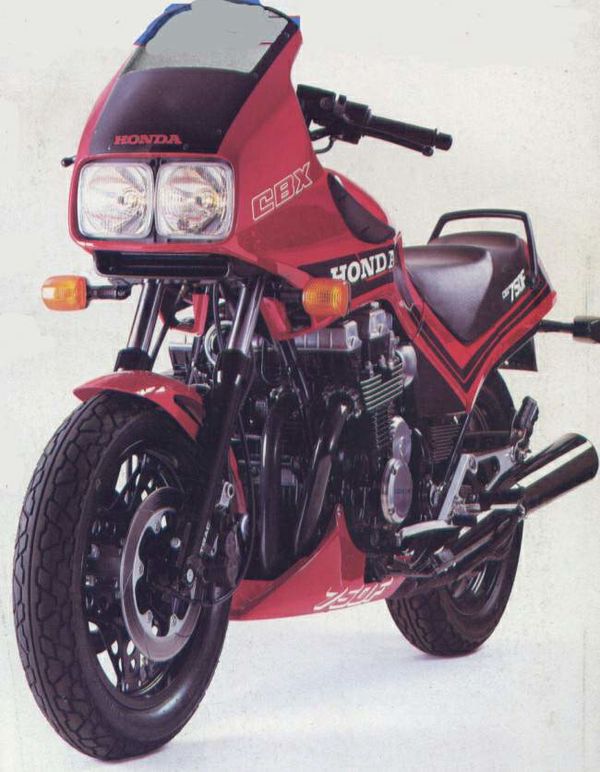 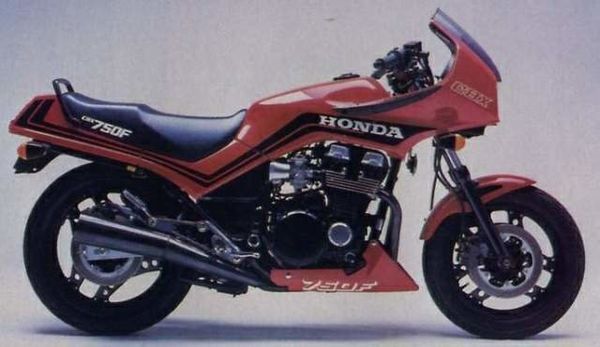 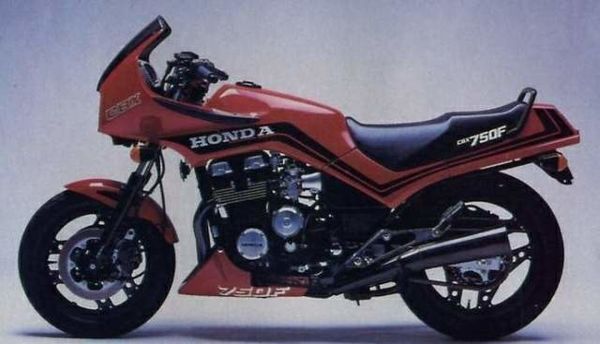 The release of the CBX marked the end of 15 years of uninterrupted CB750/4 production, involving countless revisions, new engines and updates. Honda were the first to launch an inline 750/4 - the original superbike -back in 1969. It used a SOHC, eight valve engine and produced 67bhp. For comparison, the CBX750 features a DOHC, 16 valve engine and produces 91bhp.

The CBX differs from its many predecessors in some significant ways. The top end of the motor is remarkable for employing hydraulic tappets, hardly a new idea (Harley-Davidson have used them for decades) but unique on a Japanese production motorcycle. The advantage to the owner in not having to set 16 valve clearances is obvious. Honda have added thin-stemmed lightweight valves making for less reciprocating weight.

Weight saving and compact design are in evidence everywhere on the engine. Its width was reduced by placing the big 320W alternator behind the cylinders instead of spinning on the crank end. Height was reduced by making the sump shallower and redeploying the front frame tubes as oil carriers, a novel redistribution that actually increases the total oil capacity. Finally, Honda pruned the engine length by dispensing with the jackshaft between crank and clutch. Primary drive is by direct gear from the crank; one of the crank webs has been turned into a gear pinion. Engine performance is marked by smoothness and excellent tractability. The CBX makes good low-down power aided by some low gearing. The mid-range is a bit flat and lacks snap but acceleration is very healthy at the top end, above 8,000rpm. The bike is so smooth and uncannily quiet at speed that Honda deemed it necessary to fit a rev limiter that cuts in at 10,800rpm. The engine's compactness means that it can be mounted lower in the frame, partially compensating for its inherent top heaviness. The steering is very quick, and handling and roadholding are exceptionally good for a bike of this size and weight.

The CBX is genuinely flickable, largely because of its low frontal area and careful weight distribution (48.6/ 51.4 front and rear). It is stable up to top speed though the smart and sleek half-fairing is more of a sports cockpit than a touring windcheater. The dual headlights are a bonus for any road user, 120W of sharp illumination on dip or main beams. the bike is a shade quicker and more powerful than the V4 VF750 which was also released early in 1984.

The CBX 750 catches the eye with these wheels Comstar black, black engine, its line of black and chrome exhaust (a four in both), its top fairing of his shoe, and his two square headlights. The line is similar to that of the VF 750.

Its engine is derived from the engine of CBX 650. In this engine, it retains the dual cam shaft and four valves per cylinder. The displacement of 750 cm3 was obtained by increasing the bore (from 60 to 67 mm) and a decrease in the race (from 58 to 53 mm). The carburetors have gone from 32 to 34 mm in diameter, but the compression ratio was reduced to 9,3:1. This engine is very compact with the postponement of the generator behind cylinder block. Also to have a more compact engine possible, the frame is used in part as a reservoir of oil. This has reduced the size of the oil sump and thus to install the engine very low in the frame, but also contributes to better oil cooling.

Another typical engine of its low maintenance. In addition to the electronic ignition, Honda has equipped the engine of a remedial hydraulic valve.

The finish is the machine is good. The scoreboard is integrated into the upper fairing and includes a counter, a tower, a voltmeter and a fuel gauge.

If at its output, the machine could be classified among the 750 successful, Suzuki will dethrone quickly with his GSX R 750. To follow this course to radicalization, Honda fate in 1985 CBX 750 F-II or Bol d'Or, whose main developments concerning the replacement of the fairing Top of hoof and a full fairing, completely obscuring the engine. It will however be marketed until 1987. It was not until 1992 to see again a 4-cylinder in-line 750 cm3: the Honda CB Seven Fifty.