Difference between revisions of "Honda CD175" 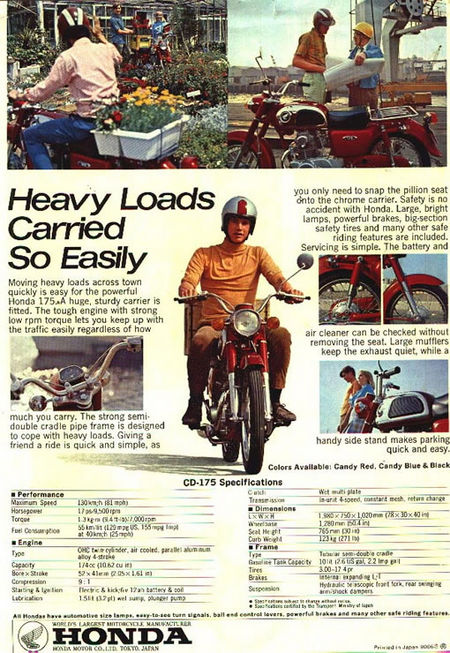 The early bikes ('67-'69) featured a pressed steel spine frame (Honda called this a 'T-bone' frame in some advertising), and an engine with heavily forward-inclined cylinders that acted as a stressed member - there was no down tube as in a cradle-framed bike. In this regard they were similar to the earlier C72/C77 and C92/C95 bikes.

The later bikes - '69-'79 - were far more conventional, with upright cylinders and a conventional tubular frame with down-tube in front of the engine. They were heavier and not as fast as the early bikes. Depending on the market, they were fitted with dual seats, or single seats with large luggage racks.