It came with a 3.50-18 front tire and a 4.60-16 rear tire. Stopping was achieved via Single disc in the front and a Drum in the rear. The front suspension was a Telehydraulic forks while the rear was equipped with a Swingarm fork with adjustable telehydraulic shocks.. The CM400T was fitted with a 9.5 Liters / 2.5 US gal fuel tank. The bike weighed just 173 kg / 338 lbs. 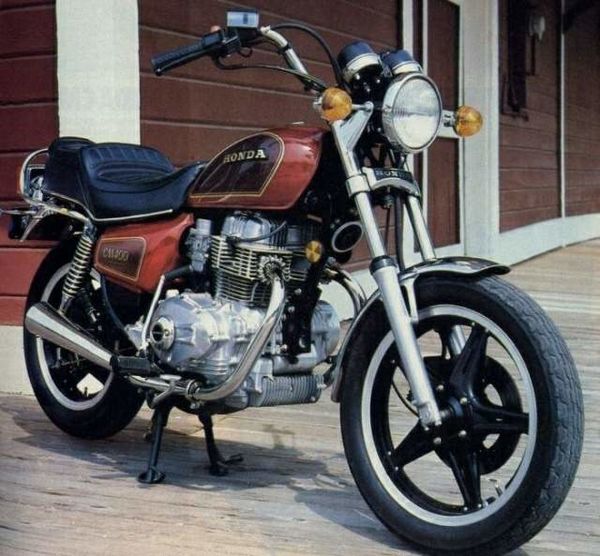 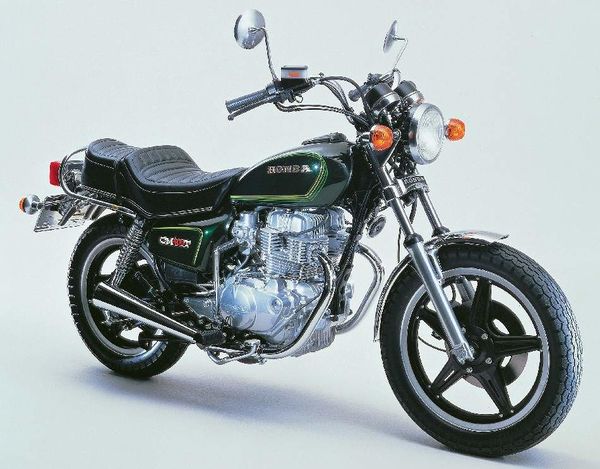 The Honda CM series was a street bike precursor to the Honda Rebel series of motorcycles produced from 1979-1981. These bikes had a 395cc parallel twin engine that was air-cooled. Features included electric start and electronic ignition. The Honda CM series all generally resembled the older-style flat-seat bikes from the 60s and 70s, with the exception of a slightly raised passenger area seat and small plastic fairings for the battery and electrical. These are "standard" style motorcycles but do have some elements of the cruiser (stepped seat, increased fork angle, extra chrome).