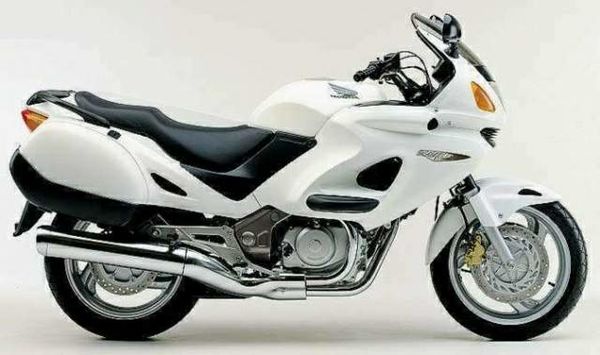 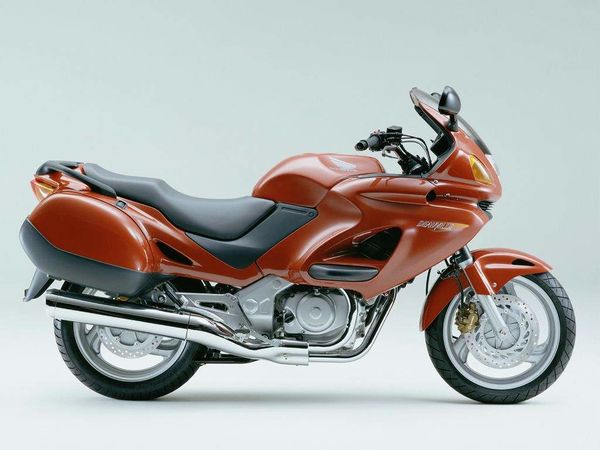 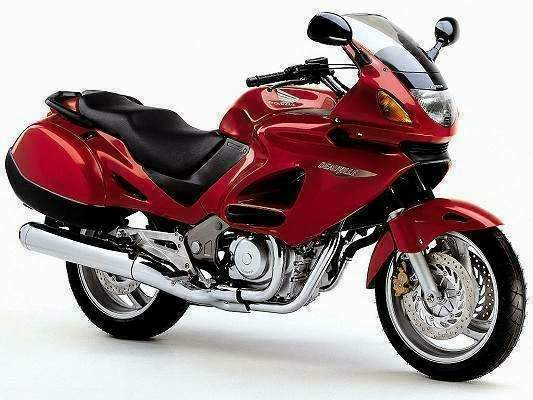 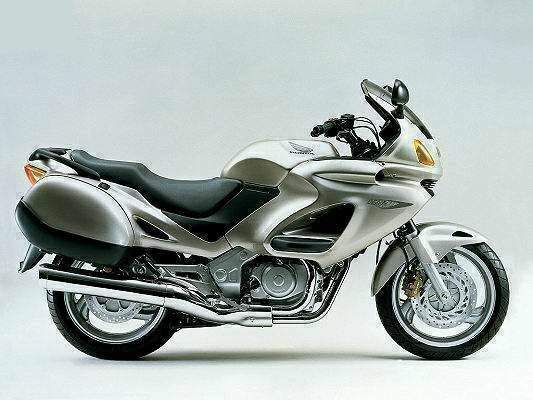 The Deauville is a middleweight tourer/commuter with high equipment levels and practical design. Based around the NTV650 engine and chassis, the Deauville adds a touring fairing, complete with built-in panniers and a comfortable dual seat. There's an impressive range of official accessories, from larger panniers and top boxes to a CD/radio sound system. On the move, the liquid-cooled V-twin engine is not particularly powerful, but allows relaxed, economical progress. The soft suspension and shaft drive discourages sporty riding, but the Deauville is still commendably rapid across town or country roads. It is also popular with fleet users, and police, paramedic and courier Deauvilles are a common sight across Europe.

Review The idea of a middleweight touring bike is not a mad as it seems. With further licence restrictions and spiralling costs of new bike prices, less can be more. In the Deauvilles case it is definitely more. The NT650V Deauvilles engine is very much a tried and tested unit. Its been powering Honda machinery since glaciers slid across the Scottish borders. But in 2002 it received several updates to bring it into the modern world, namely a catalytic converter to appease EU emissions regulations, and lighter engine internals to reduce vibration. Power and torque arent huge but neatly balanced to give the Deauville smooth, silky able drive from the word go, all the way to a decent and comfortable 70mph motorway speed. Capable is what the Deauville is; capable of mile after mile of hassle-free riding. Loaded up with partner and associated clothing and wash gear will find the Deauville struggling for breath when the pace needs to heat up to catch a ferry, or enjoying the scenic uphill sections of the Pyrenean mountains, but thats the only downside of the 647cc V-twin. [The later 2006 Deauville NT700V got a capacity hike to 680cc to overcome this.] The panniers are capable of taking 19 and 24 liters worth of articles and are sturdy items. However, there arent many Deauvilles that dont have the usual modification of a huge topbox to make it an almost perfect two-up touring machine. Deauville is a comfy number for both pillion and rider. A large screen is very proficient at deflecting air over the rider and pillion too. And in true Honda style, the seat-to-bar-to-peg position seemingly fits one and all. Suspension is ok if a little soft but doesnt unduly affect the ride quality even when carrying weight. The new C-ABS (combined braking) system is perfect for stopping in a controlled, short way, and theres no messing with chain lube and tensioning because it has shaft final drive. The real beauty of Deauville is it does exactly what Honda designed it to do, no more, no less. Simple additions of GPS and heated grips turn a capable machine into a very capable machine, as many Deauville owners will testify. + points  dependable middleweight touring machine at an affordable price. Engine lasts forever. - points  gets breathless when packed to capacity. Front brakes suffer from winter salt and can lead to a yearly strip and clean session. Source