The bike has a 6-speed, positive neutral finder transmission. Power was moderated via the wet multi-disc, manual.

It came with a 120/70-ZR17 front tire and a 190/50-ZR17 rear tire. Stopping was achieved via dual semi-floating 310 mm petal discs in the front and a single 270 mm petal disc in the rear. The front suspension was a 43 mm inverted, telescopic fork with adjustable rebound damping and spring preload while the rear was equipped with a tetra-lever with stepless rebound damping adjustment and remote spring preload adjuster. The wheelbase was 59.8 inches (1519 mm) long. 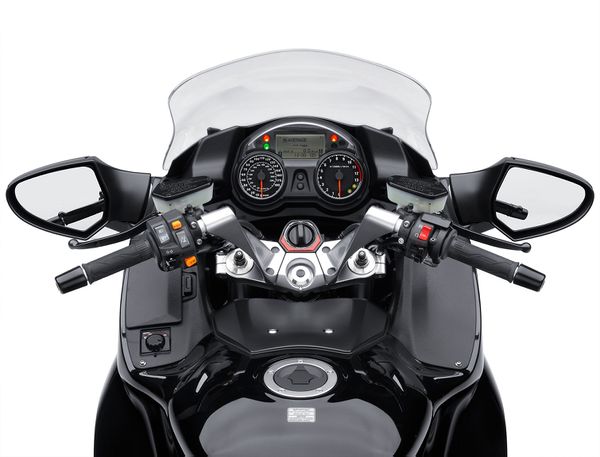 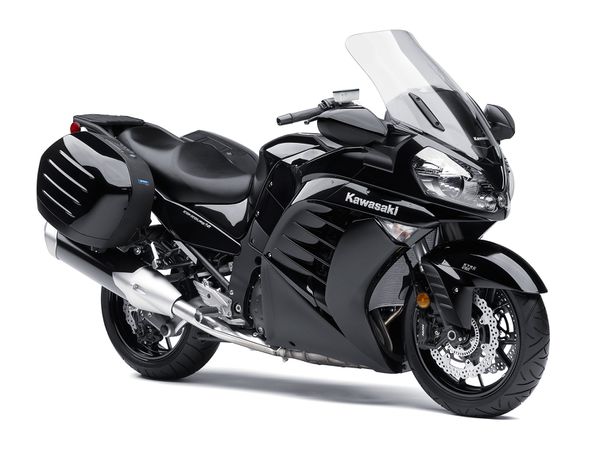 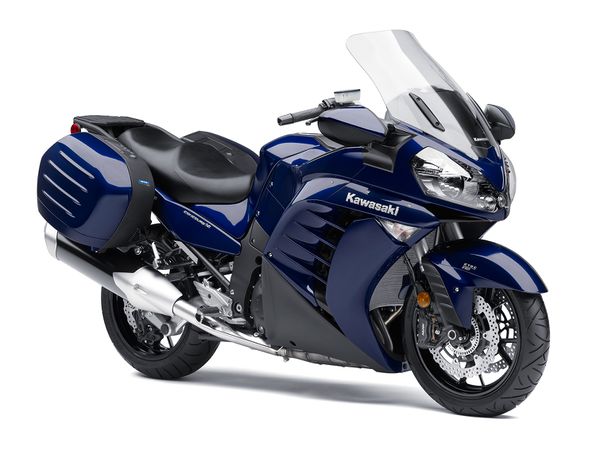 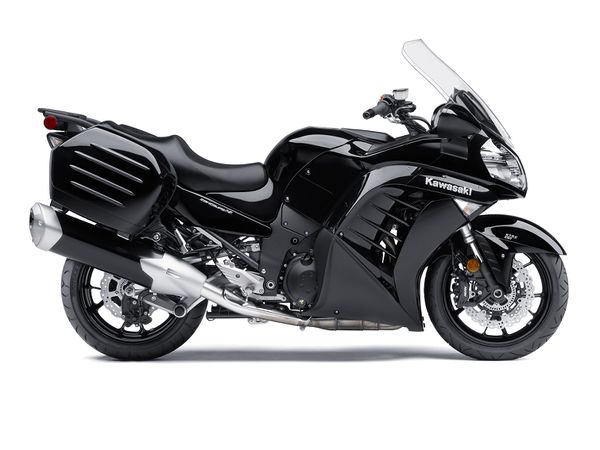 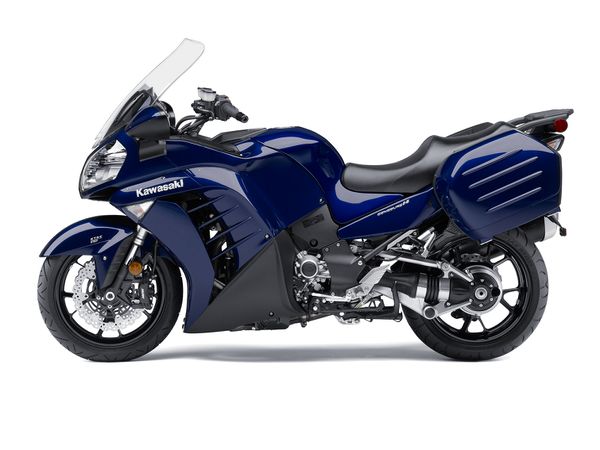 The 2013 MY Kawasaki Concours 14 or 1400GTR ABS features a gritty 1,352cc four-cylinder engine with Variable Valve Timing (VVT) that has been specially tuned to provide power smoothly at any rev range. And it does so with minimum vibrations thanks to the gear-driven dual engine balancers.

The Kawasaki traction control system detects wheelspin and adjusts engine output accordingly, leading to a quick regain of tire grip. And when it comes to stopping, the second generation Kawasaki Advanced Coactive-braking Technology(K-ACT) ABS links front and rear brakes and with the help of a high-end ECU calculates the most efficient front-rear brake force distribution.

The Concours 14 is also available for purchase without ABS only in the UK.