The engine was a air cooled in-line four, four-stroke. A 58.0mm bore x 52.4mm stroke result in a displacement of just 553.0 cubic centimeters. Fuel was supplied via a double overhead cams/twin cam (dohc).

The ZX550A was marketed in the US as the Kawasaki GPz550.

Kawasaki's first GPz550 of 1981 was not only the half-pint brother to the firm's GPz1100 muscle bike, it was also a mould-breaking machine in its own right. Until then, four-cylinder 550s (which at the time was the preferred middleweight capacity, the vogue for 600s didn't start until 1986) were general-purpose roadsters, with no particular performance emphasis. That changed with the mean and moody, black and red GPz.

When first revealed, it caused quite a stir 53bhp was quite something from a middleweight in those days. And even thought the little GPz relies on air-adjustable forks and twin-shock rear suspension (an even racier Unitrack version followed in 1983), it's still a nippy urban tool that will happily keep up with the more modern stuff if the right hands. 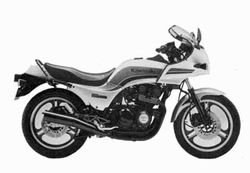 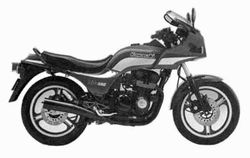 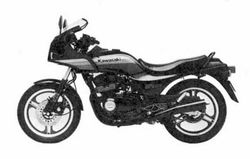 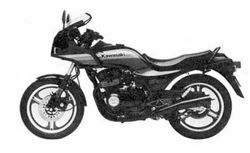 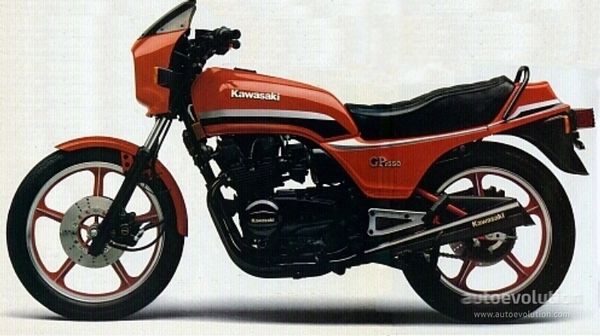 This is Kavasaki GPZ 550 witch has evolved from the GPZ 500 in 1980. The basic engine configuration remained the same troughout with double overhead camshafts running off central chain. This model had seven-spoke cast wheels and slab side tank, with black engine and chrome exhaust. 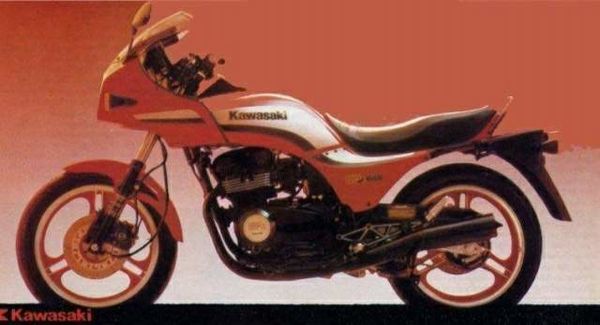 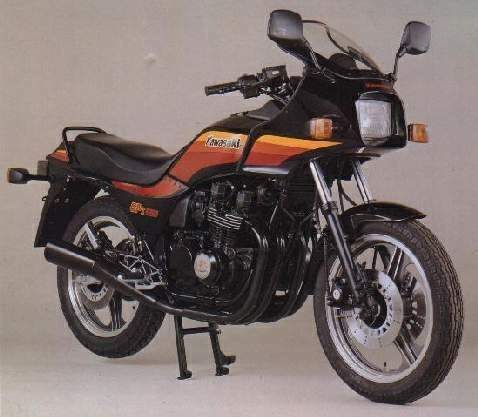 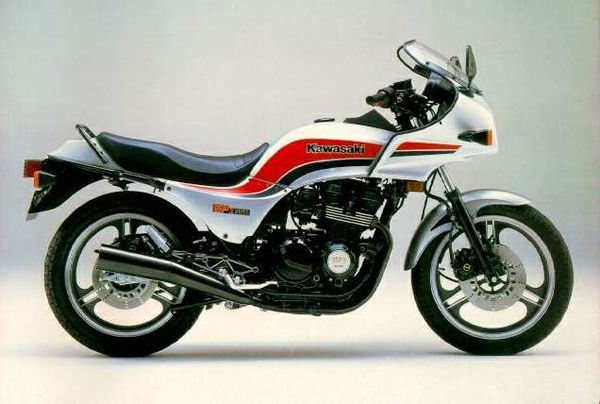 Introduced in 1981, the Kawasaki GPZ 550 was an upgrade of the KZ 550 street bike, with a hot-rodded version of the old machine’s four-cylinder engine, an air-charged fork, adjustable shocks and a bikini fairing. This was the first of the line, with a 500 cc DOHC engine, later bored out to 553 cc's and also available as the 398 cc Z400J (identical to the Z 550).