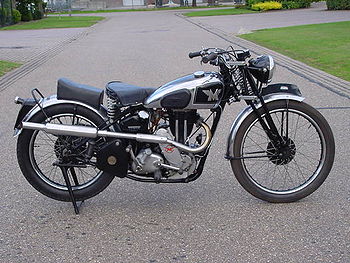 Developed in response to War Office demands for a lighter machine for military service, the Matchless G3L was based on the pre war over head valve single cylinder G3 but displaying some significant modifications. The most obvious was the adoption of the "Teledraulic" front fork. Based on the pre war BMW design the new telescopic front fork was significantly lighter and more effective than the contemporary girders. A single downtube frame replaced the pre war duplex design saving weight and increasing ground clearance.