The bike has a With helical teeth transmission. Power was moderated via the Single-disc with integrated anti-vibration buffer.

It came with a 110/80 R19" front tire and a 150/70 R17 " rear tire. Stopping was achieved via Dual 320 mm stainless steel floating discs, radial calipers with 4 horizontally opposed pistons in the front and a 282 mm stainless steel disc, floating caliper with 2 parallel pistons in the rear. The front suspension was a Completely adjustable fork (spring preload and hydraulic compression and rebound damping) with 45 mm diam. upside down stanchions and caliper mounting for radial brake calipers while the rear was equipped with a Single arm with progressive linkage, monoshock with adjustable hydraulic rebound damping and spring preload adjuster knob. The wheelbase was 60.39 inches (1534 mm) long. 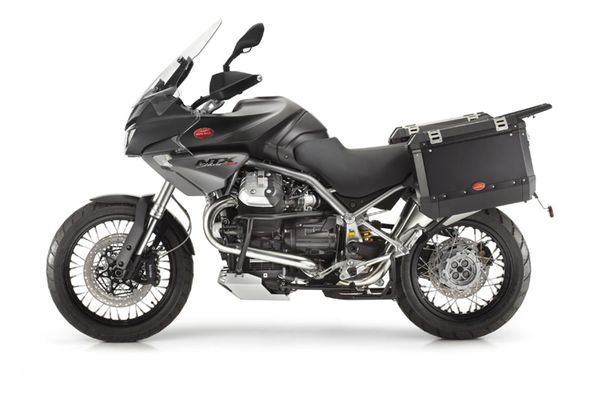 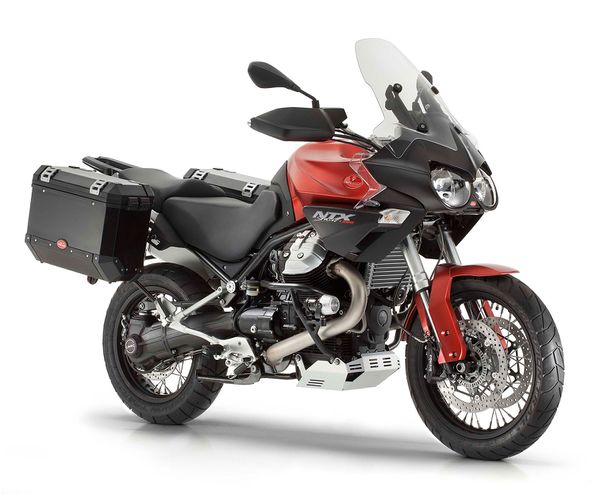 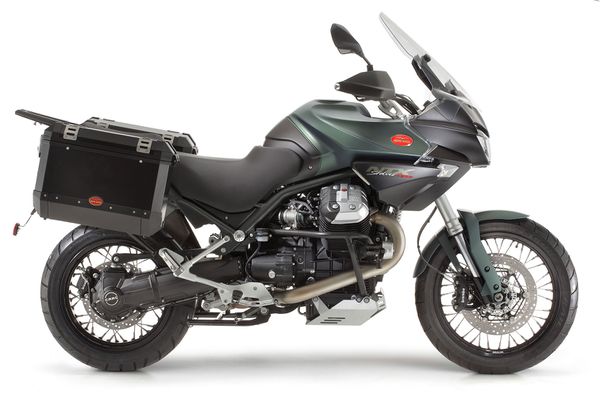 The new Moto Guzzi Stelvio 1200 NTX it is a Enduro/Offroad bike sold from year 2015. This model it is equiped with a V-shaped 90° transverse twin-cylinder "Four valve" engine, the highest performer among all the families of engines manufactured at Mandello del Lario, which has now reached exclusive levels as far as its technical/performance development is concerned. The engine now boasts a maximum torque of over 113 Nm delivered at a mere 5,800 rpm and easily reaches a peak in output of over 105 HP; it practically reaches an automobile-level speed of 7,250 rpm.

Chassis positions have been defined to facilitate handling, a headstock with a 27° inclination for a 125mm trail, improved by a 1535-mm wheelbase which guarantees impeccable steering precision. High quality suspension whose adjustable preload and hydraulic response during compression and rebound combine to ensure instant, smooth response to pressure on the handlebar. The front end is controlled by a new upside-down Marzocchi fork, with 45mm stanchions and 170mm travel, whereas at the rear, suspension kinematic mechanisms with progressive rising rate are moved by a Sachs unit that works on a 155mm stroke.