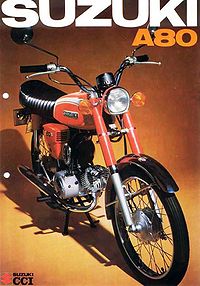 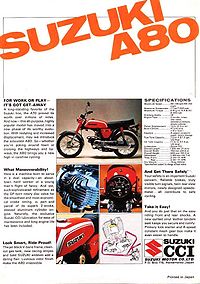 The engine was a air cooled Two stroke, single cylinder. A 48.3mm bore x 48.3mm stroke result in a displacement of just 72.0 cubic centimeters. Fuel was supplied via a port control.

The bike has a 4-Speed, constant mesh, toe and heel shift transmission. Power was moderated via the Wet multi-discs. 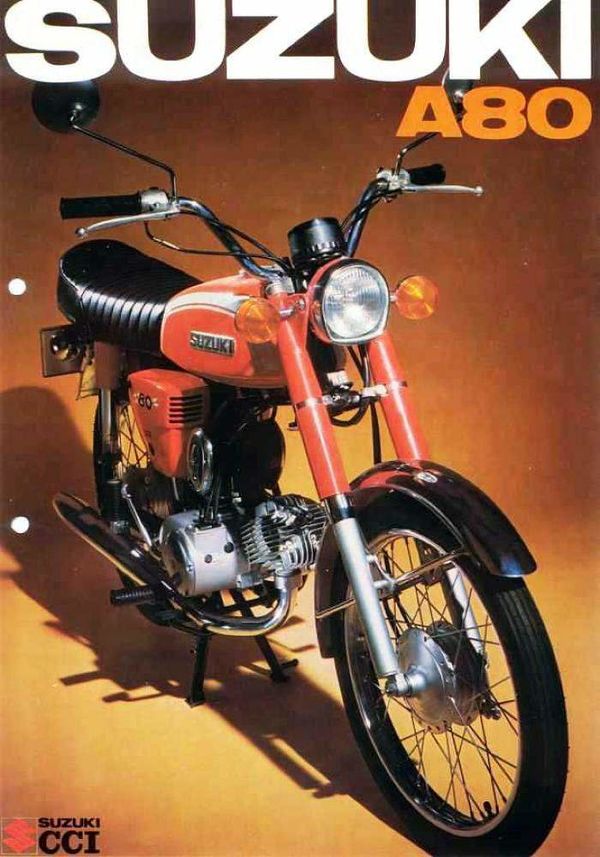 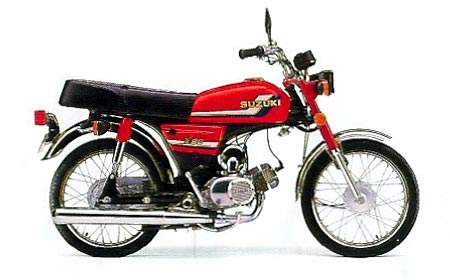 A long-standing favorite of the Suzuki line, the A70 proved its worth over millions of miles. And now this allpurpose, highly popular model has moved into a new phase of its worthy evolution. With restyling and increased displacement, may we iIntroduce the articulate A80. So whether you're poking around town or cruising the highways and by ways, the A8O bnngs you a new high in carefree cycling.