Concept motorcycle announced at the 2007 Tokyo Motor Show.The Biplane was designed to convey the joy of two-wheel mobility through a design that was uniquely inspired by the feeling of flying or piloting an aeroplane, which gives motorcyclists a similarity feeling while riding bikes. Its shape with no canopy generates an exhilarating feeling of openness despite being a modern machine. It has a V4 engine for power.

The Suzuki Biplane was a V-twin, 4-stroke, Liquid Cooled Concept motorcycle produced by Suzuki in 2008. 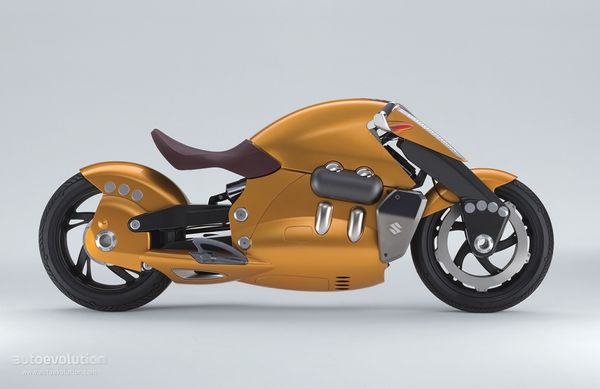 Suzuki presented the Biplane concept in Tokyo, in 2007. The machine is powered by a V4 of undetermined size and his design is aircraft-inspired.