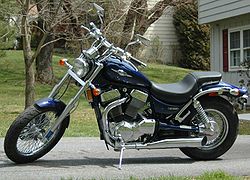 The Suzuki Boulevard S83 is a motorcycle manufactured by Suzuki and released in 2005. It features an 1400 cc v-twin engine.

It was formerly named the Intruder VS1400.

The engine was a air cooled v2, four-stroke. A 94.0mm bore x 98.0mm stroke result in a displacement of just 1360.0 cubic centimeters. Fuel was supplied via a overhead cams (ohc).

The bike has a 5-speed transmission. Power was moderated via the hydraulic clutch with back-torque limiter for smooth downshifts. 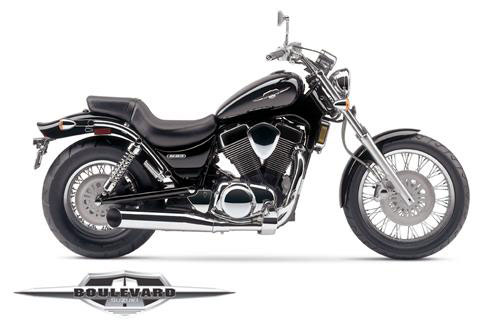 The old Intruder 1400 has become the Boulevard S83 and the 2005 model year marks the debut of this machine. Even though the badge has changed, the bike retained the full rewarding feel, with is 1360cc air and oil-cooled v-twin, compact looks and retro chopper vibe.

The instruments are bar-mounted, above the small headlight overlooking the skinny front fender and wheel, while the shorty exhaust system adds to the overall compact attire of the Boulevard S83. This is a great choice if you're looking forward to buy a brawny chopper with classy mean looks. 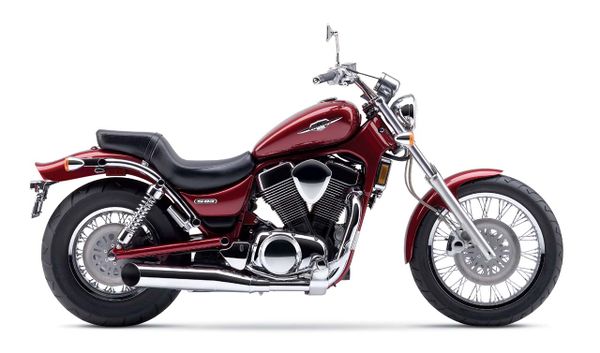 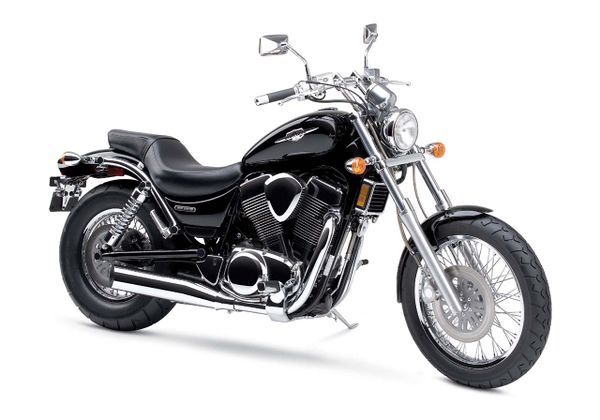 A bigger version of the Boulevard S50, the S83 provides more displacement for a power and torque supplement, making this bike an even more attractive option for the experienced riders. Still not a big-bore beast, the Boulevard S83 is a clean cruiser with slightly retro looks, fluid lines and a classic air-cooled engine.

The Boulevard S83 is a better choice for those who like the old-school attire of the smaller Boulevard bikes. but are not willing to settle for an under-liter machine. With the extra grunt the 1,360cc v-twin packs, these fellows can now throttle ahead onto the open highway. 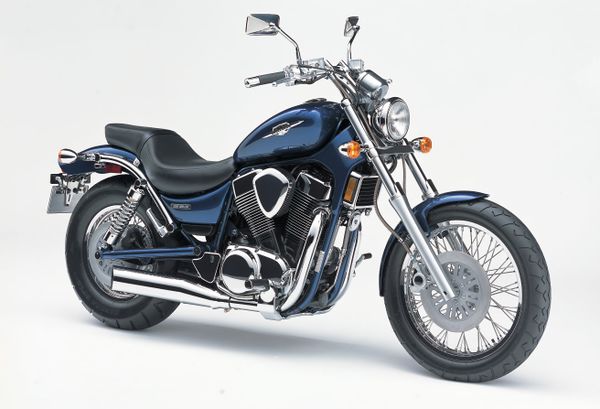 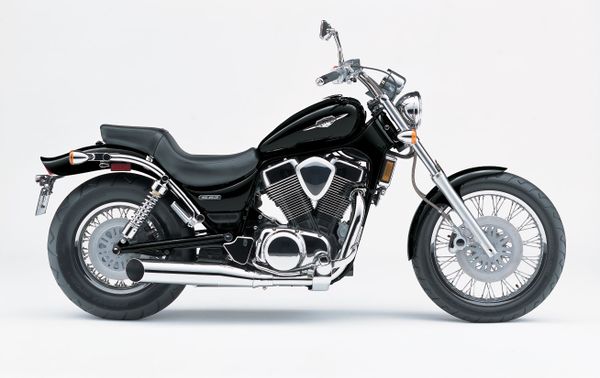 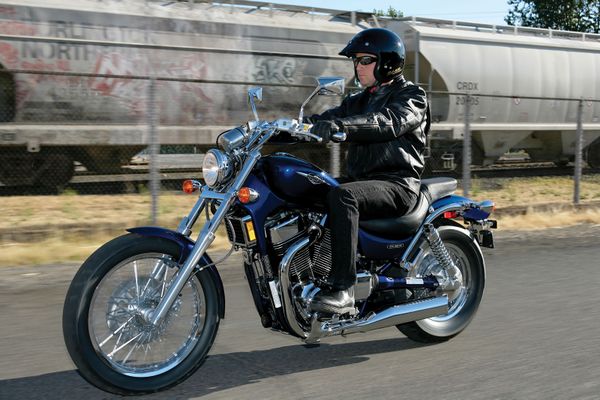 The 2007 MY Boulevard S83 carries on the heritage of the family and offers an upper-middleweight air and oil-cooled riding experience powered by the classic 45-degree 1360cc v-twin. Drawing inspiration from the choppers of old and introducing some cruiser DNA into the mix, the Boulevard S83 shows off a skinny front wheel and fender, complemented by a bobbed rear mudguard covering a beefy tire.

Short silencers complement drag bars, and slender fork legs, while the moderately-sized headlight is mated to a minimalist single gauge on top of it. 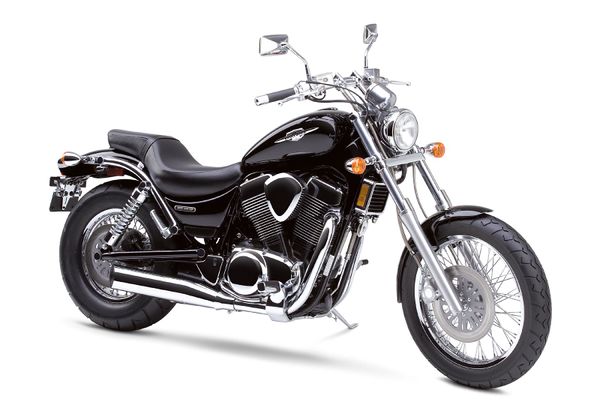 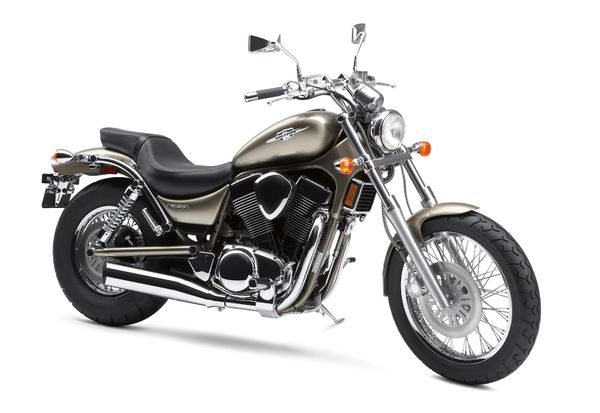 If classic-look cruisers are not your thing and you're looking for a more radical bike, take a closer look at the 2008 MY Boulevard S83. You'll most likely smile and want to ride it, as this machine embeds several timeless attributes which have written many a page in the motorcycle history books. Compact, low, with an aggressive drag bar on tall risers, a single gauge hovering above a moderate-size headlight, slender profile and plenty of power to spare, the Boulevard S83 is ready to turn heads wherever it will show up.

The 1360cc v-twin engine is air- and oil-cooled, and this makes the bike lighter and nimbler. The Boulevard S83 also sports a classic tire combo, with a beefy rear one and a skinny front wheel and a shorty fender for even more classic looks, plus a slash-but exhaust. 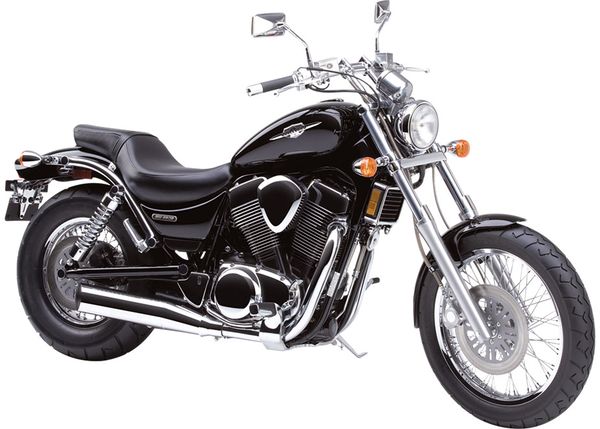 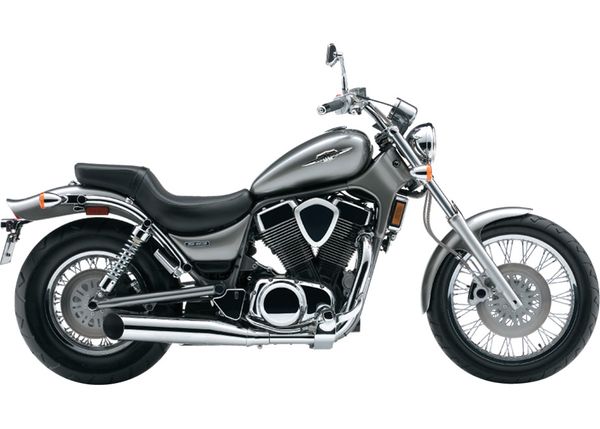 The 2009 MY Boulevard S83 is a chopper which sits between the middleweight and the big-bore classes in Suzuki's roster. Packing an 1360cc displacement, this air and oil-cooled machine exudes certain design elements which hark back to the '70s. A svelte profile with tall forks, a skinny front wheel with a skimpy fender, a fat rear tire and shorty exhausts, plus tall bar risers, they are all honoring the past.

The two-up seat is a single-piece like you'd expect from a retro machine, and the 60-spoke rims are emphasizing this character. A full-on machine with no compromises, the Boulevard S83 is waiting for you to pick the next destination.