Difference between revisions of "Suzuki GN125"

The engine was a air cooled single cylinder, four-stroke. A 57.0mm bore x 48.8mm stroke result in a displacement of just 124.0 cubic centimeters. Fuel was supplied via a single overhead cams (SOHC). 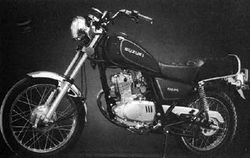 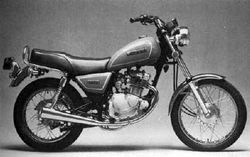 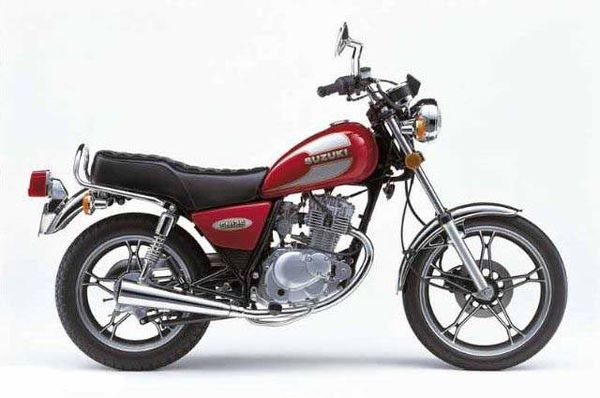 The 1996 Suzuki GN 125 has, at its heart, an air-cooled, four-stroke, 124cc, single cylinder powerhouse paired to a five-speed manual transmission, and can produce a claimed 11 horsepower and 10 Nm of torque.

In addition, it comes standard with laced wheels, a dual seat with passenger grab rails, a telescopic front fork, dual shocks as a rear suspension, wide handlebars, a chromed headlinght, a chromed exhaust, and a brake disc in the front coupled to a drum brake in the rear.