The GSX-R400 (initially called GSX-R in Japan, internal model code GK71B) was released in March 1984. It was the first mass-produced light-weight racer replica with an aluminum cradle frame and a liquid-cooled inline-four DOHC engine with four valves per cylinder. The, in those days, amazing machine was based on Yoshimura's TT-F3 racer GS1000R. The competitors, Yamaha FZ400R and Honda CBR400R were 1331 kg (2968 lbs) heavier than the new and quick GSX-R. Compared to other bikes of the time, the GSX-R400 was very light and the 4-piston brakes at the front and the 2-piston rear brake was more than adequate for the 152 kg (334 lbs) light street racer. The bike was quick to handle, the engine with 4-1 exhaust system was powerful for its size and made the GSX-R the fastest bike in its class. With the maximum power output 59 hp and 152 kg (334 lbs( dry mass, the power/weight ratio (2,57 kg/hp) was even better than Suzuki's incredible 2-stroke racer, RG250 Gamma. The GSX-R400 started a new era, it was the fastest and best-handling 400cc bike ever made.

The water-cooled inline-four four-stroke had double overhead camshafts and four valves per cylinder. The GSX400FW (presented the previous year) had the same principal engine specs but lower power output and the GSX-R400's new engine with its 66 kg (145 lbs) was 10 kg (22 lbs) lighter. 12,000 maximum revs. 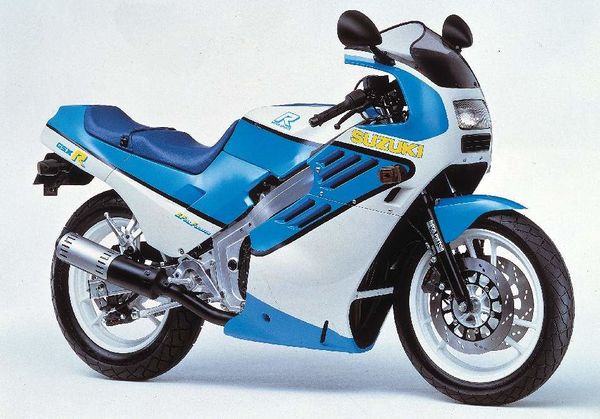 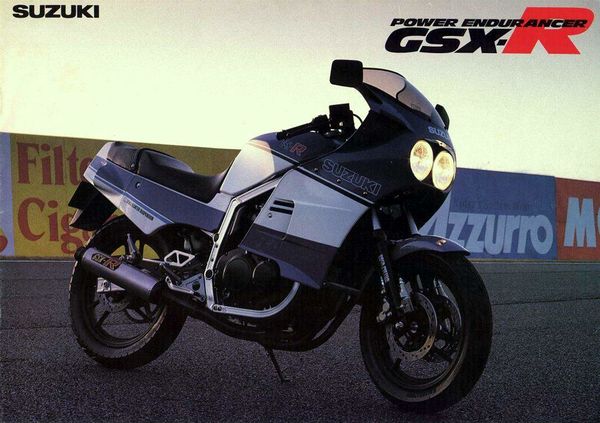 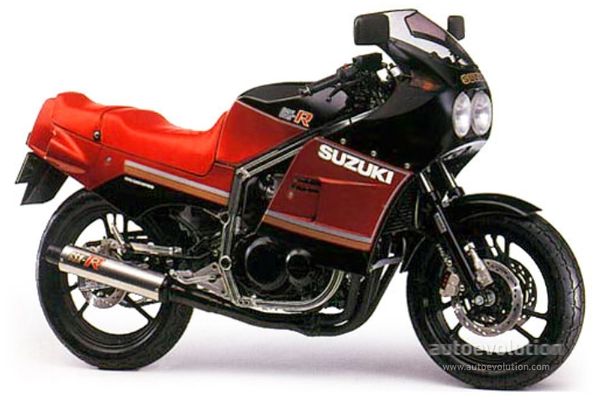 The GSX-R400 was released in 1984, being based on Yoshimura's TT-F3 racer GS1000R. The GSX-R400 was the first mass produced light weight racer with a liquid cooled four cylinder engine. Twelve-second quarter-miles from just 400cc that's what you need to know about Suzuki's GSX-R. It's a motorcycle designed to devastate the competition in Japan's highly competitive 400cc class.

The 1989 Suzuki GSX-R400 feels very similar to its larger brother. Its tiny pegs are high and are a nightmare on the road but they make sense on the track. However, you need to play around with the suspension. On most models the rear is too soft and causes under steer. But once set-up, despite its old-fashioned-looking frame. 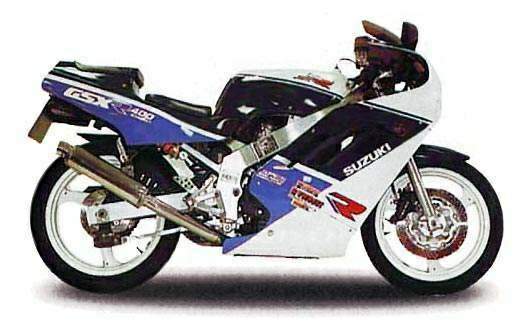 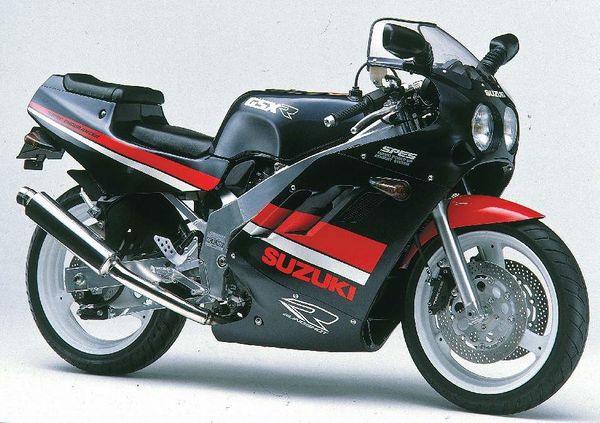 When 400 cc ruled the world of motorcycles, Suzuki’s GSX-R400 was the rarest little dinosaur. The Suzuki GSX-R400 feels very similar to its larger brother, but shrunk down. Its tiny pegs are high and are a nightmare on the road but they make sense on the track. However, you need to play around with the suspension.