Difference between revisions of "Suzuki GSX-S750"

Suzuki knows that naked bikes with plenty of sporty attitude will never go out of style, and delivers the 2015 MY GSX-S750, a bike which retains many of the Gixxer family trademarks and blends them with modern technology into an invitation to ride that's hard to refuse. In a way, the GSX-S750 is the naked sibling of the 750cc Gixxer, but the engine of the superbike was tuned for better streetability and all-rounder practicality.

The clip-ons have been replaced by handlebars which offer easier maneuverability and a more upright riding position for more comfortable hours spent in the saddle. The 2015 MY GSX-S750 is THE new urban slicer from Suzuki. 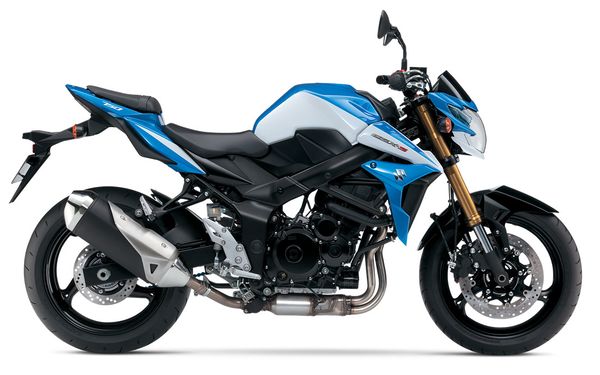 The 20145 MY GSX-S750Z boasts even more striking looks than the base model, most likely because the livery is closer to that of the Hamamatsu race bikes of yore. Compact and brawny, this bike is great in the urban jungle, especially as it packs a lot of power on tap. The GSX-R750 engine at the heart ov the S750SZ has been re-tuned for more usable power in the lower rpm range.

The Suzuki Exhaust Tuning (SET) servo-controlled butterfly valve helps enhance torque, response and acceleration in the low-to-mid rpm range, and multiple other state-of-the art technologies have been implemented in the GSX-S750Z to make it a modern city carver.