Difference between revisions of "Suzuki RM-Z250"

The bike has a 5-speed transmission. Power was moderated via the Wet Multi-plate.

It came with a 80/100-21 front tire and a 100/90-19 rear tire. Stopping was achieved via single disc in the front and a single disc in the rear. The front suspension was a inverted telescopic, pneumatic spring, oil damped, adjustable damping force while the rear was equipped with a link type, coil spring, oil damped, adjustable spring preload and damping force. The RM-Z250 was fitted with a 1.66 Gallon (6.30 Liters) fuel tank. The bike weighed just 202.83 pounds (92.0 Kg). The wheelbase was 58.07 inches (1475 mm) long. 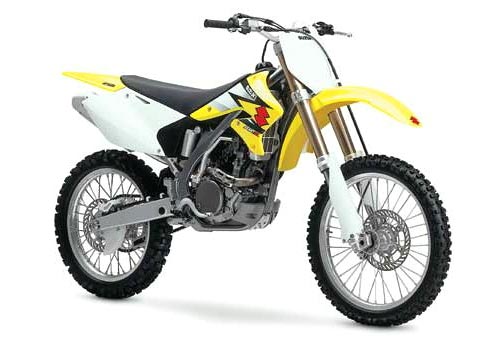 2004 brings the RM-Z250, an all-new model Suzki came up with in order to meet the requirements of riders who favor a strong motocross competitor with looks similar to those of the RM250. The extra Z in the badge introduces a bulletproof chassis, strong Kayaba suspensions plus a host of competition-grade upgrades and tricks aimed at turning you from a mere competitor into podium pretender.

This is one of the bikes developed as a part of the Suzuki-Kawasaki alliance. Suzuki engineered the engine, while Kawasaki did the "leg work", so this is why the RM-Z250 is such a spectacular performer. 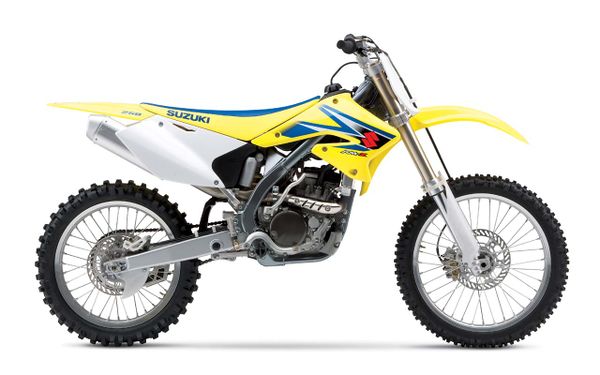 if it's got a Z it's a 4-stroke racing beast, so the name of the 2006 MY RM-Z250 is rather self-explanatory. You're putting your money on a race-engineered machine which is built like tank. A tank that travels very fast, jumps and lands like a dream and which is one of your best allies to help you cross the finish line first.

Every part of the RM-Z250 has been carefully engineered and tested to deliver flawless performance and it will take more than one or two bumps to wreck it. 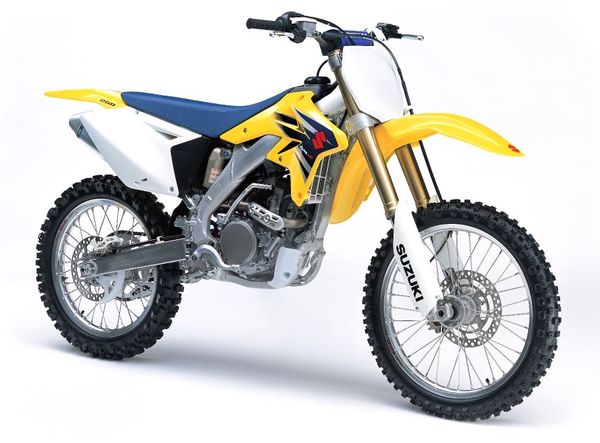 The 2007 MY RM-Z250 shares the improvements with its bigger sibling, so riding it will provide you with a better overall experience coming from the updated engine and suspensions, plus the redesigned swingarm. The bike retains the overall lightweight construction which, combined with the improved power delivery should make riding more aggressive and rewarding at the same time. 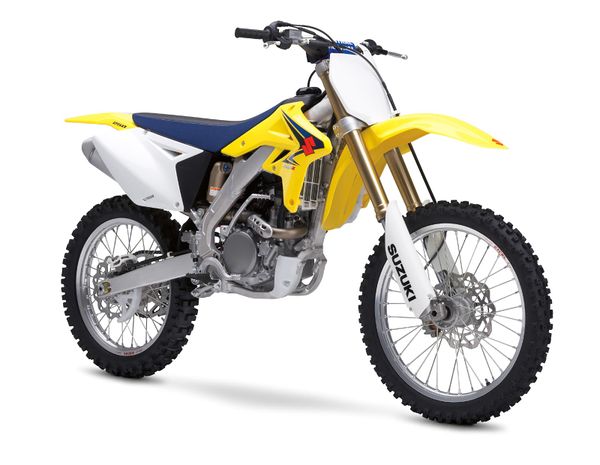 The 2008 MY RM-Z250 bids you welcome in the world of real quarter-liter competition machines. This bike has a 4-stroke liquid-cooled engine which is capable to deliver explosive power when reined by bold riders. Taller and significantly more aggressive, the RM-Z250 is not exactly a bike for beginners, despite its quarter-liter displacement which might trick some into believing this is a tame machine.

2008 brings new pegs with a redesigned shape to prevent mud build-up, a new, more adherent seat, and a completely revisited chassis for the new engine. 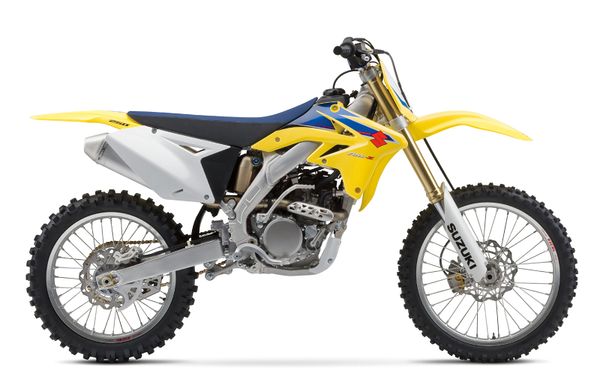 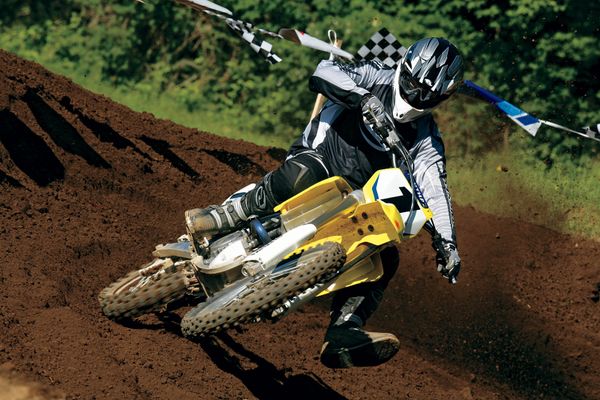 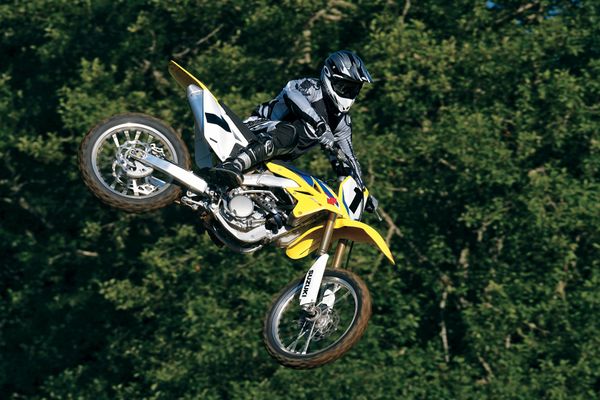 The 2009 MY brings solid upgrades for the middleweight RM-Z machine. The RM-Z250 receives a new chassis with a ton of design tweaks for better rigidity and lighter mass, new adjustable Showa suspensions and gold-trimmed accents for a true factory look. On the engine side, the RM-Z250 sees a new Keihin FCR73MX carburetor, new porting, a new internal muffler design, a new piston profile and a hot starter relocated according to Ricky Carmichael's own design.

The seat was also improved for better grip, while the pegs were redesigned to prevent mud from caking up, and the rotors now boast a race-inspired shape for better cooling and mud rejection. 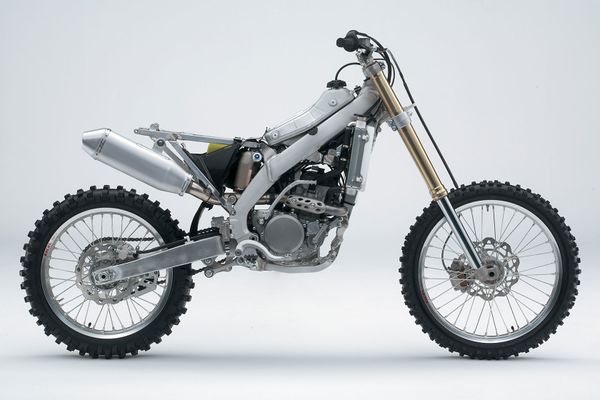 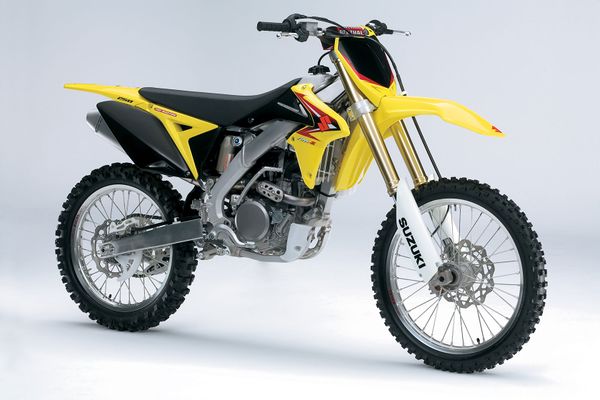 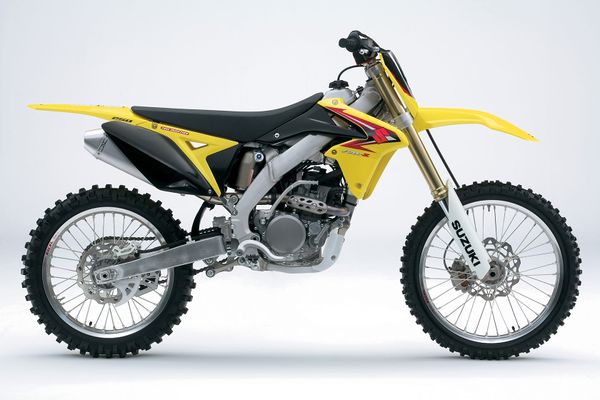 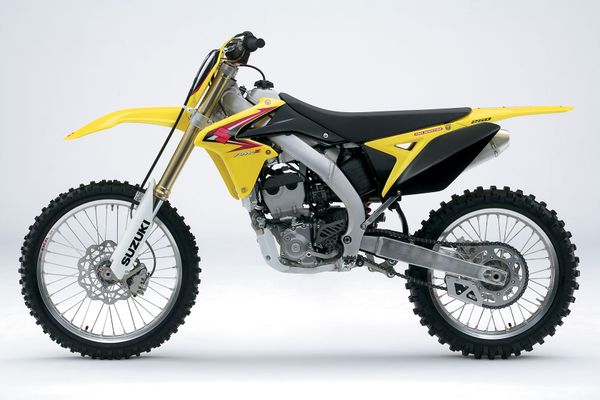 The quarter-liter off-road class may be one of the most rewarding, action-packed sport segments, mostly because the bikes used in it are exceptionally lightweight while retaining a very savage character. This means an exhilarating ride, especially when it comes to the new-generation machines such as the 2010 MY RM-Z250. The model comes with revised cam timing and updated intake ports for more power in the top end zone, while the suspension rates are also tweaked for the new season. 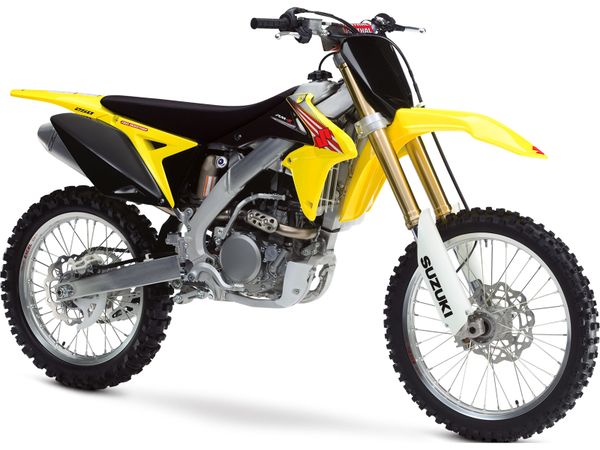 The 2011 model year RM-Z250 introduces a lot of tweaks destined to make the bike more reliable and offer a more rewarding riding experience. The bike does not sport major changes, but the bevy of upgrades are indeed making it different from the previous model. The intake and exhaust timing has been revised for a better engine feeling, while the exhaust pipe was updated to meet AMA noise regulations (94 dB). The ECU settings were obviously updated accordingly, and the radiator hose routing was improved for better cooling.

Starting and shifting has been improved, with a focus on the redesigned kick starter lever and the 3rd and 4th gear. The wiring harness routing and the fuel line cap are also on the upgrades list. 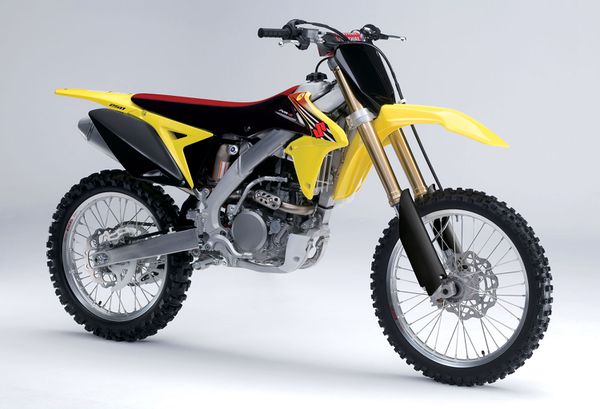 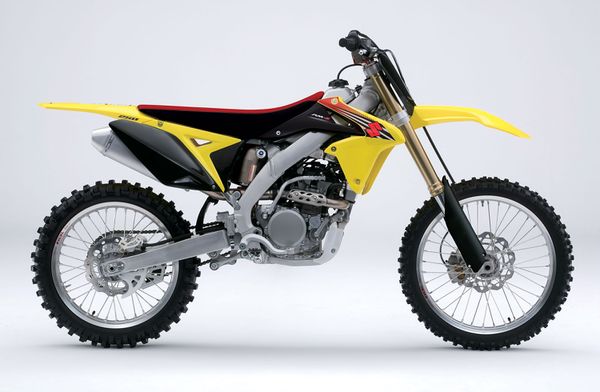 The RM-Z250 is the middleweight motocross bike of choice for many riders, because it packs lightweight construction, plenty of punch from its injected engine and excellent handling for the most demanding situations. The bike is a nifty choice for both seasoned racers and weekend warriors, as its character can be forgiving or vile, as need be.

The 2012 model year brings revised ECU settings for a more linear acceleration and an updated transmission for a more predictable power-to-wheel deployment. 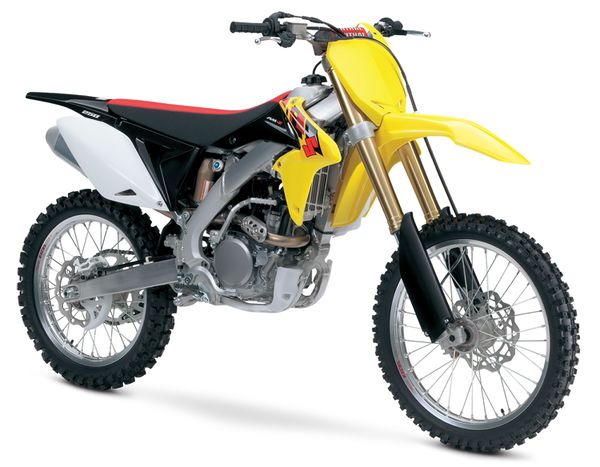 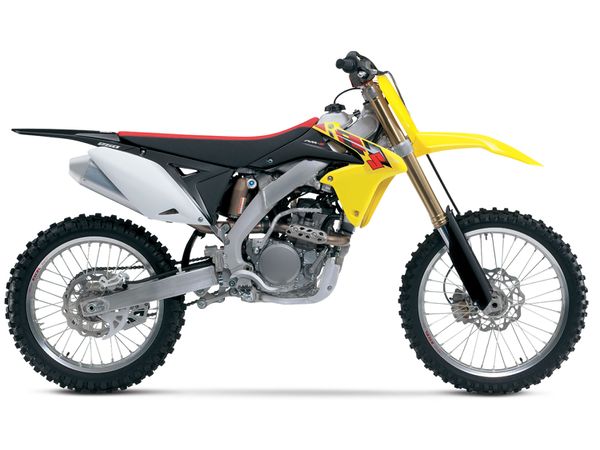 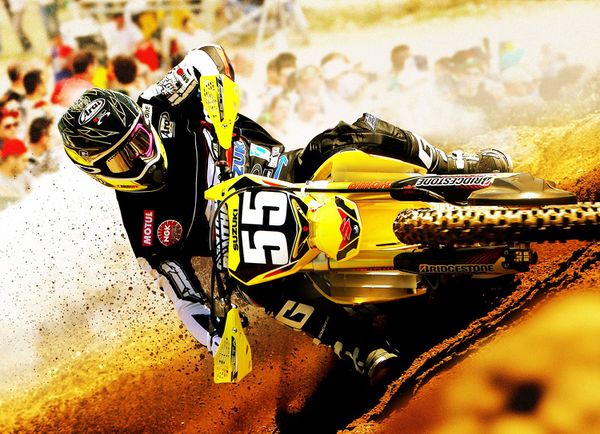 The RM-Z250 is a champion's quarter-liter machine and for 2013 it receives a lot of enhancements, especially in the engine department, with a penchant for better power in the mid- and top-range zones. The new engine internals are complemented by a revised electric system and new electronic package for better fuel economy and injection, better resistance to mud and water.

The frame was also tweaked for better stability and it now used Showa's Separate Function Fork, a lighter and better-performing unit for enhanced control. 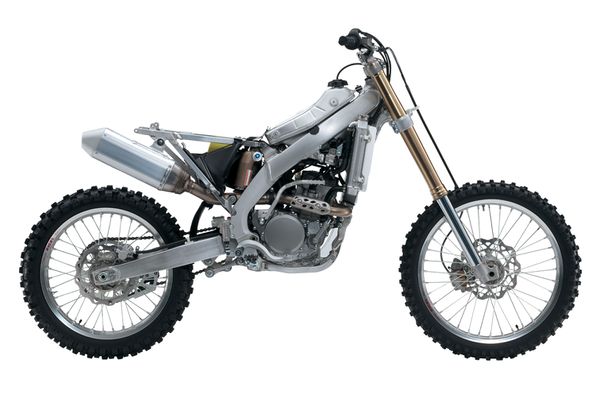 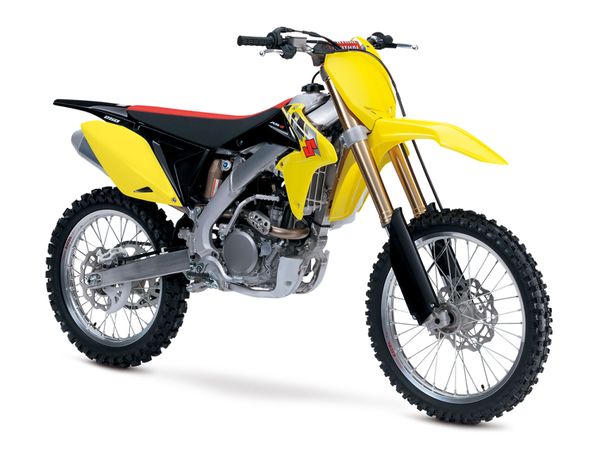 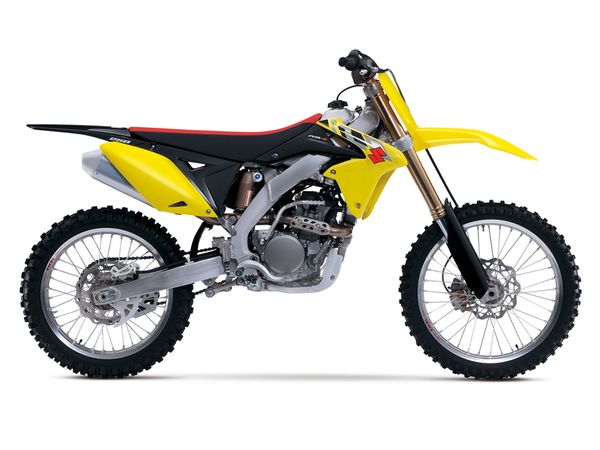 Still one of the bikes to beat in the AMA dirt competitions, the 2014 MY RM-Z250 is a quarter-liter beast which has seen a lot of podiums and is no stranger to the taste of victory. The aluminum frame is now more rigid and provides even sharper handling, aided by the new Showa Separate Function Fork which is lighter and enhances performance both in long straight lines and the sharpest turns.

The radiator was redesigned for better cooling and a rerouted hose helps water flow better and makes maintenance easier. The transmission was also tweaked for smoother transitions and a quick shift feel. 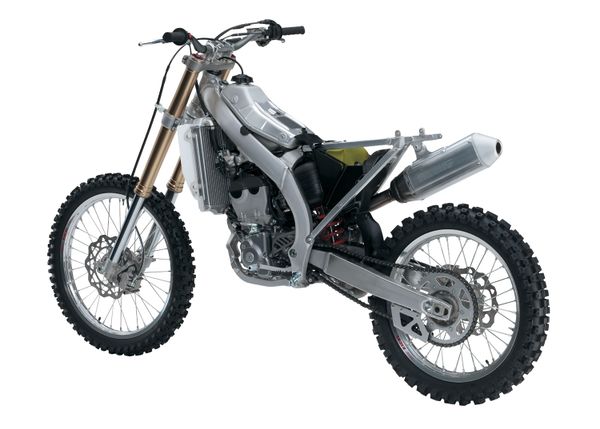 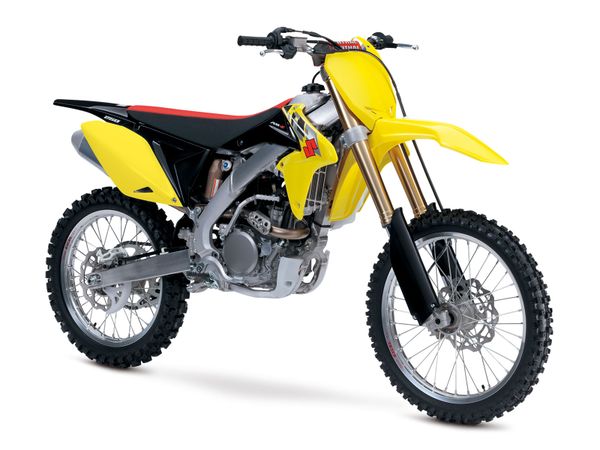 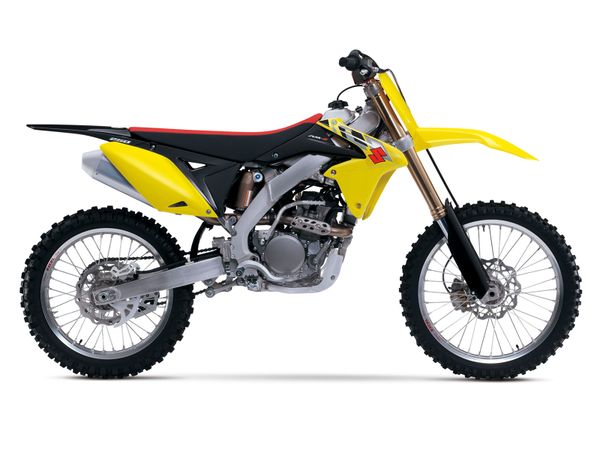 Welcome to the real motocross racing world, indulge yourself in riding one of the world's top quarter-liter racers, the 2015 MY RM-Z250. Surgery-sharp handling is complemented by top-drawer components, such as the Showa Separate Function Fork, redesigned radiator fins and re-routed coolant hoses for better performance in the most demanding of situations. 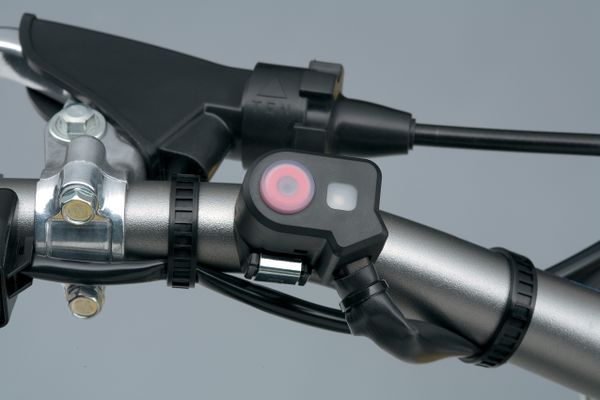 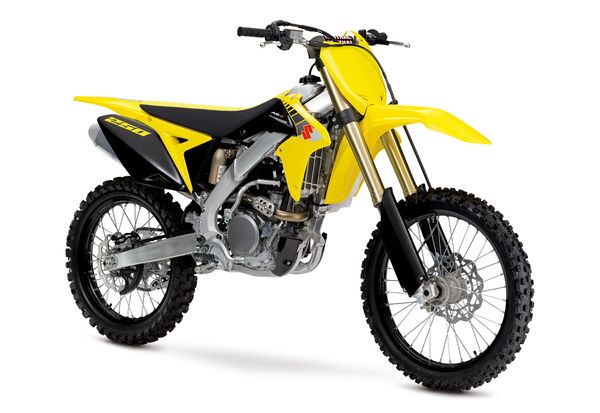 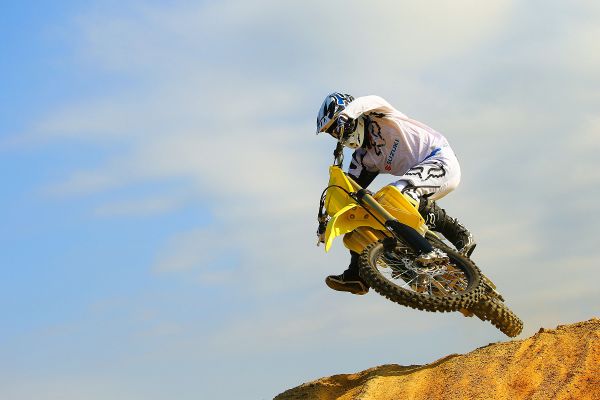 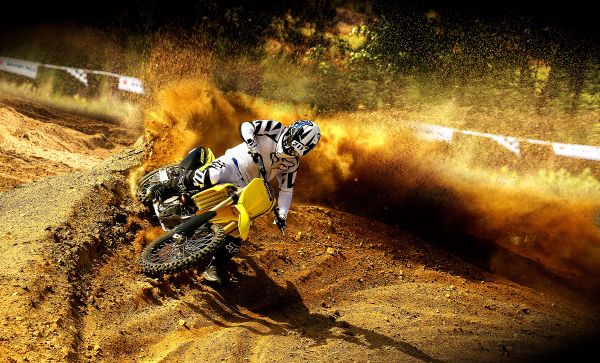 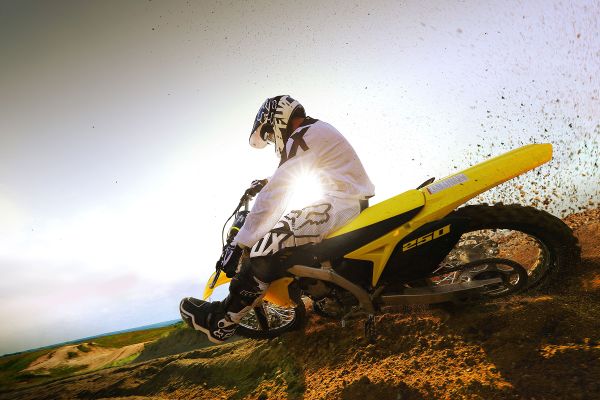 The championship-caliber 2017 Suzuki RM-Z250 has been carefully developed to deliver a high level of performance by incorporating a variety of features originally created for Suzuki’s factory race bikes. The competition-proven Suzuki Holeshot Assist Control (S-HAC) gives riders the best shot at grabbing the holeshot on a wide variety of track conditions, and the specialized KYB PSF2 Pneumatic Spring fork provides both easy adjustability and outstanding action to give the RM-Z250 more precise handling than ever. The remarkable KYB rear shock and the well-sorted aluminum twin-spar frame ensure the razor-sharp handling Suzuki’s are famous for.