Difference between revisions of "Suzuki RM-Z450"

The Suzuki RM-Z450 was a single cylinder, four-stroke Enduro motorcycle produced by Suzuki between 2005 and 2019.

The engine was a liquid cooled single cylinder, four-stroke. A 96.0mm bore x 62.1mm stroke result in a displacement of just 449.0 cubic centimeters. Fuel was supplied via a double overhead cams/twin cam (dohc).

The bike has a 5-speed transmission. Power was moderated via the Wet multi-plate type, manual release. 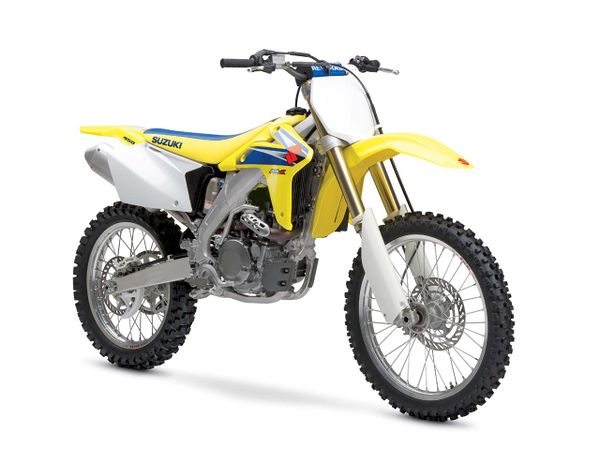 The 2006 MY RM-Z450 is the flagship dirt racing bike in Suzuki's range, one of the meanest machines in the lot, by all means. The new model year introduces plenty of changes, with multiple engine tweaks and more chassis-related updates aimed at providing impeccable performance.

From revisions to relocated parts and redesigned assemblies, the RM-Z450 is and almost entirely new machine, however with one thing remaining unchanged. If you're looking for a zero-compromise bike which can take on any track and any kind of dirt, and you;re not afraid to have your skills and stout character put to the test, the RM-Z450 is the only thing you'll ever need.

In 2006, the RM-Z450 was the first four stroke ever to win the AMA Supercross Championship. In order to celebrate the success, Suzuki has created the 2007 RM-Z450 Ricky Carmichael Replica. 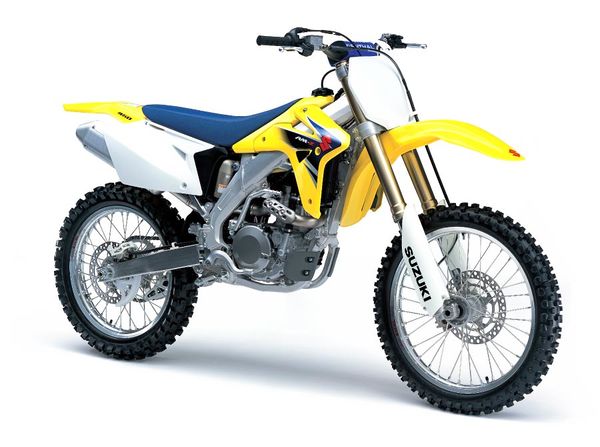 The 2007 MY RM-Z450 receives a new engine and special frame to house it, complete with various bodywork upgrades to go with it. By redesigning several key parts, such as the intake port, combustion chamber and the exhaust system, Suzuki improved low-to-mid range power deployment, while the Showa suspension was tweaked for optimal response.

The 3D-mapping was also upgraded to provide variable ignition timing for better fuel combustion and overall efficiency. Add in a lot of factory-team-derived parts which are destined to provide top-shelf performance. 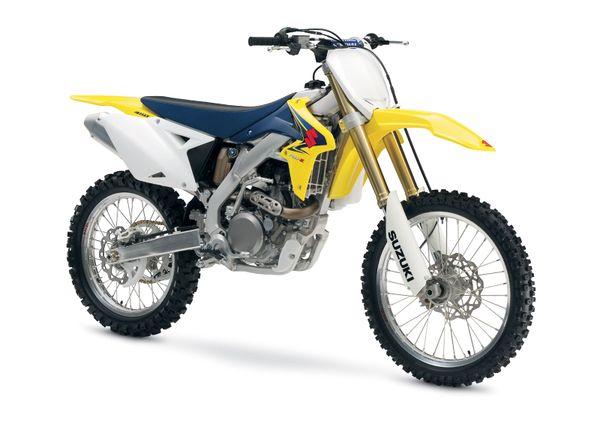 The 2008 model year RM-Z450 receives a host of upgrades and they affect almost the entire bike. From the relocated levers to the racing rotors, to the new gripper seat and the all-new frame, the RM-Z450 has been tweaked quite a lot. The engine is also new, with a new-generation injection system, new airbox and redesigned combustion chamber and piston.

The RM-Z450 was ready to race even before, only now it has an extra edge for winning, too. 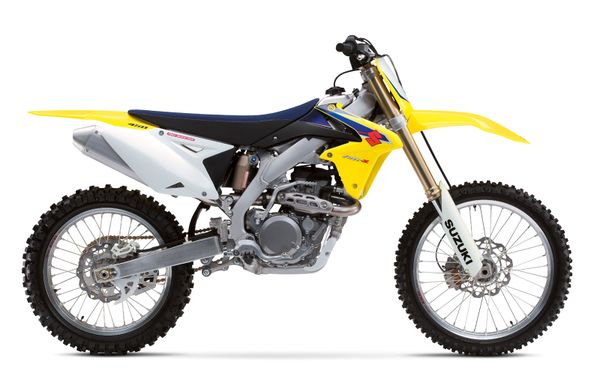 One of the biggest upgrades for the RM-Z450 model is definitely the fuel injection system, a new technology which allows Suzuki engineers to squeeze even more performance from this already top-notch off-road machine. The RM-Z450 retains the chassis, suspensions and brakes developed with Ricky Carmichael, and this means sharp handling and precise braking. The adjustable Showa suspensions will provide smooth damping for any rider, while offering race-grade ground tracking. 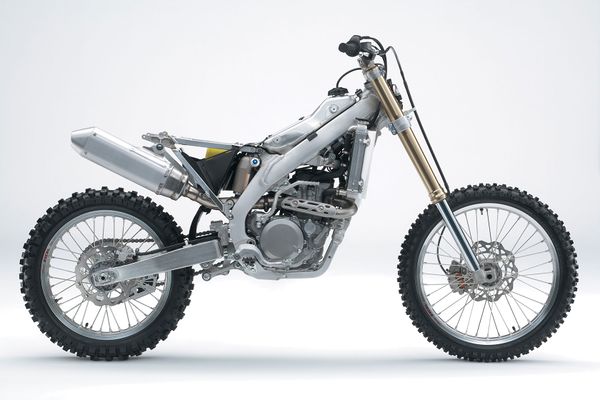 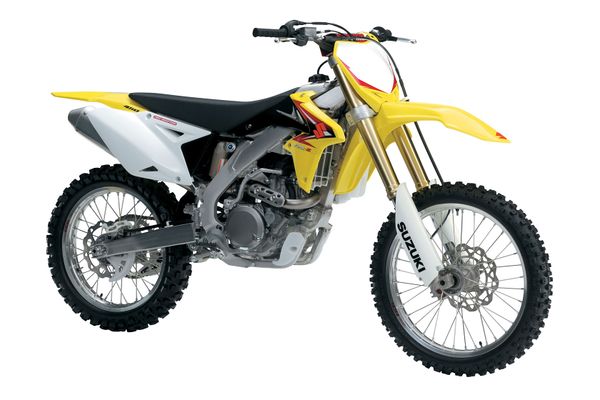 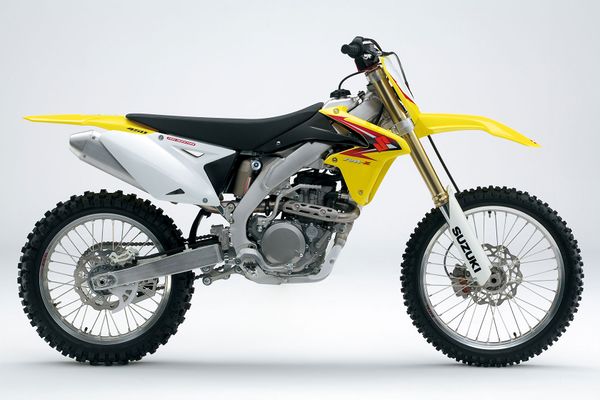 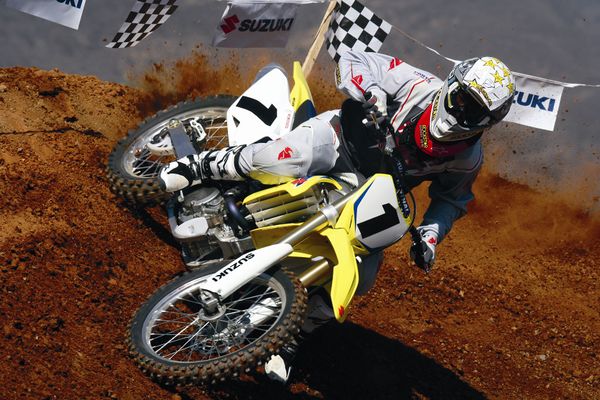 After the magic 2007 moment when Suzuki introduced the first-ever fuel-injected motocross machine, it;s time to add even more upgrades to the amazing RM-Z450. The 2010 MY RM-Z450 received a host of engine modifications in the shape of a new cylinder head, piston, crankshaft, throttle body, cam shafts and valve springs.

The frame is also revised, with extra rigidity, while the spring and damping rates for the suspensions have also been tweaked anew. A new radiator and multiple electrical upgrades including the ECU are part of the new motocross beast. 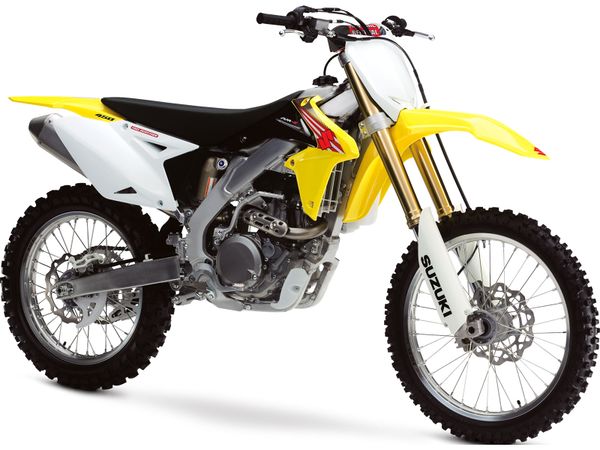 Since the quarter-liter RM-Z was updated for 2011, its bigger sibling, the RM-Z450 could not be left as it was. Suzuki introduced the same upgrades for the bigger off-road machine, and it is now compliant with the stricter AMA noise regulations (94 dB). The intake and exhaust timing have been revised, as well as the exhaust pipe, to provide the improved power and a better feel of the engine.

The ECU settings have been updated too, and riders can easily select between two mapping using the corresponding couplers. The compression ratio has been increased from 12.2:1 up to 12.5:1 for higher output. 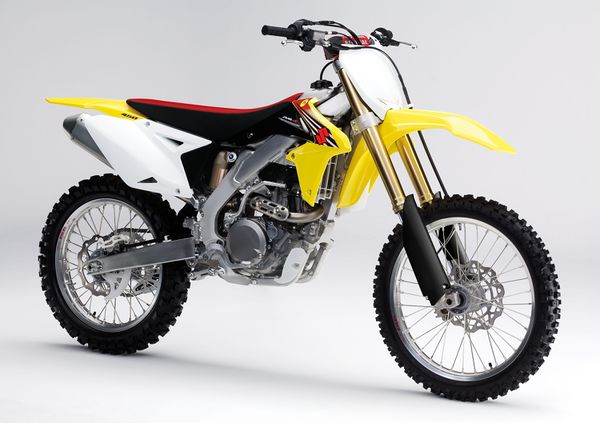 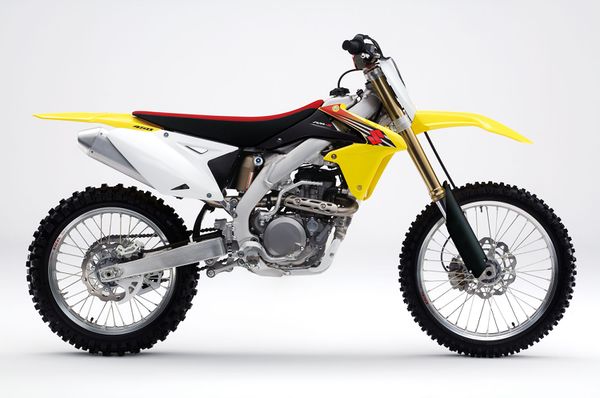 The RM-Z450 is one of the most respected names in motocross, as this machine triumphed on multiple occasions in the MX1, AMA Supercross and other competitions. The 2012 model year brings several upgrades and updates, as follows: 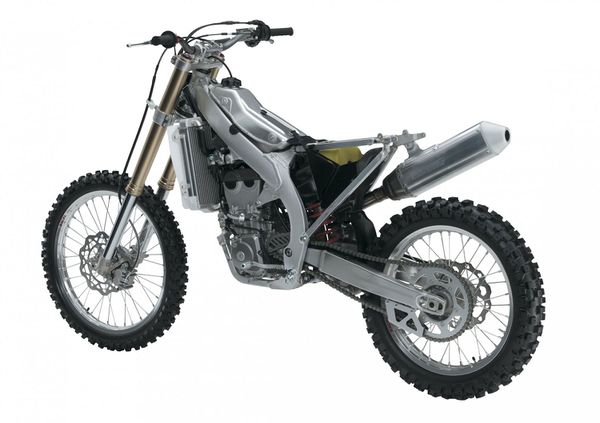 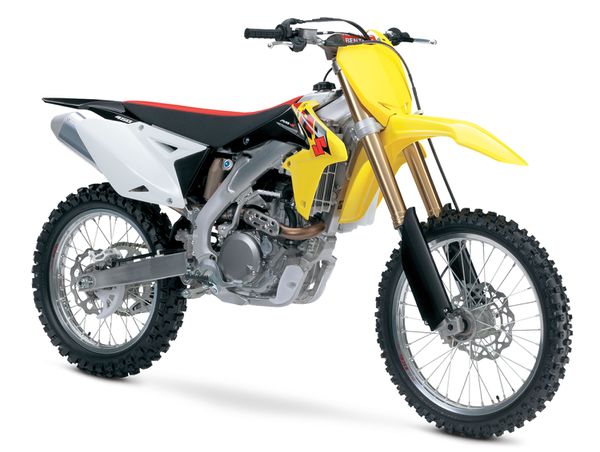 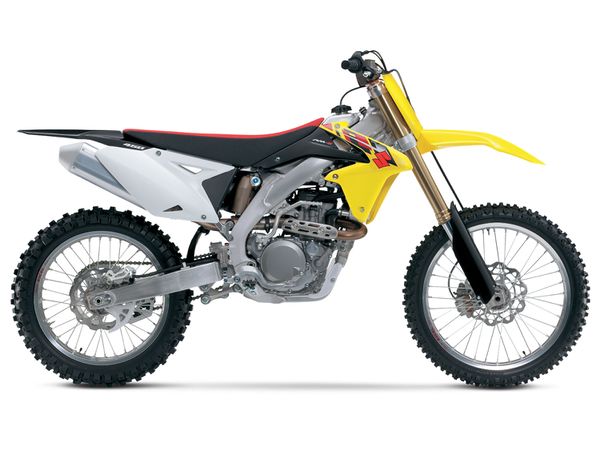 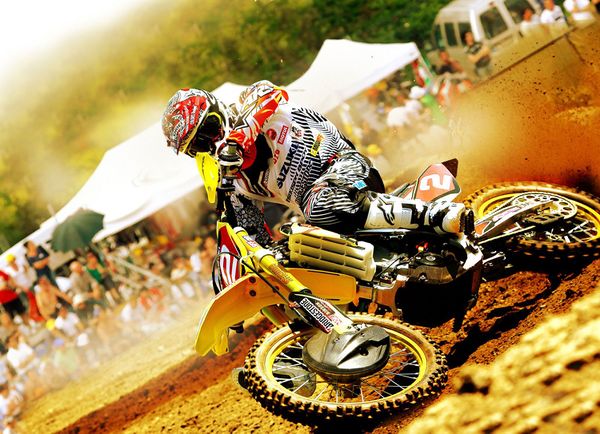 For 2013, the RM-Z450 receives a lot if improvements, especially for the engine and frame, turning this bike into an even better choice for amateur racing programs. Multiple engine internals have been changed and tweaked, from the piston and its pin to the exhaust system, shift cam and camshafts, frame and suspension.

The bike retains its race-winning character, but it has gotten better, more maneuverable and stable during fast straight lines. With higher performance being the only goal, Suzuki managed to deliver a bike which is an even more serious adversary for the rest of the dirt field. 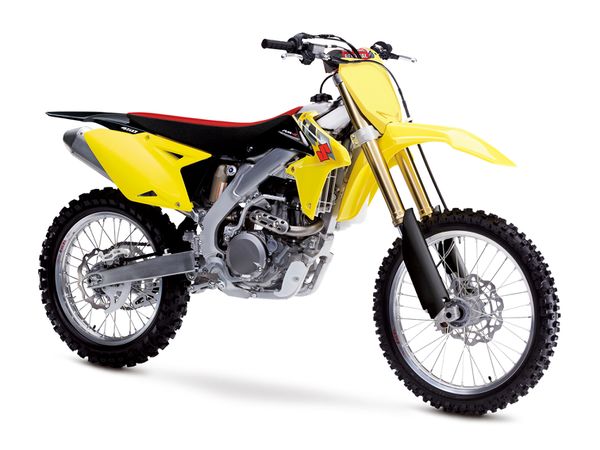 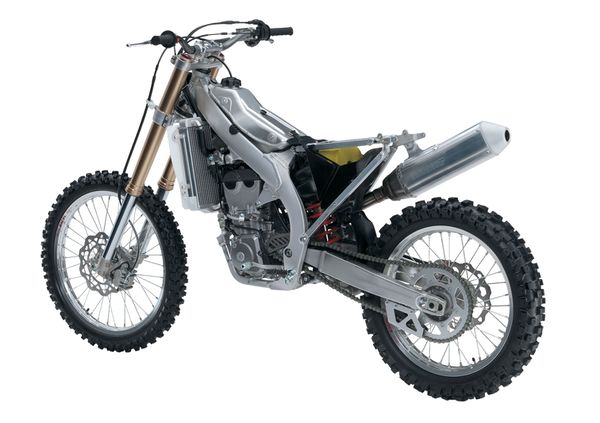 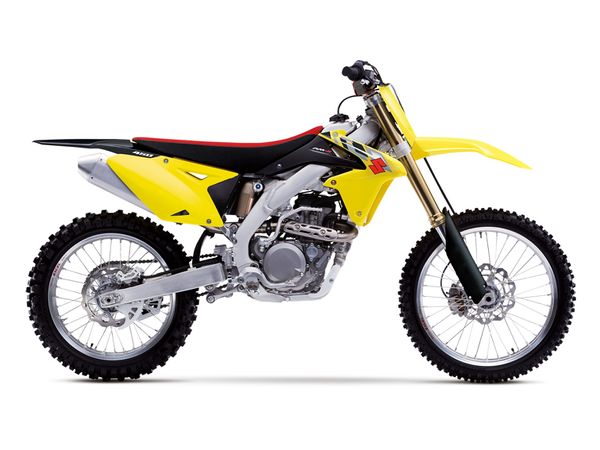 RM-Z450 is one of the benchmarks in the motocross world, and by far Suzuki's flagship dirt racing machine. A bike engineered for the podium, the 2014 MY RM-Z450 also delivers, thanks to excellent power deployment from idle to the redline. Handling is also top notch, as the RM-Z450 uses the Showa Separate Function Fork Type 2 for its precise performance and lightweight construction.

The RM-Z450 even comes with two couplers which allow riders to choose a richer or a leaner fuel setting compared to stock and adapt the bike to their skills and riding scenario. 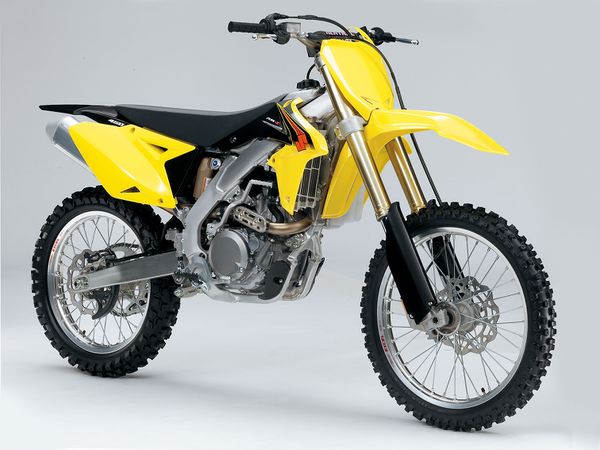 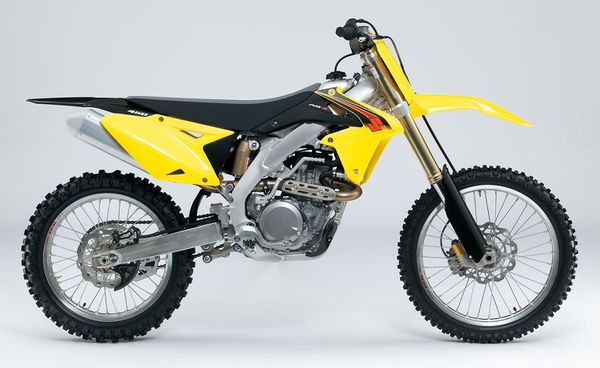 The RM-Z450 is the ultimate motocrosser, a bike engineered down to the last nut and bolt to deliver high performance. Handling is precise and tackling obstacles is now easier thanks to the Showa Separate Function front Fork (SFF). The RM-Z450 is also equipped with the Suzuki Holeshot Assist Control (S-HAC) launch mode inspired by the factory team bikes.

The frame is new and so are several components of the cooling system, while a revised gear shift cam is also present. Quick fuel adjustment is also available thanks to two couplers which can be used on the fly. 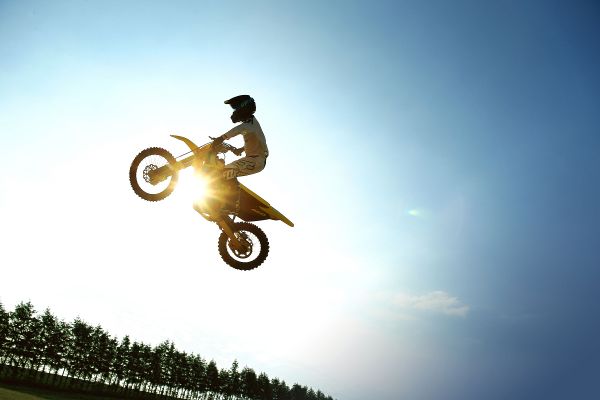 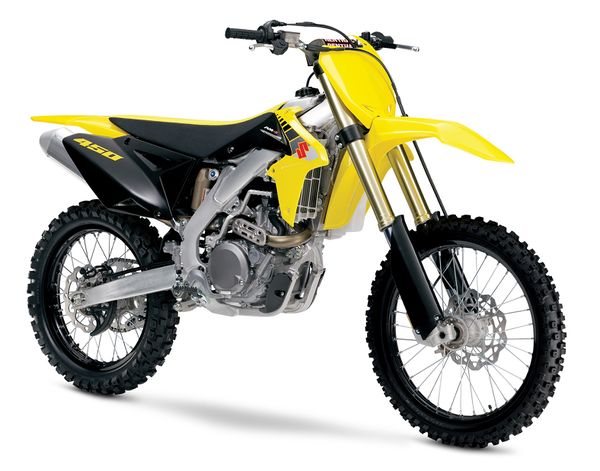 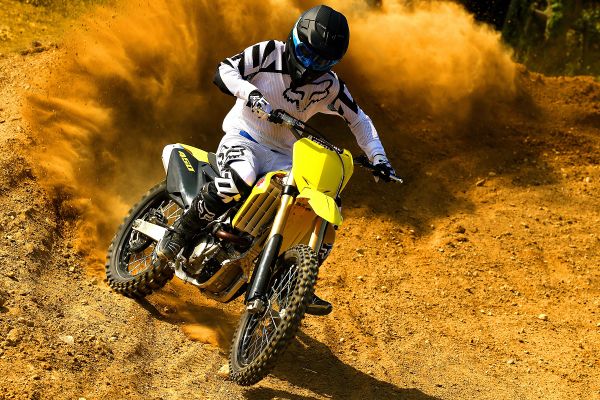 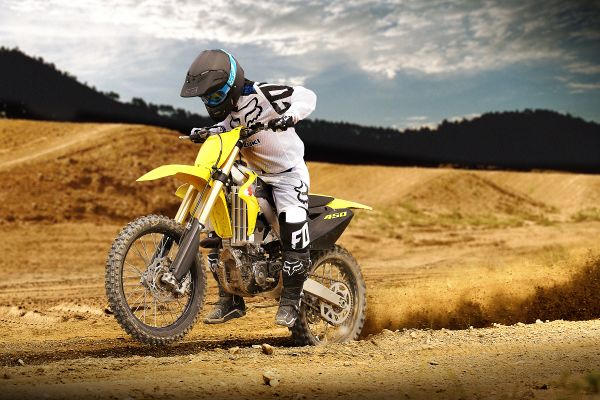 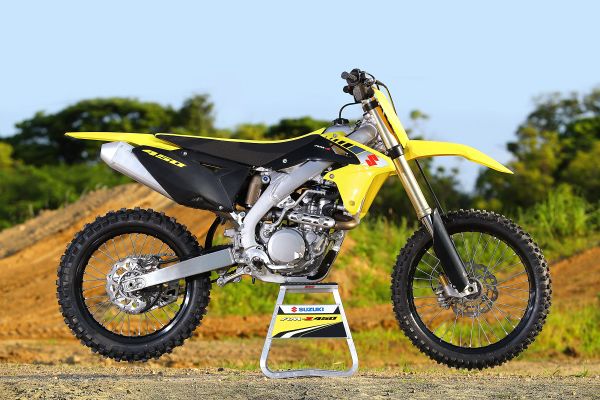 The 2017 Suzuki RM-Z450 features the Suzuki Holeshot Assist Control (S-HAC) system for dominant performance launching out of the gate on virtually any kind of track conditions.