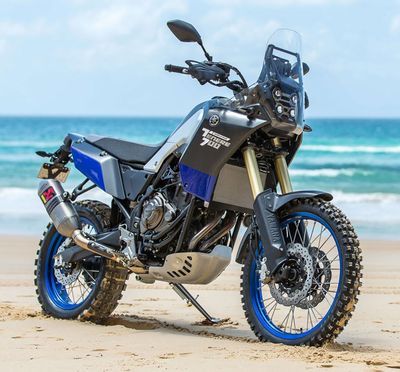 Yamaha unveiled this concept rally bike at the 2016 EICMA show. the T7, and it looks like a proper off-road adventure weapon.

It’s inspired by the iconic XT660Z Tenere and uses the MT-07 as a base although the chassis is all new and it's powered by a specially developed version of the MT’s 689cc parallel-twin engine.

Yamaha has wrapped that stout twin-cylinder engine in a brand new chassis that is suited for dual-spot riding, and hopes to focus its efforts on offering a middleweight adventure-tourer that is high on off-road capability, and low on electronic wizardry.

This should appease those who complain about ADV bikes being too road focused and sophisticated for true adventure riding, and Yamaha hopes to use the T7 concept to develop a bike that meets this ethos, and is suitable for production, but also capable of proper rally raid riding.

As such, the Yamaha T7 is a fully functional prototype, and it is being developed with help from the Official Rally Team in France, Yamaha R&D in Italy, and GK Design in The Netherlands.

Before production begins this Fall with an expected unveiling at the 2018 EICMA show, Yamaha is taking a prototype of the bike around the world with accomplished riders and racers testing the machine and appearing at promotional events.

Details include an aluminum fuel tank, four-projector LED headlight, a carbon fairing and skid plate, and a custom made Akrapovič exhaust plus KYB front suspension. 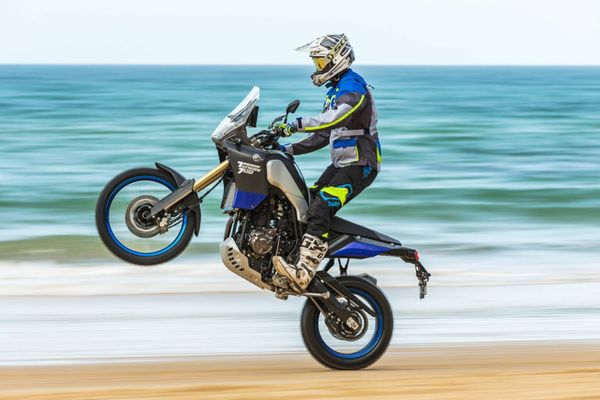 Yamaha’s commitment to the adventure segment is as extensive as it is impressive. The first bike ever to win the Paris to Dakar Rally was the Yamaha XT500. Not only was it the first bike to win the Dakar Rally, it was the first vehicle to win it outright. Initially the rally had no separate car and motorcycle classes so the Yamaha machine was battling against rally tested giants such as Range Rovers and Renaults to pull off a spectacular Yamaha 1-2. After another Dakar win the following year on the XT500 Yamaha found stiff competition as more manufacturers saw the potential of the rally which lead to a return to the drawing board and eventually the XT 600 Ténéré. From there the Ténéré name became synonymous with adventure and over the decades Yamaha worked hard to make sure they produced machines that yearn for exploration.

This chapter of the Ténéré story began in November 2016 when Yamaha revealed the T7 concept and the Ténéré spark was reignited. The idea behind the concept was to remind the world that Yamaha are dedicated to the ideal of exploration and wanted to get a new terrain stomping model out into the wilds in the future. One year later a bold new design was revealed at EICMA, the Ténéré 700 World Raid. A prototype model which is being used to develop the final specification of the production model.

The Ténéré 700 World Raid prototype was designed with adventure in mind, the perfect machine on which to chase your dreams. The bike retains the rugged, rally bred character of the T7 concept bike but has been extensively developed over a year’s worth of intensive testing on the T7. The Ténéré 700 World Raid’s chassis is light in weight and slim, which is in sharp contrast to its competitors right now. This new approach to the adventure scene means the Ténéré 700 World Raid has incredible handling both on and off road. The compact 689cc twin cylinder provides a wide band of tractable power that’s easy to use and perfect for anything the roads or mountains can throw at you. Add to all this an expanded pilot area for navigation equipment, Dakar Rally inspired 4-project headlight assembly and tweaks to every part of the chassis; what you get is a bike ready for any condition, any terrain, any time. 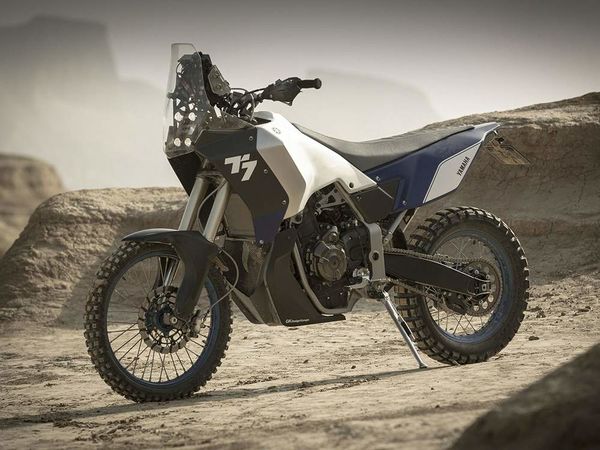 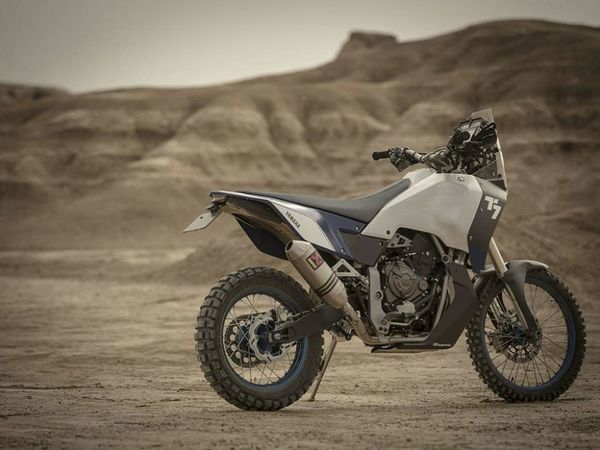 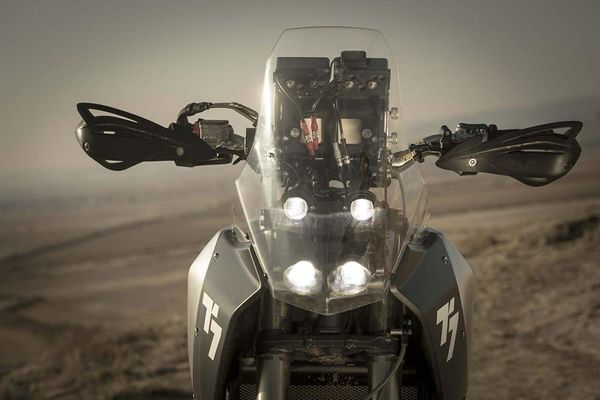 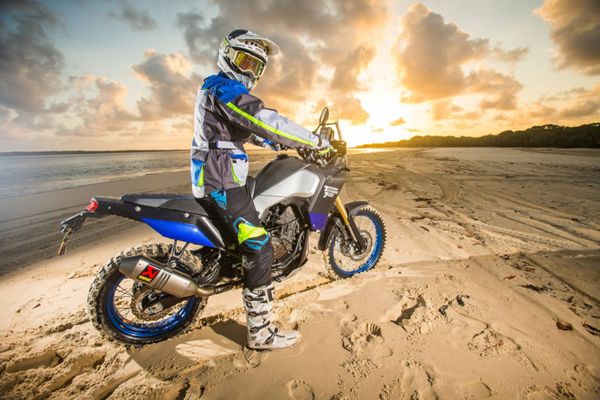 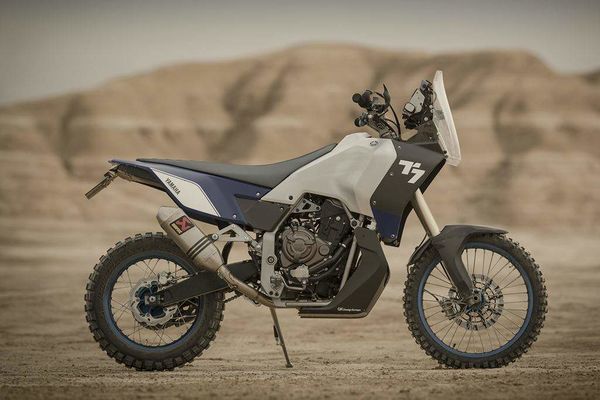