Yamaha released it's first production 125cc roadracer, the TA 125, in early 1974 and advertised it as a "Clubman level Production Racer".

The TA 125 was a twin cylinder, air cooled, two stroke, twin shocked entry level road racer based on the company's successful AS-3 roadbike, released in early 1974. In fact parts such as the swingarm, rear wheel etc. were identical to the AS-3, though the CS2 forks, DS6 front brake, DS6 front wheel, fuel tank and obviously fairing and clip-on handlebars were changed from the roadbike. Included with the machine was a spare parts kit that contained just about everything required for a season's use.

The frame was quite similar to an AS-3 unit, though produced as a racing special, featuring different looking top rails and other modifications such as removal of un-necessary lugs and strengthening the unit to handle the rigours of a racing environment.

Motor-wise, Yamaha chose to keep the basic form of the AS-3 cylinders and heads. The only modifications were altering the porting and chrome lining the bores, changing the exhaust securing system to springs from bolts, and also changing the compression ratio. This combined with new exhausts, pistons, 28mm carbs, close ratio gearbox and a Hitachi CDI ignition system ( visually identical to the TZ units ) boosted the output to a competitive 24bhp at 12,500rpm. Heavier clutch plates, strengthened crankcases around the main bearing journals, and the primary gear being secured to the crankshaft by key/keyway and nut rounded off the modifications to the motor. The TA125 was a 5 speed though there were a few factory 6 speeds around. There were 7 gear kits available, for road use.

Production of the TA 125 ceased in Nov.1974, marking the end of Yamaha's air cooled 2 stroke production roadracers and the beginning of a five year wait for another 125 roadracer, the TZ125. 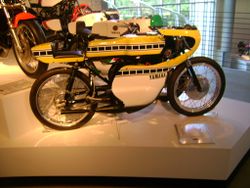 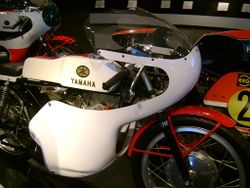 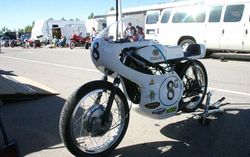 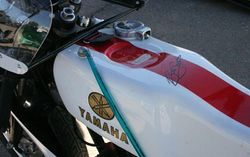 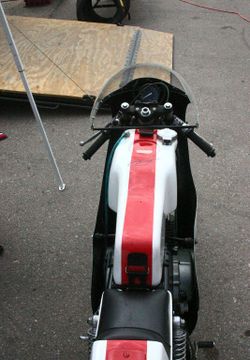 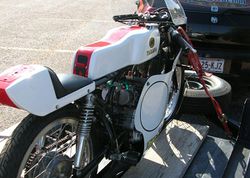 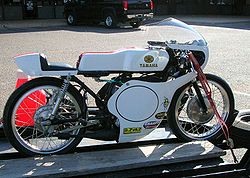