Power was moderated via the Wet Multiplate; 7 Steel 8 Friction.

It came with a 3.25 H19 front tire and a 130/90 H16 rear tire. Stopping was achieved via Single 300mm disc in the front and a Drum in the rear. The front suspension was a 26mm Air assisted telescopic forks while the rear was equipped with a Duel Kayaba shocks, 5-way adjustable spring preload. The XJ650 Maxim was fitted with a 13 Liters / 3.4 US gal fuel tank. The bike weighed just 203 kg / 450 lbs. 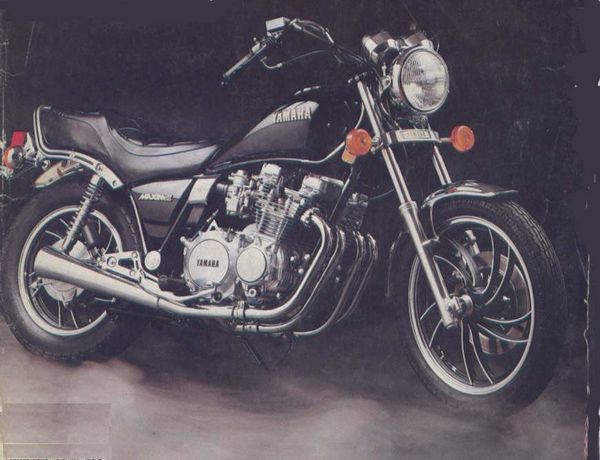 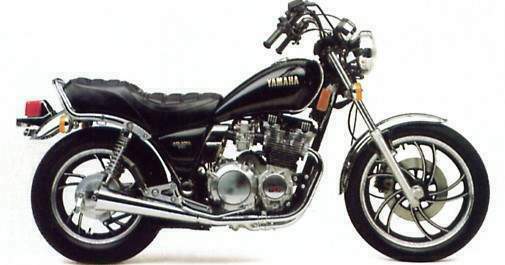 Maxim: Legend in its own time, now for the price of a song, almost. □ In 1980 the Bright-Think Bulb at Yamaha was glowing hot enough to heat the Great Outdoors. Yamaha delivered its basic high-wattage idea  the 650 Maxim. What if, some Yamaha people had asked, Yamaha builds a high-performance 650 motorcycle and gives it "special" styling? Although other makers had dabbled with the cruiser get-up laid over basic Japanese four-cylinder motorcycles, no other manufacturer had made the million-dollar commitment: design a brand-new four-cylinder, and build it specifically as a special. At Yamaha the special became the standard. Three years later, after the wide proliferation of special styling, it's easy to forget what a landmark bike the Maxim was. The 650 was striking, controversial, sensational, and wildly successful in showrooms. Succeeding models were refinements; the 1982 XJ650J had a more comfortable cut to its handlebar, an air-adjustable fork, and a more luxurious seat. For stoplight aggression, the Maxim was well armed. The air-cooled, twin-cam 650 engine was a genuine mid-12 quarter-mile streaker. The engine looked lithe and athletic too; Yamaha made it narrow by locating the alternator piggybackbehind the cylinder block and above the gearbox rather than hanging the works on the end of the crankshaft. The Maxim had another amazing feature for a motorcycle touted as a high-performance piece: shaft drive. Years later, the Maxim is a cruiser classic. Other companies have produced bodacious knock-offs of the 650 Maxim, imitations that suffer from excess ("If they like slightly stepped seats, we'll give 'em real split-level housing"). It's too bad the Maxim was obscured when manufacturers blanketed the market with cruisers. Now Yamaha has decided to turn up the spot lights on the XJ650J Maxim or is it turn on the flashing blue light? The price has plummeted from $2999 in 1982 to $2189, and for the savings you should be able to cruise Main Street for the next 10 years. A decade down the road, the Maxim may well be a genuine classic of the 1980s a bright idea that stood the test of time.