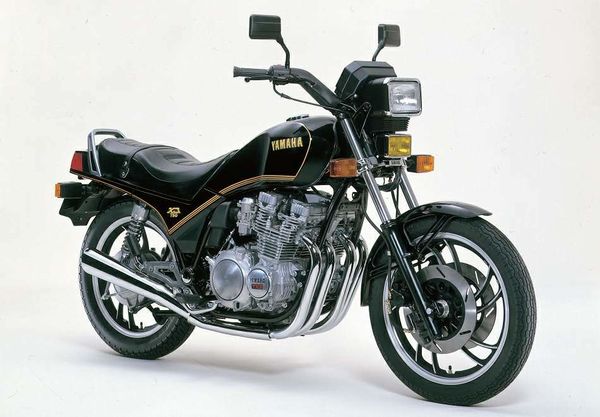 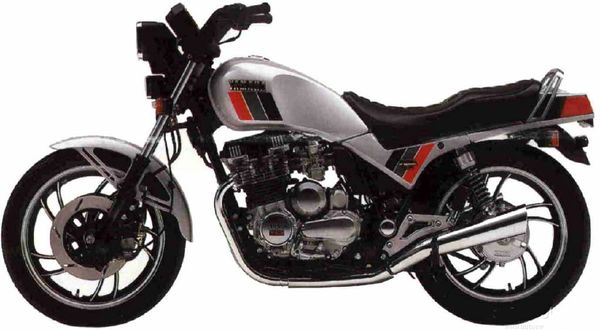 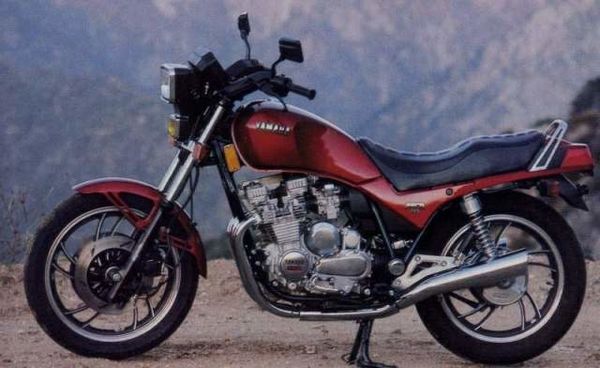 It was at an early-season Grand Prix last year that Kenny Roberts leaned his YZR500 into a turn while still braking hard, the forks bottomed, the rear wheel a foot off the pavement and the front wheel turned slightly to the inside. Spectators gasped, photographers fired off frames and Roberts continued around the corner, exiting on two wheels and winning the race. The best photo of that impossible, magic moment was published in a German magazine. A race mechanic saw it, clipped it out and hung it on his shop's wall, where it now drew the attention of a factory-sponsored Superbike pilot. "That's the biggest problem we've got with our big brakes," the rider said, pointing at the picture. "You can't keep the rear wheel on the ground when you're using the brakes. It's really bad when you're going into a turn with the rear wheel up in the air and the bike wants to get sideways real bad. What we need is anti-dive forks." Anti-dive forks. What that superbike rider still wants but doesn't have, what Kenny Roberts' YZR500 lacked for most of the 1980 Grand Prix season, comes standard on a new street bike known as the Yamaha XJ750RH Seca or Seca 750 for short. It's a curious mix, this Seca 750. The anti-dive forks of a race-bike. The shaft drive of a tourer or cruiser. The digital monitor system of something out of Star Wars. It isn't the quickest, nor the fastest, 750-class motorcycle. It isn't the lightest, nor the best handling. But it comes close in every respect, and it wins the sales features contest hands down. It may be the most interesting motorcycle of the year. The dchc, two-valves-per-cylinder, plain-bearing engine is derived from the XJ650 Maxim powerplant introduced in 1980. The Seca 750 displaces 748cc, with a bore and stroke of 65 by 56.4mm. Besides having a larger bore and longer stroke than the 63 x 52.4mm, 653cc Maxim engine, the Seca engine isn't rubber-mounted. There are other changes as well. The 750's pistons are shorter overall, measuring 56.1mm from top of dome to bottom of skirt, and shorter from the center of the piston pin bore to the deck as well, measuring 25.7mm. The XJ650's pistons are 59.8mm tall overall and have a deck height of 26.2mm. But the 750's pistons are actually taller from pin center to skirt bottom, 27.8mm to the 650's 27.5mm. Piston dimensions were changed to suit the longer stroke and hold down reciprocating weight in spite of the larger bore. The 750's pistons are just .17 oz. heavier, 5.64 oz. to a Maxim piston's 5.47 oz. The 750's connecting rods are longer, but otherwise dimensionally identical to the 650's rods. The 750's crankshaft has the same size plain shell bearings as the 650, and the crank width is identical. Crank pins are the same diameter, but are repositioned due to the larger stroke. Like the 650, the 750 has a gear primary drive, the power flowing from crankshaft to clutch hub to mainshaft to layshaft to a middle gear shaft incorporating a spring-loaded ramp-type shock absorber (or cush drive) and from there through bevel gears to the driveshaft. The layshaft is positioned underneath the mainshaft in the lower half of the crankcases, to hold down engine length, with the middle gear shaft behind the mainshaft. The system is relatively simple for a shaft-drive, transverse four-cylinder engine, but still uses one more shaft than the simplest Fours. However, because the engine uses a gear primary directly to the clutch hub, it has the same number of shafts as the chain-drive Seca 550, which uses a link-plate primary chain to drive a jackshaft, which then drives the clutch hub through a gear. The 750 engine uses a small link-plate chain to drive an auxiliary shaft, which carries the generator behind the cylinders, thus avoiding mounting the generator on the crankshaft and reducing overall engine width. And the 750 is narrow, 18 in. from crankshaft end cover to end cover. Like the Seca 550, the Seca 750 has a Yamaha Induction Control System (YICS) cylinder head. (YICS was explained in detail in the April, 1981 CW.) Basically, YICS consists of small, auxiliary sub-intake ports connected by a passageway in the head. A small port intersects each main intake port and feeds a high-velocity stream of air-fuel mixture into the main port during the intake cycle. That high-velocity stream swirls the charge coming through the main port, resulting in a more dense, more evenly distributed mixture in the cylinder. The denser charge improves fuel efficiency and gas mileage, without reducing peak horsepower.