The Model 20B was the model imported into the USA.

The engine was a air cooled twin, four-stroke. A 66.0mm bore x 72.8mm stroke result in a displacement of just 498.0 cubic centimeters. The engine features a 7.0:1 compression ratio.

The bike has a 4-speed transmission. The final drive was via chain. Power was moderated via the wet multi-plate. 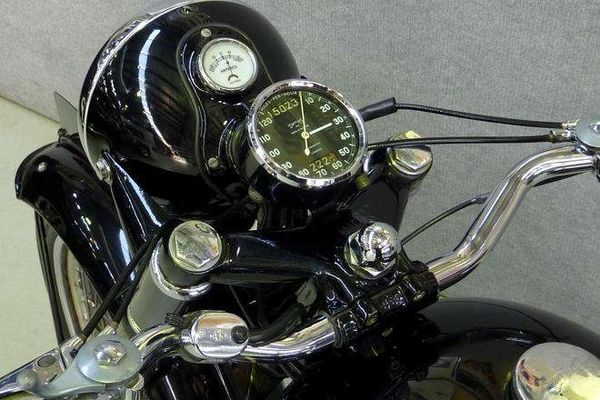 The 1948 AJS Model 20 500 has, at its heart, an air-cooled, four-stroke, 498cc, parallel twin cylinder powerplant mated to a four-speed manual transmission. It comes standard with features such as laced wheels, a suspension package composed of a front telescopic fork and dual rear shocks, a solo, sprung seat, wide handlebars, an analogue instrument cluster, a dual exhaust system, full-fenders, a blacked-out frame, and a large, 17-liter (4.5-gallon) fuel tank.