It came with a 3.25 -19 front tire and a 3.50 -19 rear tire. Stopping was achieved via drum in the front and a drum in the rear. The front suspension was a telescopic fork while the rear was equiped with a dual shocks. 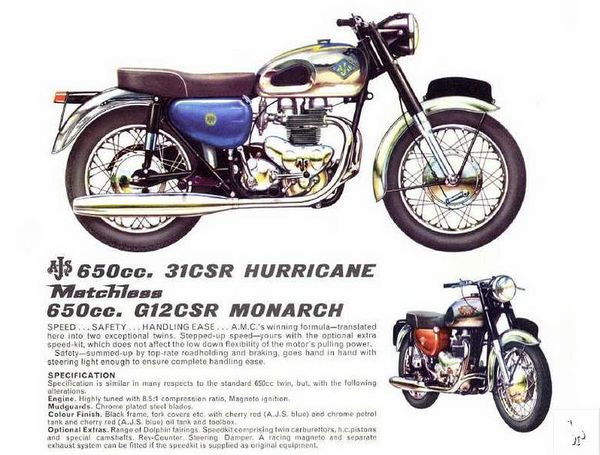 The 1957 AJS Model 31 650 has, at its heart, an air-cooled, four-stroke, 646cc, parallel twin powerhouse paired to a four-speed manual transmission, and can reach a maximum power output of 43 horsepower at 6000 rpm.

It comes standard with features such as a blacked-out frame, a suspension package composed of a front telescopic fork and dual shocks as a rear suspension, a dual seat, a chromed, dual exhaust system, laced wheels, full fenders, and a dual tone paint scheme.