The engine was a air cooled single cylinder, two-stroke. A 50.0mm bore x 50.0mm stroke result in a displacement of just 100.0 cubic centimeters.

The bike has a 3-speed transmission. Power was moderated via the wet multi-disc, manual. 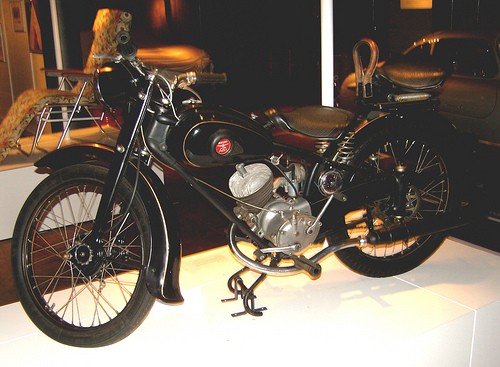 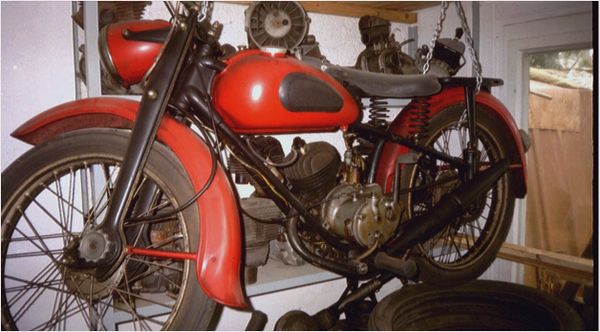 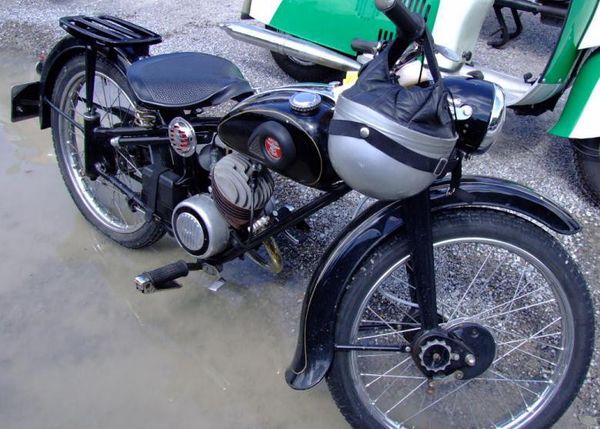 The 1949 MY Adler M 100 has, at its heart, an air-cooled, two-stroke, 98cc, single cylinder powerhouse mated to a three-speed manual transmission, and can produce a claimed 4 horsepower. It boasts standard features such as a leading link front fork, twin plunger shocks as a rear suspension, a drum braking system, laced wheels, a single seat, a rear luggage rack and a large headlight.