The bike has a CVT transmission. Power was moderated via the dry, automatic, centrifugal. 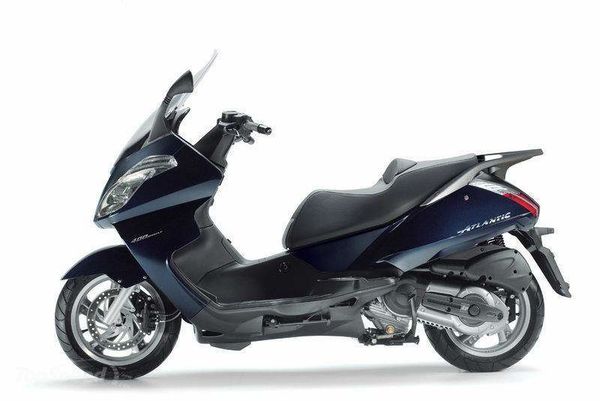 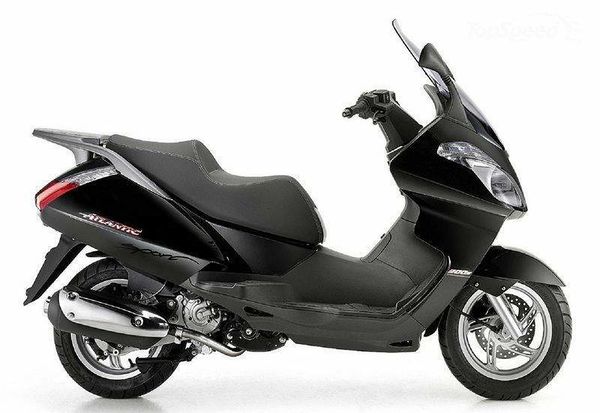 The 2013 MY Aprilia Atlantic 300 is a middle-class scooter that is suitable for daily commuting and is also capable of longer, inter-city trips, whether solo or two-up. At its heart lies a liquid-cooled, four-stroke, 278cc, single cylinder powerplant mated to a continuously variable transmission (CVT), and can reach a maximum power output of 22 horsepower and 24 Nm of torque. It comes standard with a spacious dual seat, a rear luggage rack, an under-seat storage compartment, a large fairing with a windscreen, for improved protection against the elements, and front and rear disc brakes.