The engine was a liquid cooled single cylinder, two-stroke. A 72.0mm bore x 61.0mm stroke result in a displacement of just 246.0 cubic centimeters. Fuel was supplied via a rotary valves.

It came with a 3.00-21 front tire and a 4.50-18 rear tire. Stopping was achieved via single disc in the front and a expanding brake in the rear. The front suspension was a telescopic fork while the rear was equipped with a monoshock. The RX250 was fitted with a 2.25 Gallon (8.50 Liters) fuel tank. 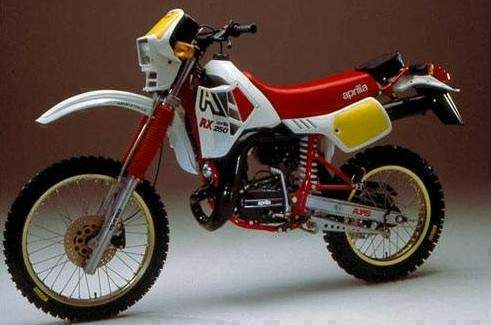 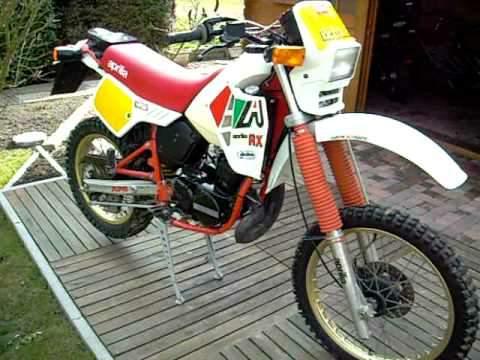 The 1986 MY Aprilia RX 250 has, at its heart, a liquid-cooled, two-stroke, 246cc, single cylinder powerplant mated to a six-speed manual transmission and can produce a claimed 47 horsepower at 8000 rpm. This mid-size off-road machine comes standard with features such as laced wheels with knobby tires mounted on them, a telescopic front fork, a single shock absorber as a rear suspension, a front disc brake, a rear drum brake, a race-inspired livery and an 8-liter (2.2-gallon) fuel tank.