The Route 125, called ST 125, 125th Street was the first produced in April and therefore can be defined without a doubt the ancestor of all roads - 125 and - subsequently produced by Noale. Presented at the Milan Show in November 1981, ST 125 was marketed only since October 1982, almost a year long wait, but justified by the desire of April to present an advanced, but above all reliable.

125 First Street Aprilia bike was a slim and elegant, but certainly far from exasperation rather technical and aesthetic, especially in color, which characterize the road Aprilia in the years ahead. ST had in fact a rather conventional for its time line, where the young sixteen already dreaming of motion with partial fairings that I was so fashionable at the time - and tip the front windshield - and Aprilia conservatively suggested as an option on its 125 first road only during the period of 1983 and that we will see the evolution of the series only since 1984 (STX 125).

ST therefore still presented as a bike-light, but unlike other age 125, which provided the emotions that were expected from their old-fashioned look, ST was certainly a nice surprise, thanks to the technical content that made it a movement superior in terms of driveability and performance.

Although no fairing and front tip, the appearance of the ST is still nice and very elegant. The instrumentation appears well maintained and equipped with several indicators of service, although the light "oil" is pure presence, as the ST has no automatic mixer and then to separate oil tank for the mixture. Very well made electrical controls on the handlebar and the Magura very practical to adopt one of four key services: power, seat, tank and anti-theft cap column.

The first road Aprilia chassis is a conventional double-cradle tubular closed with substantial reinforcements behind the headstock. If the 32mm Marzocchi fork is rather conventional, the same can not be said for the rear where it appeared a swingarm suspension with single shock absorber called progressive Sebach APS (Aprilia Progressive System). The system, first case among 125 Italian road, was born from the experience of Venetian house in the jeep and it was certainly a novelty for the age sixteen. The brakes use the proven solution front disc / rear drum. The front brake system is production Grimeca.

The motor produced by Japan's Hiro (partner Aprilia mid 70s) is a direct evolution of the bright motor manufactured for off-road models, but widely reviewed in the light of the new job working on distribution, on discharge and six gear ratios relations. Among the main prerogatives of the engine Hiro include:

The admission system called mixed H.I.S. (Hiro Induction System), or four blades are arranged for admission to the inlet side and not disturb the flow of mixture from the carburetor and therefore, with the advantage of using a diagram optimal for maximum power, but without the shot at low speeds excessively penalized. Triggered by a cooling system pump and extended to housing, or a more efficient circulation thermosyphon cooling systems used in other 125cc era (see Zündapp KS WK). The electronic ignition system with variable 130w generator that allows you to mount an efficient lighting system, combined with a 12v electrical system.

The 1983 MY Aprilia ST 125 has, at its heart, a liquid-cooled, two-stroke, 124cc, single cylinder lump paired to a six-speed manual transmission, and can produce 18 horsepower and 14 Nm of torque. This entry-level machine is best suited for the more young and inexperienced among riders, and comes standard with features such as a 32mm Marzocchi telescopic front fork, a single shock absorber in the rear, a front disc brake and a drum in the rear, an analogue instrument cluster and blacked-out engine accents.

The 1984 MY Aprilia ST 125 has been designed by the House of Noale for the younger among its fans that want a two-wheeler suitable for the busy traffic found in the urban jungle. It boasts standard features such as a 32mm Marzocchi telescopic front fork, a single shock absorber in the rear, a front disc brake and a drum in the rear, an analogue instrument cluster and blacked-out engine accents.

In the tech/engine department, it sports a liquid-cooled, two-stroke, 124cc, single cylinder lump mated toa six-speed manual transmission, and can reach a maximum power output of 18 horsepower and 14 Nm of torque. 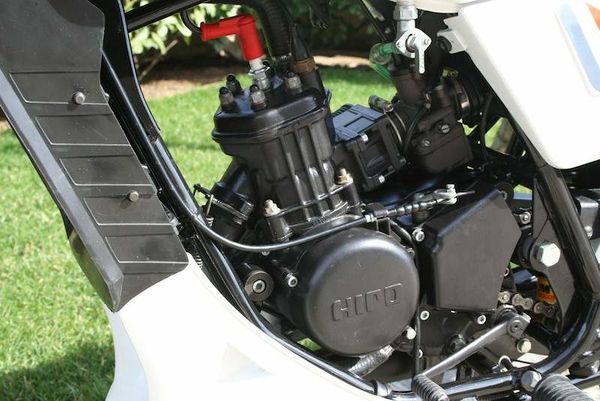 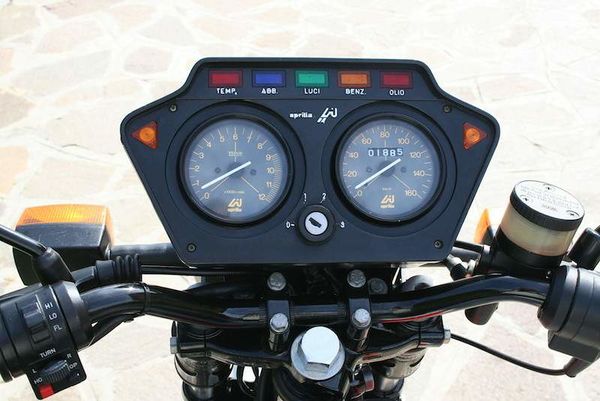 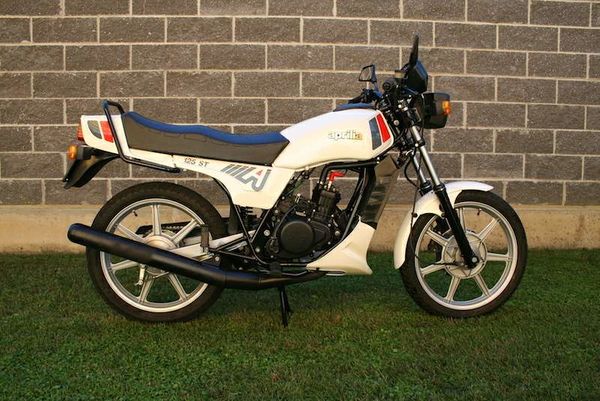 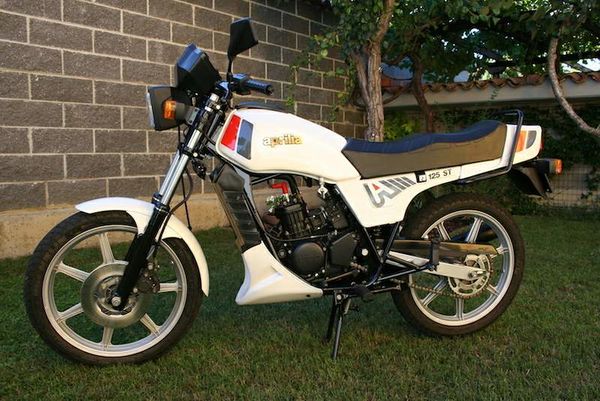 The 1985 MY Aprilia ST 125 is one of the first entry-level supermoto two-wheelers developed by the House of Noale. It has, at its heart, a liquid-cooled, two-stroke, 124cc, single cylinder powerplant mated to a six-speed manual transmission, and can produce a claimed 18 horsepower and 14 Nm of torque.

It also comes standard with the high-end feature such as a 32mm Marzocchi telescopic front fork, a single shock absorber in the rear, a front disc brake and a drum in the rear, an analogue instrument cluster and blacked-out engine accents.