In 1944 the firm was sold to BSA. After the sale, Ariel built two types of twins, the softly-tuned 500cc KH, which debuted in 1949 selling poorly, and the more powerful and successful Huntmaster which was powered by a modified version of the 650cc engine from BSA's A10. The Huntmaster however was it's own bike with a completely different frame from the A10. The Huntmaster was particularly popular with sidecar fanatics in the late 1950s.

The engine was a air cooled twin, four-stroke. A 70.0mm bore x 84.0mm stroke result in a displacement of just 646.0 cubic centimeters. Fuel was supplied via a overhead valves (ohv).

The bike has a 4-speed transmission. Power was moderated via the dry plate. 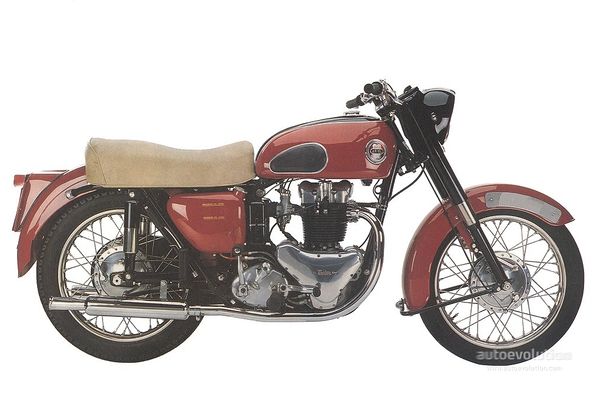 In 1944, after being sold to BSA, Ariel built the 500cc KH, which made its entrance in 1949 and the popular Huntmaster, powered by a slightly different version of the 650cc engine taken from BSA's A10. The Huntmaster had a great success because of its sidecar, which was added in 1950.