The engine was a air cooled single cylinder, four-stroke. A 86.4mm bore x 102.0mm stroke result in a displacement of just 598.0 cubic centimeters.

The bike has a 4-speed transmission. Power was moderated via the dry, multiplate. 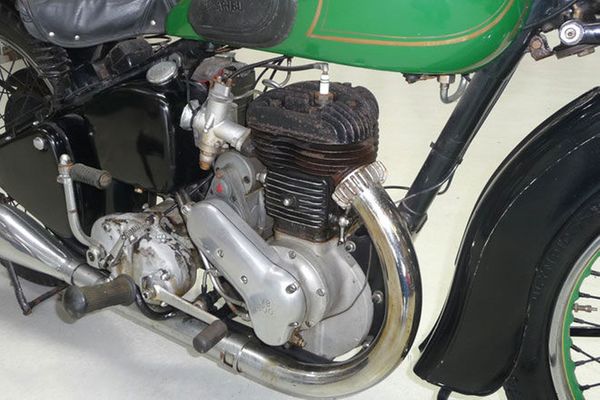 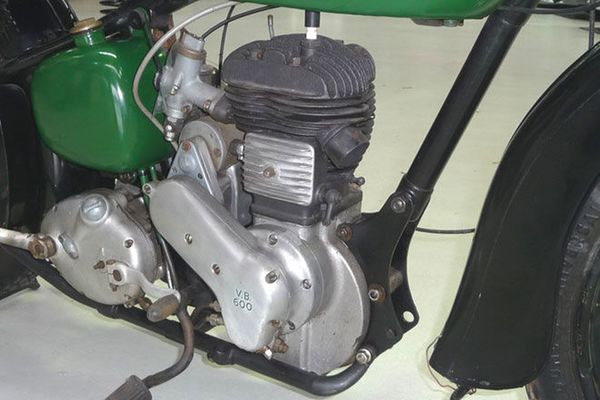 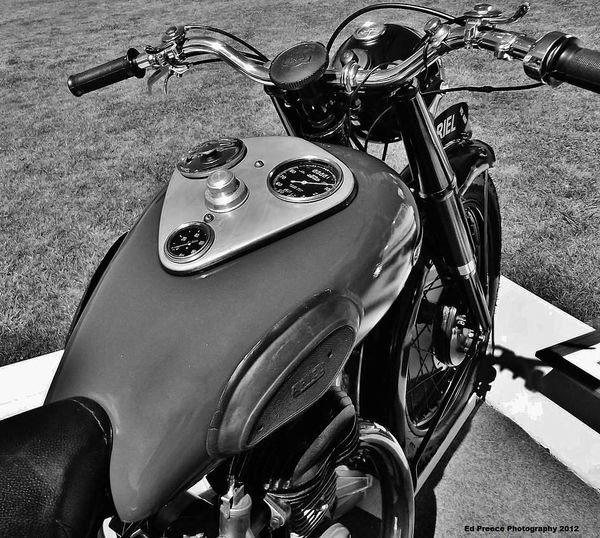 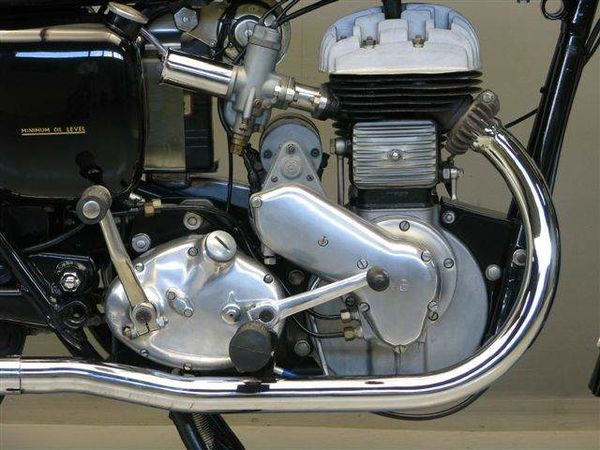 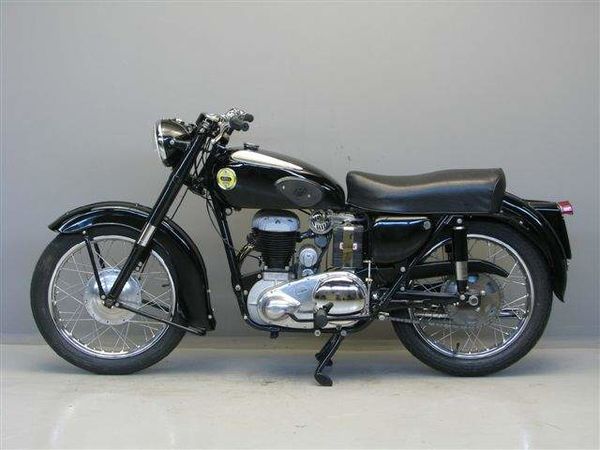 The 1947 Ariel VB 600 has, at its heart, an air-cooled, four-stroke, 598cc, single cylinder powerplant mated to a four-speed manual transmission, and can produce a claimed 15 HP (11.2 Kw) at 4400 rpm. The key features for this post-war machine would be the laced wheels, a dual seat, plunger shocks as a rear suspension, a telescopic front fork, an analogue instrument cluster, a wide handlebar, full fenders, a large headlight and a drum braking system.