The engine was a Liquid cooled Four stroke, single cylinder, DOHC, 4 valves per cylinder. The engine featured a 13.0:1 compression ratio. 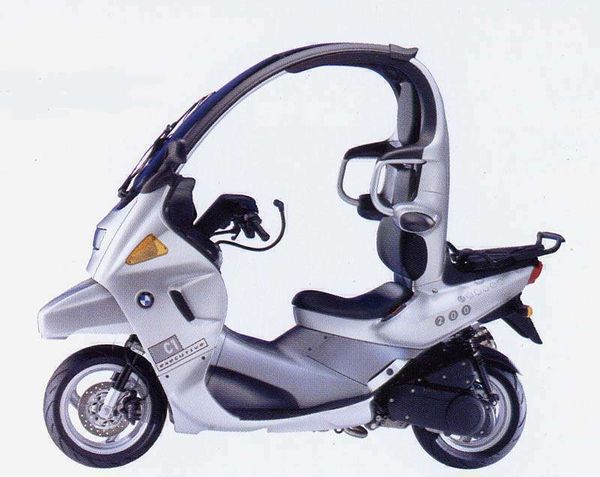 BMW is known for its unconventional designs, none more so than the CI. Safety features had never really been included on a motorbike before this machine appeared in 2000. The CI is built around an aluminum cage, designed to keep the rider safe inside in the event of an accident. Twin seatbelts hold the rider in place, and the cage can withstand very large impacts. An impact-absorbing frontal zone helps soak up much of the energy in a head-on crash - the most common type of motorcycle crash involving other vehicles. The rest of the CI is more conventional. The engine is a four-stroke design, with fuel-injection and automatic transmission. The CI is offered with many accessories, including ABS, sound and luggage systems.