The engine was a liquid cooled twin, four-stroke. A 82.0mm bore x 75.6mm stroke result in a displacement of just 798.0 cubic centimeters. Fuel was supplied via a double overhead cams/twin cam (dohc).

The bike has a 6-speed transmission. Power was moderated via the multiple-disc clutch in oil bath, mechanically operated.

It came with a 110/80-19 front tire and a 140/80-17 rear tire. Stopping was achieved via double disc. abs. floating discs. two-piston calipers. in the front and a single disc. abs. floating disc. single-piston caliper. in the rear. The front suspension was a telescopic fork, 41 mm while the rear was equipped with a cast aluminum dual swing arm, central spring strut, spring pre-load hydraulically adjustable (continuously variable) at handwheel, rebound damping adjustable. The F700GS was fitted with a 4.23 Gallon (16.00 Liters) fuel tank. The bike weighed just 410.06 pounds (186.0 Kg). The wheelbase was 61.5 inches (1562 mm) long. 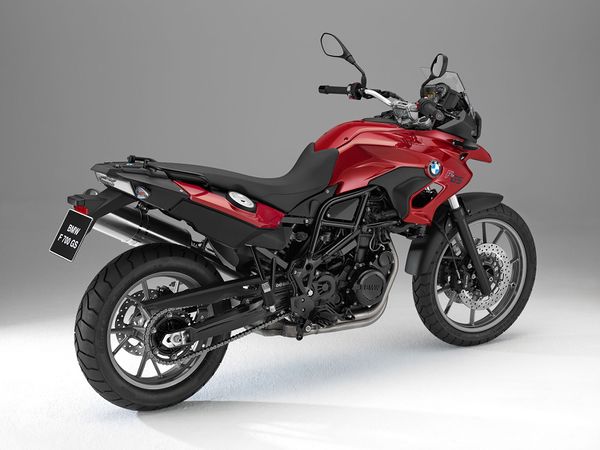 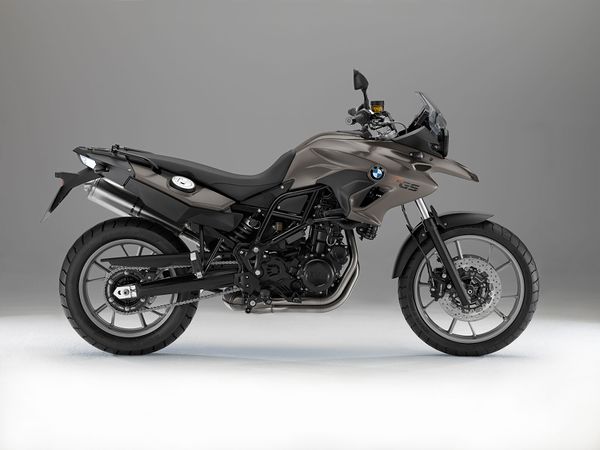 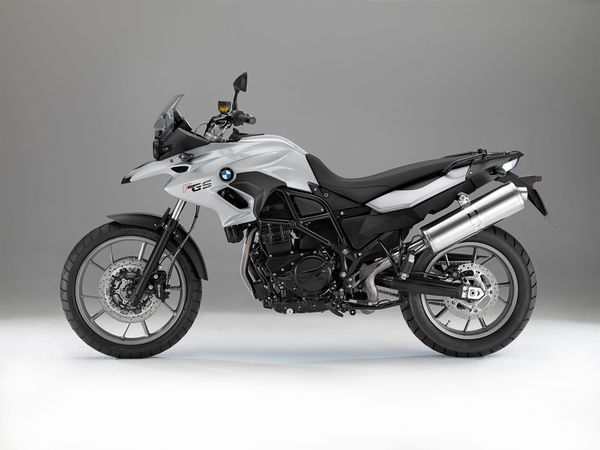 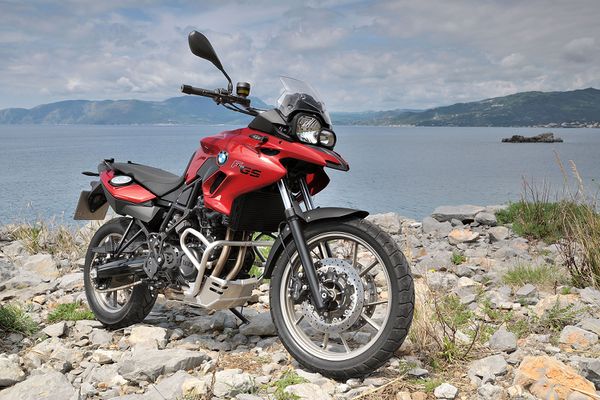 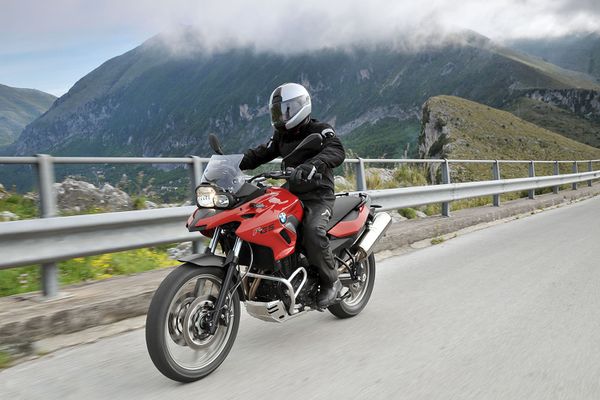 The 2013 MY BMW F 700 GS has been designed as a successor for the acclaimed F 650 GS. It has received an upgrade in the engine department, and it now produces 75 horsepower and 77 Nm of torque. as well as other features that increase its versatility. ABS as standard, new paint schemes, Red apple metallic, Ostra grey metallic matte and Glacier silver metallic, a new handlebar clamp, and a new windshield have been fitted, as opposed to the F 650 GS.

At its heart lies a liquid-cooled, four-stroke, 798cc, twin cylinder powerhouse mated to a six-speed manual transmission. A number of optional technologies seriously increase its overall performance and versatility, and make this machine one of the preferred choices among mid-sized adventure two-wheeler fans. 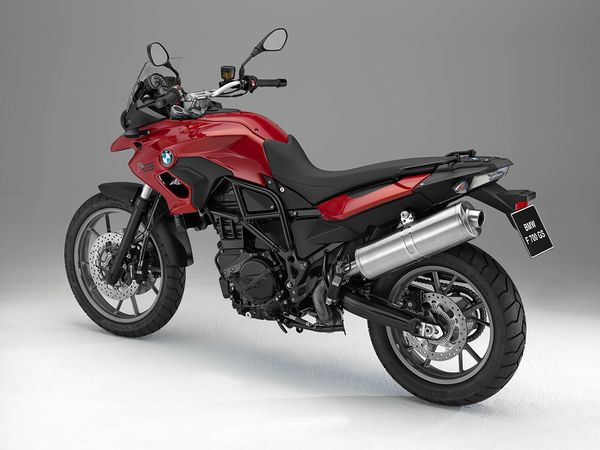 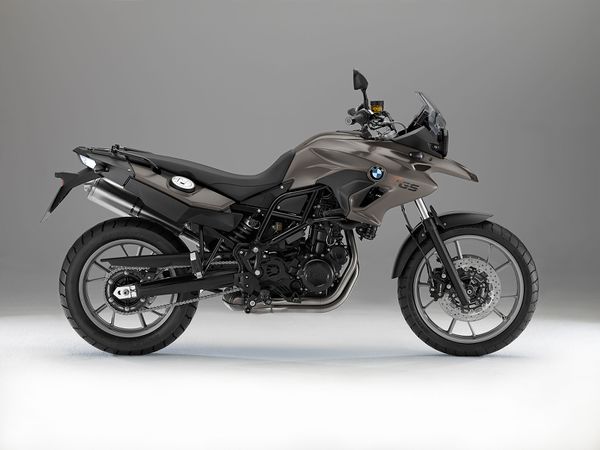 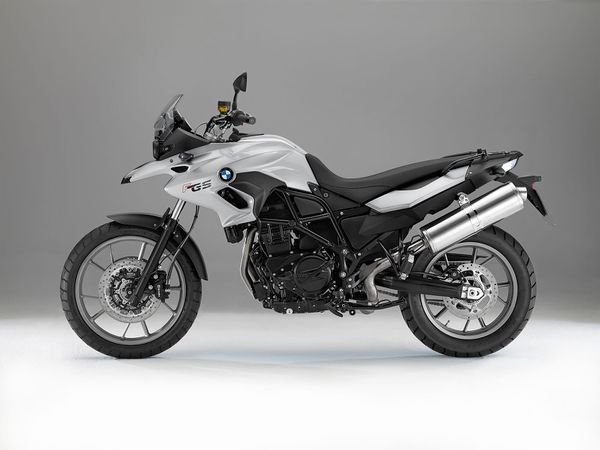 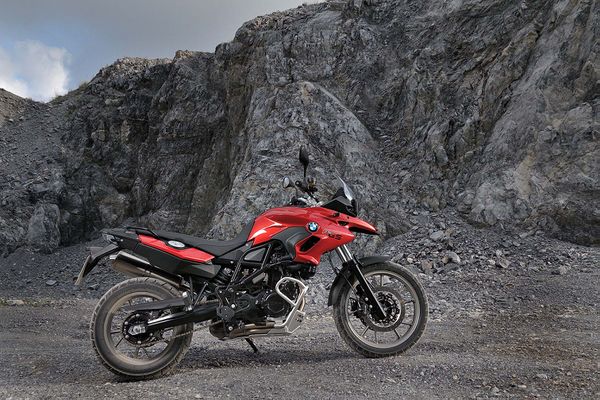 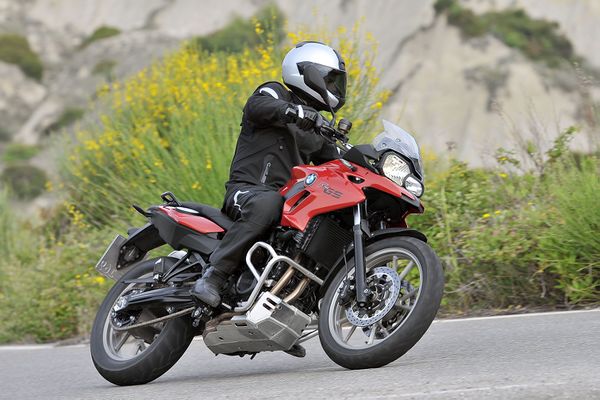 The 2014 MY BMW F 700 GS is a more light and agile machine in the GS family, capable of tackling even harsher off-road tracks. It sports a liquid-cooled, four-stroke, 798cc, twin cylinder engine mated to a six-speed manual transmission, that produces 75 horsepower and 77 Nm of toque. Also it can be fitted with a power reductor, making it suitable for novice riders as well.

It comes standard with disengageable BMW Motorrad ABS, as well as features such as cast aluminum wheels, a 41 mm telescopic front fork, a cast aluminum dual swing arm with a central spring strut rear suspension, and can be fitter with modern technologies such as ESA and ASC, plus features such as heated grips and side panniers, which seriously improve the all-terrain, all-road capabilities of this lightweight machine. 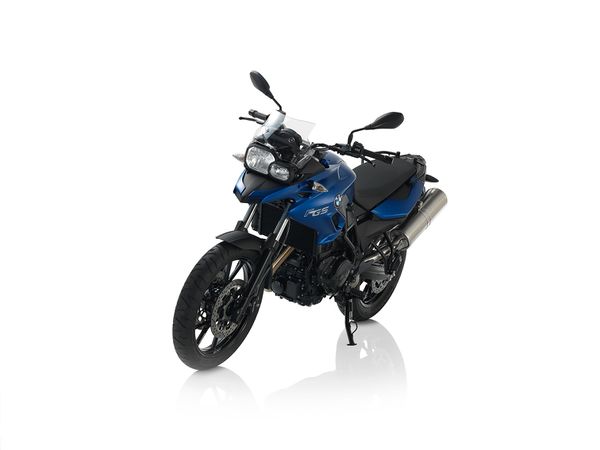 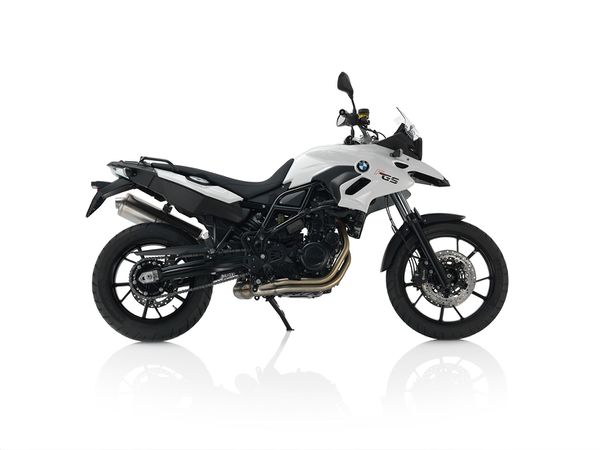 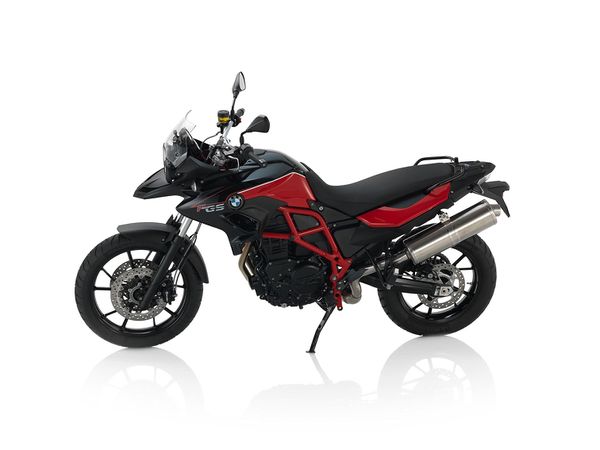 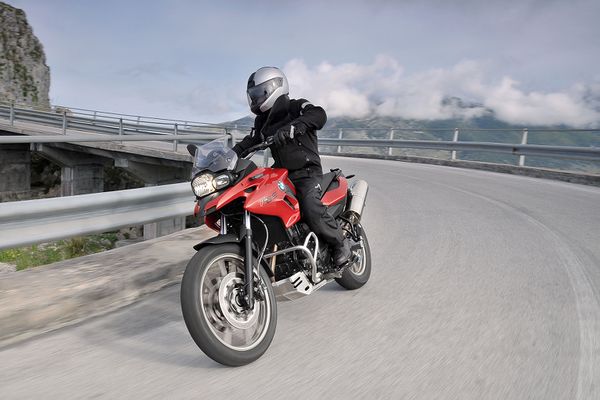 The 2015 MY BMW F 700 GS sports a liquid-cooled, four-stroke, 798cc, twin cylinder powerhouse mated to a six-speed manual transmission, and can produce 75 horsepower and 77 Nm of torque. It addresses both novice and more seasoned riders alike, and can take head on windy country-side roads, solo or two-up, as well as off-road tracks, making it a very versatile machine, as well. It comes standard with BMW Motorrad ABS, and can be fitted with Automatic Stability Control and Electronic Suspension Adjustment, to further increase safety, comfort and performance. In addition, the standard windshield offers increased protection against the elements, and makes this machine capable of longer hauls, even two-up, as all adventure bikes should be. 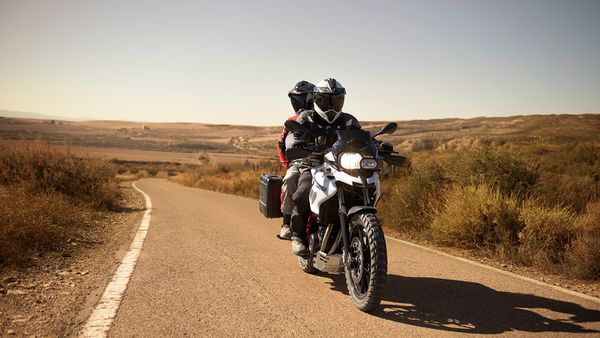 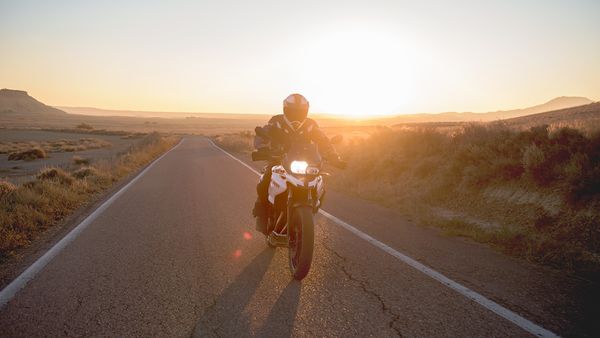 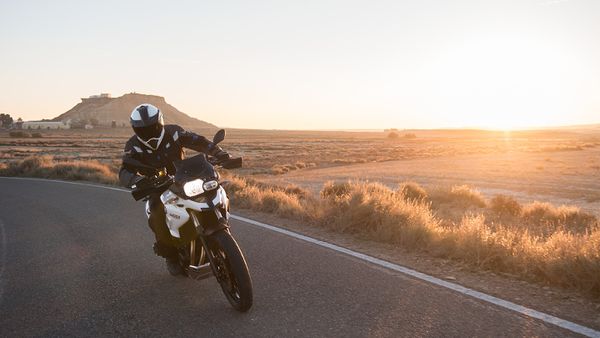 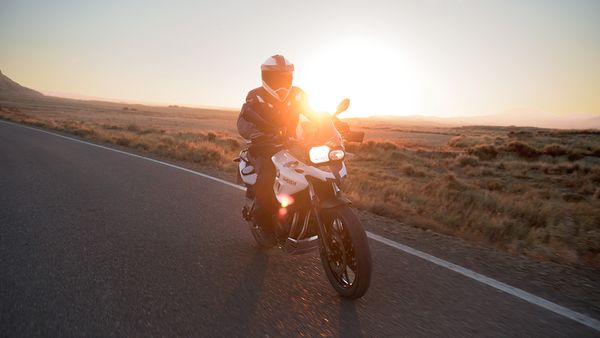 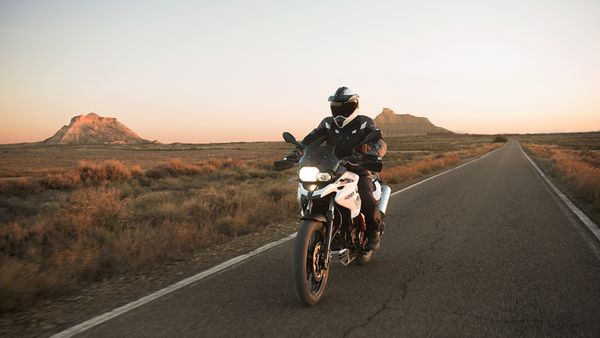 The 2016 MY BMW F 700 GS is a versatile adventure machine, that can fit the needs for all rider sizes, as well as rider experiences. Standard features include blacked-out, cast-aluminum wheels, a dual seat, passenger grab handles, a small windscreen, a digital and analogue instrument cluster, and dual front disc brakes with ABS. In addition, for additional safety, it can be fitted with technologies such as Electronic Suspension Adjustment (ESA II) and Automatic Stability Control (ASC).

In the engine department it sports a liquid-cooled, four-stroke, 798cc, parallel twin cylinder powerhouse paired to a six-speed manual transmission, that can reach a maximum power output of 75 horsepower and 77 Nm of torque.