It came with a 120/70 ZR 17 front tire and a 180/55 ZR 17 rear tire. Stopping was achieved via dual 320 mm floating discs, 4-piston calipers in the front and a single 265 mm disc, single-piston caliper in the rear. The front suspension was a 43 mm telescopic fork while the rear was equipped with a pre-load and rebound damping adjustable, swingarm. The wheelbase was 57.72 inches (1466 mm) long. 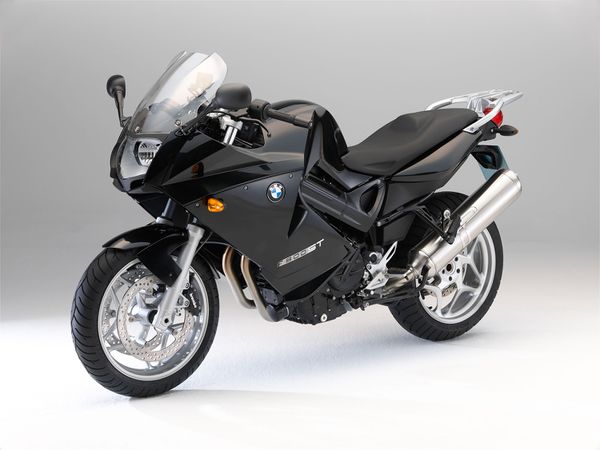 The 2012 MY BMW F 800 ST Touring Package is the House of Munich's answer to F 800 fans, who want to spend as much time as possible behind the bars. Unlike its siblings it comes standard with features such as an on-board computer, luggage case brackets, sport panniers with fastenings and a central locking system, heated grips, a main center stand and ABS, as well as a frame-mounted fairing and a windshield. This makes for one of the most touring-ready middleweight machines available on the market.

In the tech/engine department, it sports a liquid-cooled, four-stroke, 798cc, twin cylinder powerhouse mated to a six-speed manual transmission, that produces 85 horsepower and 86 Nm of torque.