The engine was a liquid cooled single cylinder, four-stroke. A 100.0mm bore x 83.0mm stroke result in a displacement of just 652.0 cubic centimeters. Fuel was supplied via a double overhead cams/twin cam (dohc).

The bike has a 5-speed transmission. Power was moderated via the multiple-disc clutch in oil bath, mechanically operated.

In 2009, the acclaimed G 650 GS saw a rebirth, in the embodiment of the 2010 MY BMW G 650 GS. Its liquid-cooled, four-stroke, single cylinder lump has been tweaked for more power, and it produces 50 horsepower and 60 Nm of torque, thanks to an upgraded fuel injection system. Unlike its ancestor, this model features ABS as standard, and a revised frame, which is stiffer. Also, the suspension now is composed of a Showa telescopic fork, with increased spring travel and a swingarm with longer travel from its central spring strut. Standard heated grips allow the rider spend more time in the saddle, especially in colder months. 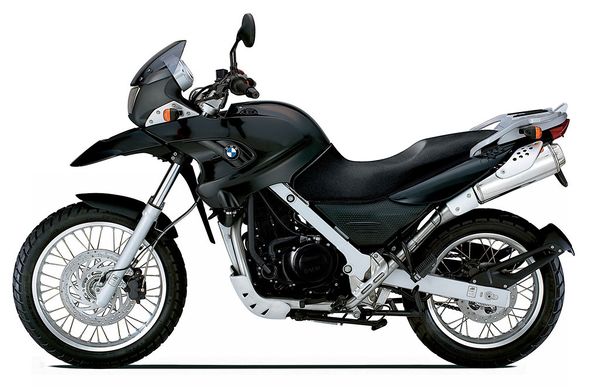 The 2011 MY BMW G 650 GS sports a liquid-cooled, four-stroke, 652cc, single cylinder engine, mated to a five-speed manual transmission, and can produce 50 horsepower and 60 Nm of torque. It is an agile dual purpose machine, capable of coping with both the urban jungle, and the most harsh enduro tracks, alike. It comes with a 41 mm telescopic fork with a stabilizer bridge, as well as a central spring strut actuated by lever-linkage, which makes not only for a plush ride, but also improves maneuverability, whether asphalt is under the wheels or not.

The 2012 MY BMW G 650 GS sports a liquid-cooled, four-stroke, 652cc, single cylinder lump that produces 50 horsepower and 60 Nm of torque. It has been designed as a dual-purpose bike, capable of taking on paved and unpaved roads alike. It comes with features that enhance both riding styles, such as a detachable windshield and a luggage rack. It can take head on the most merciless enduro tracks thanks to the 41mm telescopic front fork with a fork stabilizer, and the steel dual swing arm rear unit, with a central spring strut. Also, a chain guard, cast aluminum wheels and a side stand with a starter inhibitor add to the desirability of this versatile machine.

The 2013 MY BMW G 650 GS is a dual-purpose machine, capable of tackling the wild urban jungle, as well as woodland tracks. It sports a liquid-cooled, four-stroke, 652cc, single cylinder lump mated to a five-speed manual transmission, and can produce 50 horsepower and 60 Nm of torque. It comes standard with a detachable windshield and BMW Motorrad ABS, as well as cast aluminum wheels, a luggage rack and a frame-mounted cockpit fairing. Also, the fuel tank is located under the seat, lowering the center of gravity, and thus, making for a more maneuverable machine, whether on the road or off it.

The 2014 MY BMW G 650 GS is a lightweight adventure machine, capable of tackling both urban commuting, as well as unpaved roads. At its heart lies a liquid-cooled, four-stroke, 652cc, single cylinder engine mated to a five-speed manual transmission, and can produce 50 horsepower and 60 Nm of torque. It comes with BMW Motorrad ABS as standard, as well as a detachable windshield for off-road use, a 41 mm telescopic front fork with a fork stabilizer, a steel dual swing arm with a central spring strut rear suspension, a luggage rack cast aluminum wheels, which make it capable of tackling all sorts of roads, paved or unpaved.

The 2015 MY BMW G 650 GS sports a liquid-cooled, four-stroke, 652cc, single cylinder lump mated to a five-speed manual transmission, and can produce 50 horsepower and 60 Nm of torque. It is lightweight, tipping the scale at only 195 kg, but still gritty enough to put a smile on the rider's face. In addition, its long suspension travel of 6.7"/6.5" front/rear make it capable of taking on even the most difficult off-road tracks.

It can be fitted with optional such as hand protectors, an aluminum sump guard, a high windshield and side cases, as well as ABS and heated grips, which seriously increase the versatility and desirability of this machine.