It came with a 110/80 V18 front tire and a 140/80 V17 rear tire. Stopping was achieved via dual 285mm discs, 4-piston calipers in the front and a single 200mm disc in the rear. The front suspension was a 41mm Showa telescopic fork while the rear was equipped with a BMW Motorrad Paralever, Showa mono-shock. The wheelbase was 58.82 inches (1494 mm) long. 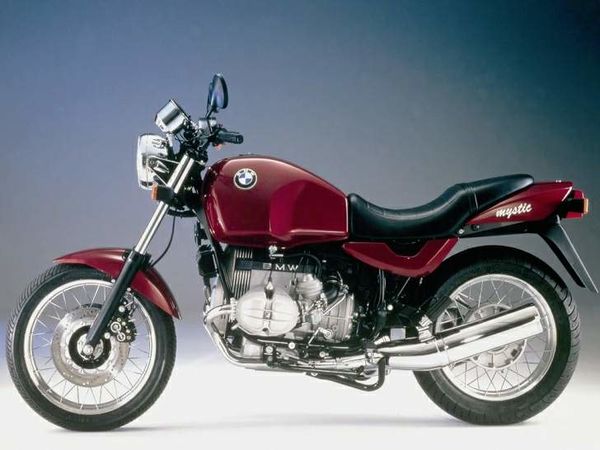 The 1993 MY BMW R 100 Mystic is a special edition of the R 100 R, designed for those riders with a more nostalgic side, that also appreciate minimalism and simplicity in design. Unlike the base model, it comes with a shorter front fender, a shorter seat, they have removed the pillion grab handles and the luggage rack, have fitted it with a smaller but still effective headlight and a shorter exhaust.

In the engine department, it has the same air-cooled, four-stroke, 980cc, boxer two cylinder powerhouse paired to a five-speed manual transmission with a shaft final drive, that can reach a maximum power output of 60 horsepower and 76 Nm of torque.