Power was moderated via the Dry single plate, with diaphragm spring.

It came with a 3.25 - H19 front tire and a 4.00 - H18 rear tire. Stopping was achieved via 2 x ∅260mm discs, 2 piston calipers in the front and a Simplex ∅200 mm drum in the rear. The front suspension was a Telescopic fork with hydraulic shock absorber. while the rear was equipped with a Long swinging arm with adjustable strut.. The R100RS Motorsport Special Edition was fitted with a 24 Liters / 6.3 US gal fuel tank. The wheelbase was 1465 mm / 57.67 in long. 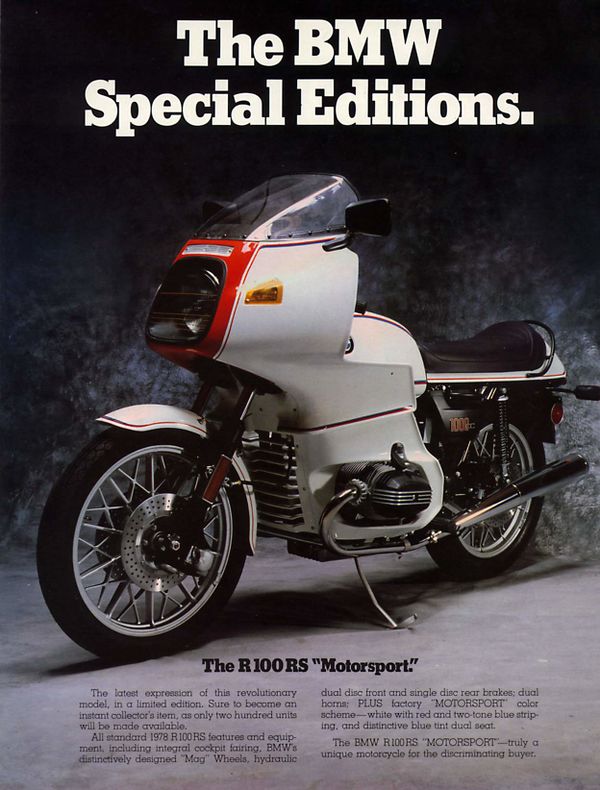 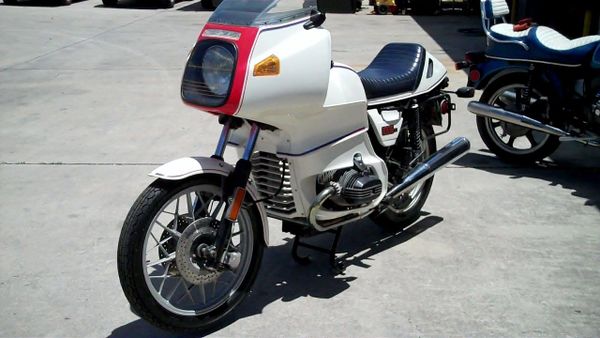 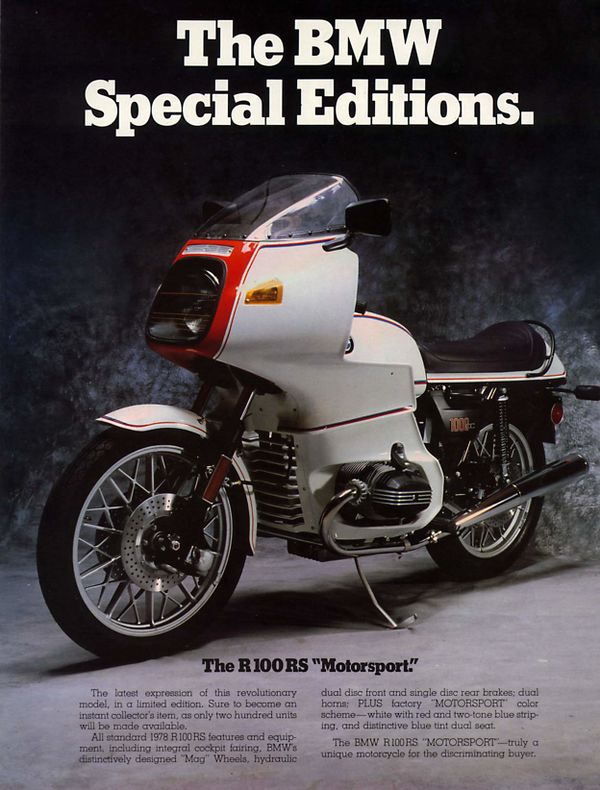 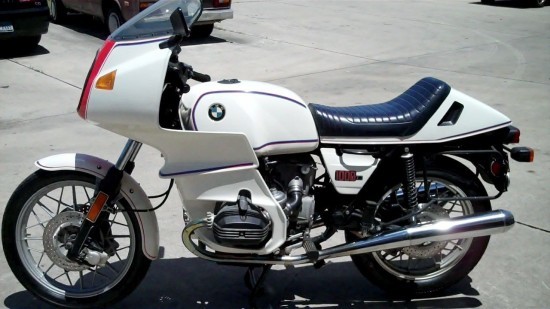 The Motorsport Special Edition of the R 100 RS from BMW welcomes touring riders with a special paint scheme, to make it stand out in a crows, BMW "Mag" wheels, a more efficient braking system with dual front discs and a single rear one and a blue-tinted dual seat. In all other departments, it features the same specs as the base model.

In the engine department, it sports an air-cooled, four-stroke, 980cc, boxer twin cylinder powerhouse paired to a five-speed manual transmission that can produce a claimed 76 Nm of torque and 70 horsepower.