Power was moderated via the Dry, single plate, cable operated.

It came with a 120/70-17 front tire and a 160/60-18 rear tire. Stopping was achieved via 2 x ∅305mm discs, 4 piston calipers in the front and a Single ∅276mm disc, 2 piston caliper in the rear. The front suspension was a Telelever with central spring strut & linear-rate coil spring. Twin-tube gas-filled shock while the rear was equipped with a Paralever swingarm & shaft drive, single-tube gas-filled shock, variable rebound setting. The R1100RS 75th Anniversary was fitted with a 22 Liters / US 5.8 gal fuel tank. The bike weighed just 239 kg / 526 lbs. The wheelbase was 1485 mm / 58.5 in long.

The German engineers from the House of Munich have designed a special, limited edition of their acclaimed R 1100 RS model, to celebrate 75 years since they have been designing and building motorcycles. Besides all the features found on the base model, the 75th Anniversary one also comes with special paint schemes, and a number of features as standard, that were formerly available only as optionals.

In the engine department, it has a four-stroke, air-cooled, 1085cc, boxer twin cylinder powerplant paired to a five-speed manual transmission that can reach a maximum power output of 90 horsepower and 95 Nm of torque. 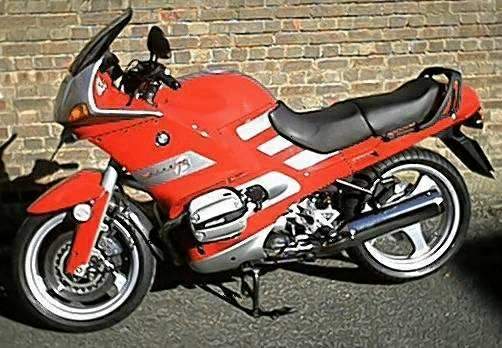