The bike has a 6-speed, manual transmission. Power was moderated via the dry, single plate, hydraulic. 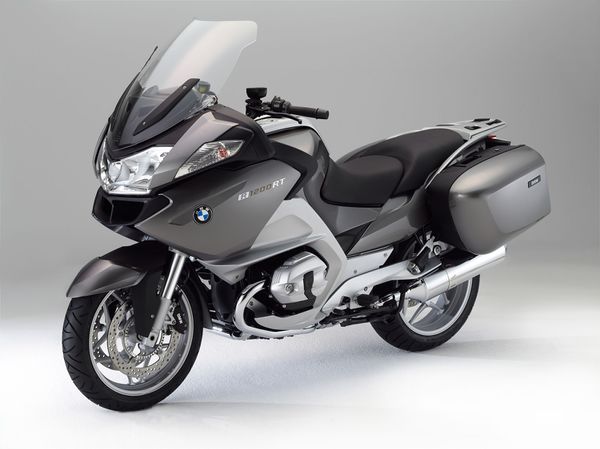 The 2012 MY BMW R 1200 RT Special Equipment Package has at its heart, as the base R 1200 RT, an air-cooled, four-stroke, 1170cc, boxer twin cylinder powerhouse paired to a six-speed manual transmission, and can produce 110 horsepower and 120 Nm. Unlike its sibling, it comes standard with features such as a chromed exhaust system, second generation Electronic Suspension Adjustment, heated seats and grips, Cruise Control and an on-board computer with oil level warning, which makes for a machine better suited for long hauls, even continent crossing, without affecting the trademark sporty nature it comes with.