The front suspension was a single spring girder fork while the rear was equipped with a hard-tail, sprung seat. 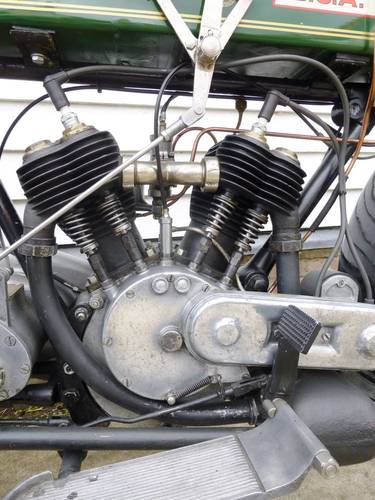 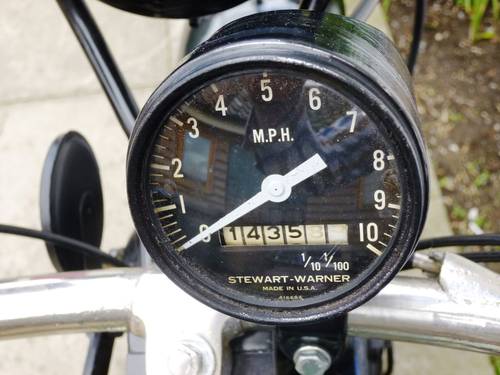 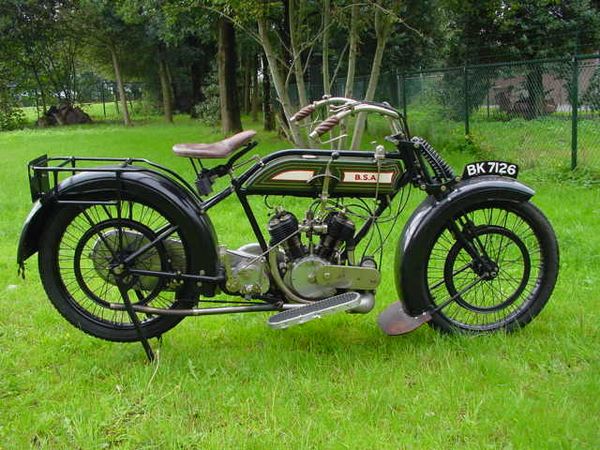 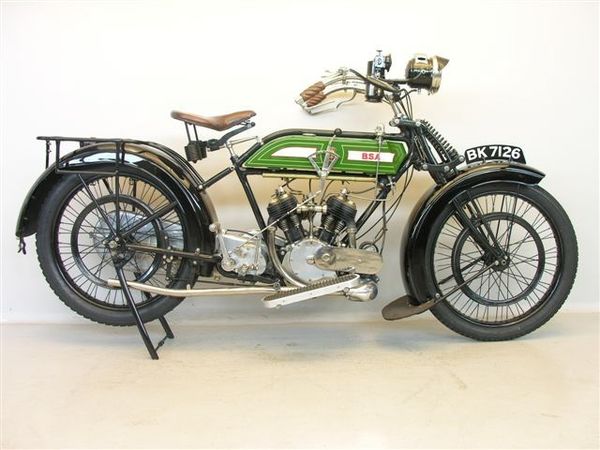 The 1921 BSA A has, at its heart, an air-cooled, four-stroke, 770cc, V-Twin powerplant paired to a three-speed manual transmission and can produce a claimed 5 horsepower at 3000 rpm. This classic machine had features such as wire-spoked wheels, a single seat, a hard-tail rear suspension, a rear luggage rack, pull-back handlebars, full-fenders and rider floorboards.