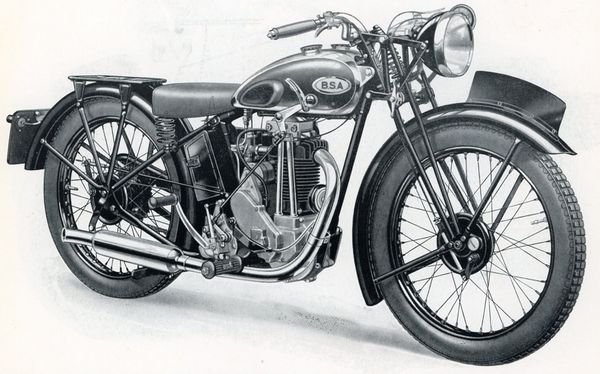 During the 1930s BSA concentrated on producing a range of dependable, well-made, competitively priced motorcycles. In the decade's early years the firm offered two B-series machines in the 250 class: one sidevalve, the other overhead-valve. Both featured engines having vertical cylinders and magneto ignition carried in conventional cycle parts with rigid frames and girder front forks. The gearbox was a three-speed unit with hand change. A higher-specification 'Blue Star' model was an addition for 1933 while a full electrical system, originally an optional extra, became standard equipment for 1934.

De Luxe versions came with the four-speed gearbox and a choice of foot or hand change. Production of the popular B-Series 250s continued to the decades end when the range was superseded by the new C-Series quarter-litre models  the C10 and C11.